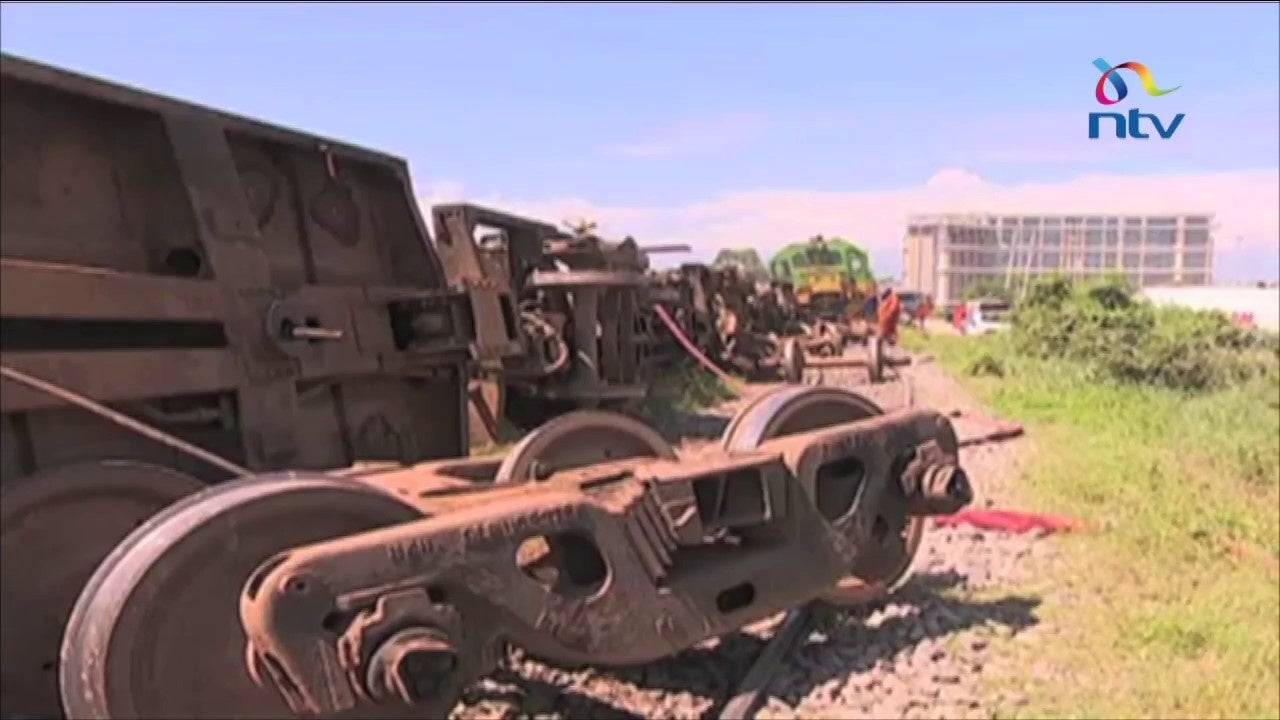 A cargo train carrying 250,000 liters (66,000 gallons) of super
petroleum, or unleaded gasoline, derailed off its tracks after taking a sharp turn along Kenya’s eastern coast, forcing the closure of a major highway over the weekend, according to local reports.

The accident occurred early Sunday in Kibarani in Mombasa County, and prompted authorities to completely close off Makupa Causeway, the main link between the mainland and Mombasa Island, fearing a fire would break out after spillage of the highly flammable liquid,
The Star, Kenya reported.

Thousands of commuters were left stranded until the highway was reopened Monday after experts determined the area was safe. No injuries were reported and the exact cause of the derailment is not yet determined.

The 16-wagon Kenya Railways train was headed towards Nairobi and was carrying fuel for Vivo Energy.

Maritime and Shipping Affairs Principal Secretary Nancy Karigithu said about 3,000 liters (790 gallons) leaked from the impacted wagons. Authorities have contained the fuel with foam and coolant, she said.

“The leakage came from two wagons, one of them was profuse. Luckily enough, no oil was spilled into the
ocean,” Karigithu said, as quoted by The Star, Kenya.

Karigithu added that experts are working to ensure the fuel does not enter the ocean and affect the marine system.

However, a number of
conflicting reports, including one published from Reuters on Monday, suggested that some cargo plunged into the Indian Ocean. Mombasa police chief Johnstone Ipara told the news service a team of engineers and other local experts were working Monday to recover five train wagons that submerged in the ocean.

A witness also told Reuters the water that the wagons submerged into was slick with a substance that appeared to be a petroleum product.

But Karigithu insisted in a
People Daily report posted Monday that the fuel has not reached the ocean.

“Contrary to reports, not a drop has spilled into the ocean, the ocean is about 500 meters from scene of derailment and we are managing the situation well. Our main priority now is to secure the lives of Kenyans first, the cause of the derailment will be established later,” she said.