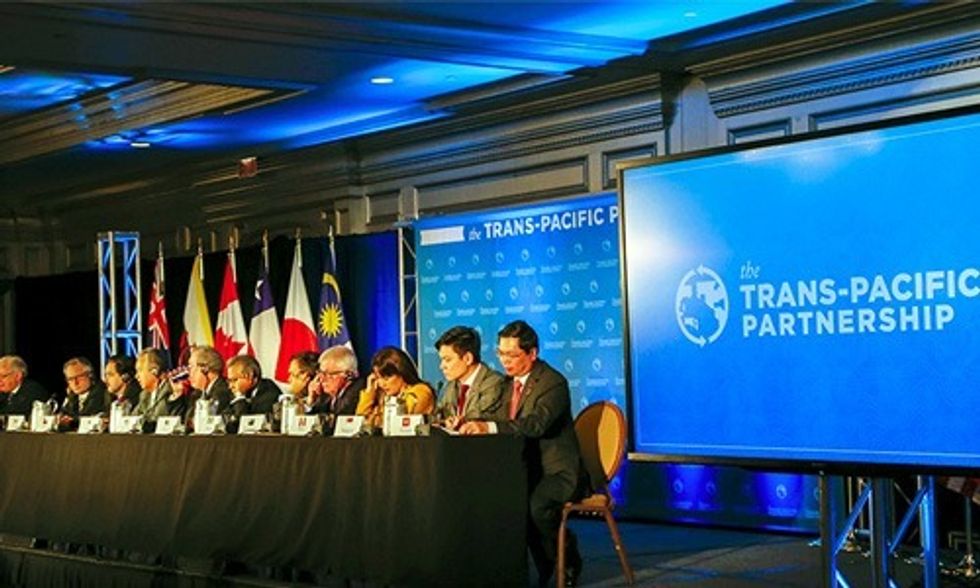 The TPP includes a new provision designed to second-guess the government inspectors who monitor food imports. The so-called Rapid Response Mechanism allows companies to challenge border inspection procedures that companies claim cause unnecessary delay—like holding suspect shipments while awaiting laboratory test results—and demand that a TPP panel of experts review and provide guidance on the inspection. This would create a chilling-effect on rigorous border inspection that would be especially dangerous for problems that are not obvious, like chemical or drug residues that would only appear after more thorough examination and testing.

The TPP will increase the volume of imported and potentially risky foods coming into the U.S., but tie the hands of the border inspectors who are the last line of defense between the shipper and the supermarket. The TPP gives companies new powers to second guess inspectors and push uninspected food onto the market.

The TPP food safety rules also include a host of deregulatory catch phrases and code words that are considerably stronger than the food safety rules in prior trade deals like the World Trade Organization. The food and agribusiness industry demanded—and received—stronger sanitary and phytosanitary (SPS ) disciplines that make it harder to defend domestic food safety standards from international trade disputes. It also directs the U.S. to expand the current policy of recognizing foreign food safety systems that are not as strong as ours.

American consumers are pushing to block the use of artificial and potentially risky processes and ingredients, like antibiotics and GMOs, but the TPP could trump these democratic efforts to improve our food supply.

The biotechnology industry received the biggest benefit from the TPP. This is the first trade agreement to provide specific biotechnology protections, according to the U.S. Trade Representative and U.S. Department of Agriculture. The posted SPS chapter does not include the Annexes where these provisions would be located. Agribusiness and biotech seed companies can now more easily use trade rules to challenge countries that ban GMO imports, test for GMO contamination, do not promptly approve new GMO crops or even require GMO labeling.

The TPP gives the food industry a powerful new weapon to wield against the nationwide movement to label GMO foods. The language in the TPP is more powerful and expansive than other trade deals that have already been used to weaken or eliminate dolphin safe tuna and country of origin labels.

The TPP food safety and labeling provisions are worse than expected and bad news for American consumers and farmers. Congress must reject this raw deal that handcuffs food safety inspectors and exposes everyone to a rising tide of unsafe imported food.