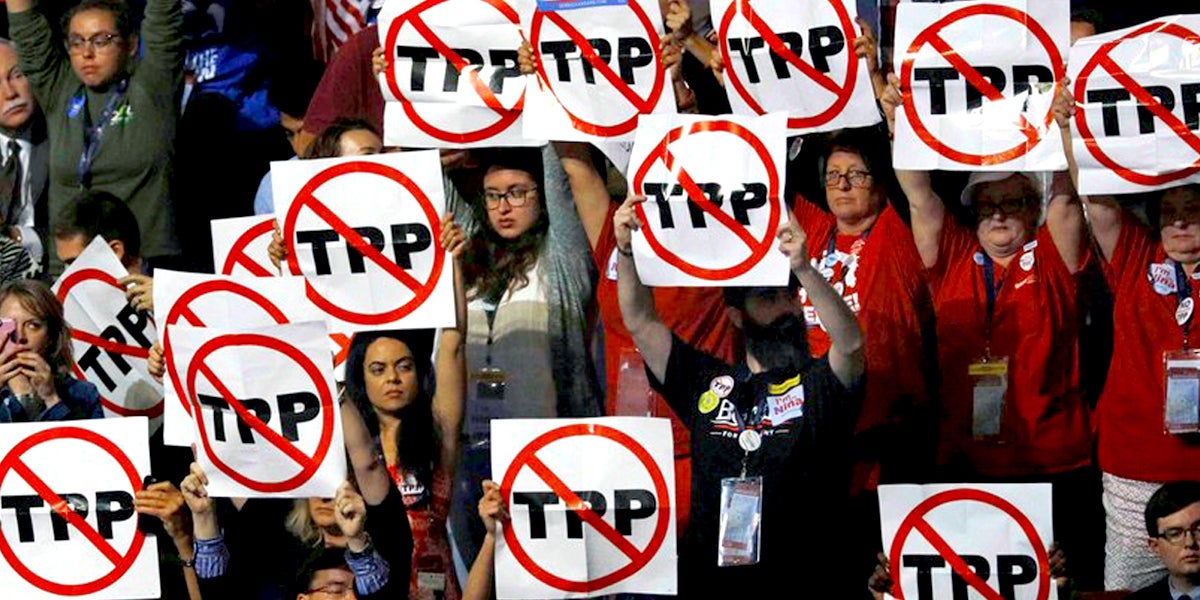 After years of campaigning against the fatally flawed Trans-Pacific Partnership (TPP), the deal appears dead.

The TPP represented the latest in a string of trade deals that put corporate interests ahead of communities, workers, public health and the environment. The broad-based, cross-border campaign tirelessly pressed elected officials to reject the TPP, preventing Congress from passing it this year. Without the environmental, labor, consumer, farm, faith, development and so many other groups that highlighted TPP’s shortcomings and organized in their neighborhoods and communities, the TPP would have sailed through Congress before the early presidential primary ballots were cast.

Food & Water Watch was proud to be an integral part of this movement to block the passage of the TPP. Today, there is no path forward to pass the TPP in 2016. Late last week, the White House and House Speaker’s office effectively conceded that the TPP’s proponents lack the votes to pass the trade deal. We will remain vigilant to ensure that the corporate lobbyists that support the deal do not make one last try to pass it during the remainder of the lame duck congressional session or in the next Congress.

The lobbyists who are streaming into the Trump administration supported the TPP and the corporate trade model. We will reject the same corporate trade model masquerading as new trade policy under the next administration. There must be a moratorium on pending trade deals—including those covering the services industries, various investment treaties and the pact with the European Union. Instead, we must craft trade policies for the 21st Century.

We will continue to campaign to build a trade policy that works for everyone—both here and abroad. We need trade deals that put people before profits, communities ahead of corporations, workers ahead of Wall Street and farmers ahead of food companies. It’s time for a transparent, inclusive and equitable trade model that prioritizes human and labor rights, environmental protection and consumer safety. The success of our campaign to stop the TPP shows that the people’s movement can deliver real victories when we are united.