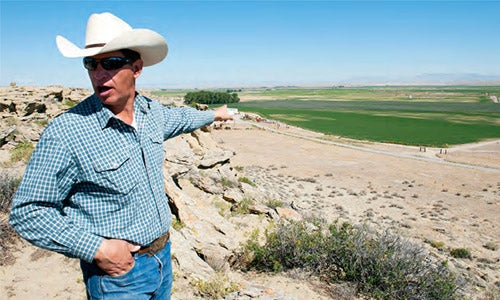 A coalition of community and environmental health groups released Thursday a first-of-its-kind research combining air monitoring methods with new biomonitoring techniques to determine if toxic air emissions from natural gas operations could be detected in the bodies of nearby residents.

The study, When the Wind Blows: Tracking Toxic Chemicals in Gas Fields and Impacted Communities, found evidence of eight hazardous chemicals emitted from Pavillion, Wyoming gas infrastructure in the urine of study participants. Many of those chemicals were present in the participants’ bodies at concentrations far exceeding background averages in the U.S. population. 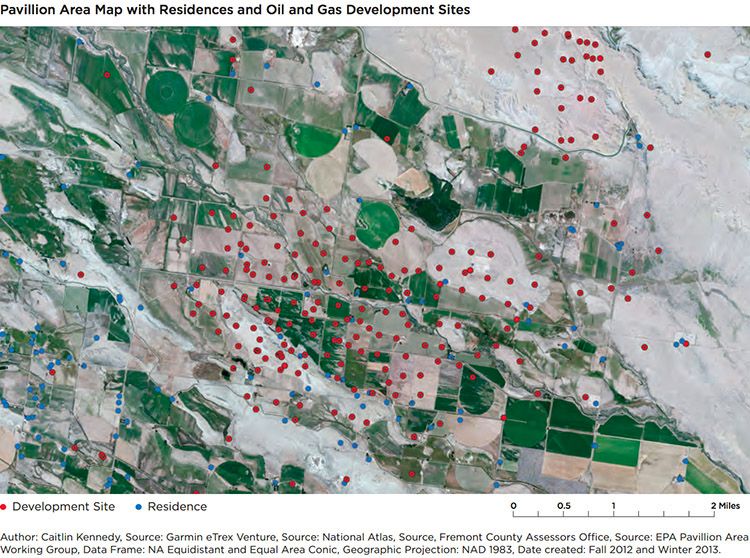 “If your drinking water is contaminated with toxic chemicals you might be able to make do with another source, but if your air is toxic you can’t choose to breathe somewhere else,” Deb Thomas, director of ShaleTest who lives in Wyoming and was one of the study leaders, said.

“No matter which way the wind blows, gas development involves so many emissions sources that people can’t help but to be exposed to toxic chemicals from their operations. Unfortunately, this is what everybody who is living with oil or gas drilling now has to look forward to if that drilling leads to production.”

Science experts along with community members from Pavillion used a variety of air monitoring and biomonitoring methods in concert to understand if air emissions from gas production equipment are being absorbed into the bodies of nearby residents. They then used new biomonitoring methods that have been developed to detect the signature of hazardous chemicals in study participants through the metabolites or “break-down” products and other evidence of toxic chemical exposure.

“These symptoms match up with the known effects of the toxic chemicals emitted in our air from gas production operations. This biomonitoring project was an opportunity to find out if the chemicals we know are in the air, are also in our bodies.” 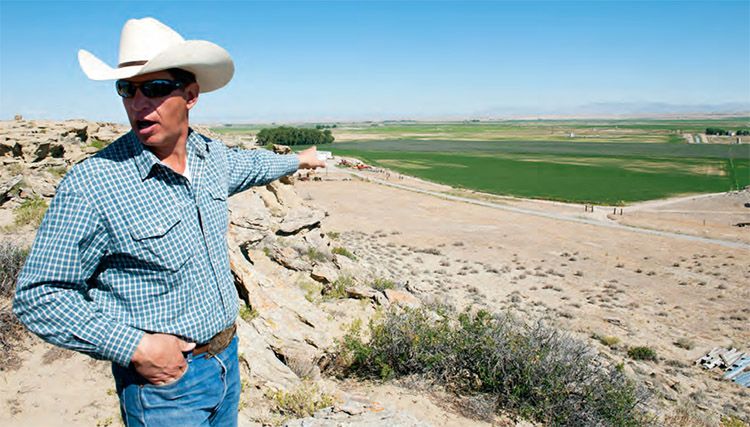 Researchers found volatile organic compounds (VOCs) in the air emitted from gas operations in Pavillion and in the air immediately surrounding people working and living in the area. Later, researchers found evidence of these same chemicals in study participants’ bodies. The study focused on VOCs and a specific family of VOCs named BTEX chemicals (Benzene, Toluene, Ethylbenzene and Xylenes), because these chemicals are known to be hazardous to human health, even at low levels.

VOCs detected in this study are linked to chronic diseases such as cancer, reproductive or developmental disorders, as well as respiratory problems, headaches, nosebleeds and skin rashes. Study leaders note that because VOCs are so ubiquitous in products and in our homes, it is possible that the VOCs detected in participants’ bodies came from multiple sources. Having conducted this new “methods development” for air and biomonitoring of these toxic chemicals, researchers hope to improve upon these methods to further understand how these chemicals travel through the environment.

When the Wind Blows details these specific findings:

“It’s outrageous that Pavillion residents don’t know if toxic chemicals are in their air or bodies, especially since gas production has been going on here for decades,” Wilma Subra, an award-winning biochemist and one of the scientists involved in the project, said. “We may just be finding out and proving, that they’ve been exposed to toxic chemicals in the air for thirty years. Hopefully, the methods that we developed through this study will help them get better protections from government agencies responsible for public health—and help other communities across the nation get the protections they deserve.”

The report also contains hazards assessments, conducted by Clean Production Action, for many of the toxic chemicals detected in the air or bodies of Pavillion residents. The GreenScreen for Safer Chemicals analysis presented in the report is a globally recognized tool designed to succinctly present known science on hazards associated with specific chemicals, as well as data gaps where hazard research hasn’t been conducted. The GreenScreen analysis shows that many of the chemicals detected in the air around Pavillion and in the bodies of study participants are extremely hazardous and should be avoided—although Pavillion residents have been unable to avoid these ongoing exposures now for decades.

Based on the findings of this report and the new methods developed to understand health impacts resulting from gas operation’s air emissions, report authors and affiliated groups are making the follow recommendations: