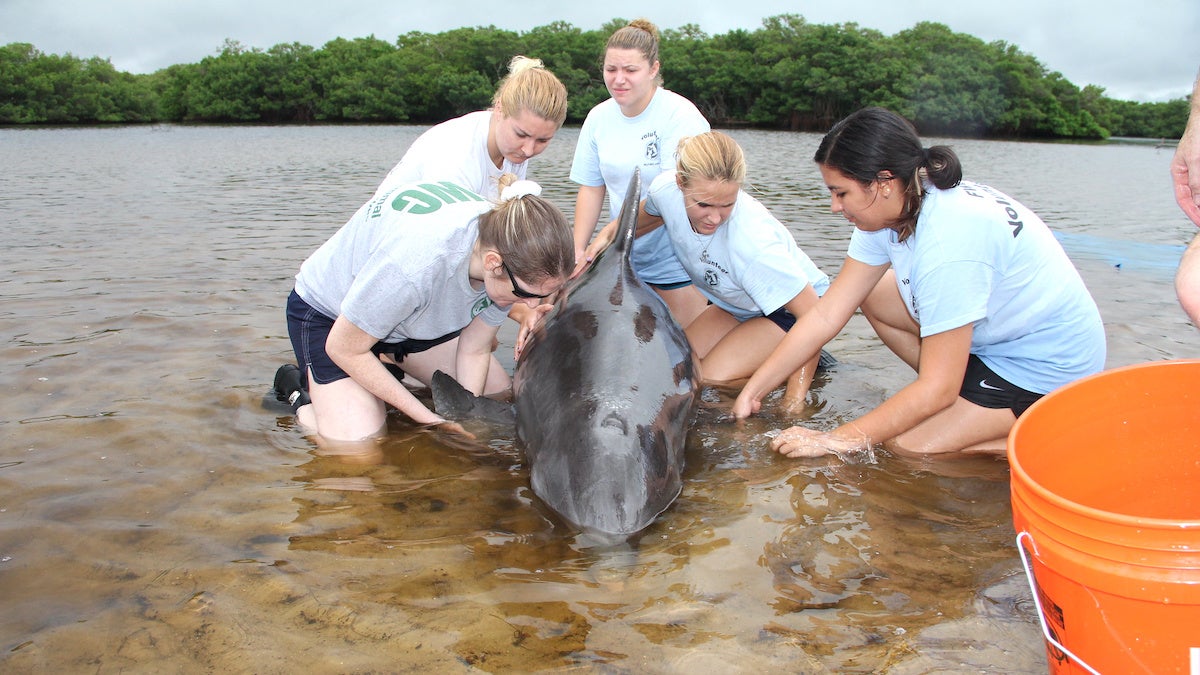 A new study gives a first look at the presence and potential effects of plastics and new forms of synthetic chemicals in stranded dolphins and whales along the coast of the southeastern U.S.

New toxins and chemicals entering the market are bombarding the ocean and its inhabitants on an unprecedented scale, according to the research that was published Wednesday in Frontiers in Marine Science, as CNN reported. Large ocean mammals that washed up ashore between 2012 and 2018 are similar to a canary in a coal mine, according to Courthouse News, since these animals retain chemical deposits in their blubber and offer a window into the health of the larger ocean ecosystem.

The animals tested comprised toothed whales, which include dolphins, porpoises and other whales like the melon-headed whale and the Cuvier’s beaked whale, according to CNN.

“Marine mammals are ecosystem sentinels that reflected anthropogenic threats through their health — which has implications for human health as well,” says lead author assistant professor Annie Page-Karjian of the Harbor Branch Oceanographic Institute at Florida Atlantic University, in a statement.

“For example, many of the species in this study prey upon fishes that are also preferred species for human consumption — so monitoring concentrations of contaminants in these animals provides a relatively low-cost snapshot of the potential exposure risk in humans, as well as other marine animals.”

The stranded animals included 11 different species, providing the first evidence for two rarer species: white-beaked dolphin and Gervais’ beaked whales, according to Frontiers in Marine Science. The stranded animals represented males and females, young and old, which allowed the scientists to look at differences between the groups.

The results showed that species such as bottlenose dolphins had higher amounts of lead and mercury in their system than pygmy sperm whales. Female bottlenose dolphins had higher levels of arsenic than their male counterparts. Dolphins stranded in Florida displayed higher concentrations of lead, mercury and selenium and lower iron levels than those stranded in North Carolina, according to Courthouse News.

These toxic chemicals mostly enter the ecosystem from the burning of fossil fuels and mining, said Alistair Dove, vice president of research and conservation at the Georgia Aquarium in Atlanta, to CNN. Dove was not involved in the study.

“If humans eat a lot of fish that contain too much arsenic and mercury, these metals can poison the liver and other organs, or cause neurological damage to the brain and nervous system,” said Dove to CNN.

As Courthouse News noted, the most oceanic pollution begins on land. Septic tanks, vehicles, farms and ranches all use or produce pollutants that eventually make their way into the ocean thanks to runoff. Trash produced far inland eventually makes its way into the ocean via rivers and canals. The scientists note that curbing this upstream pollution from runoff and the use of single plastics would go a long way to helping the oceans heal.

“If we reduce the use of fossil fuels, we can slow the rate of climate change and put fewer pollutants into the ocean,” Dove said to CNN. “This applies to mercury, which most often comes from coal-fired power plants, and even plastics, which are ultimately produced from natural gas.”