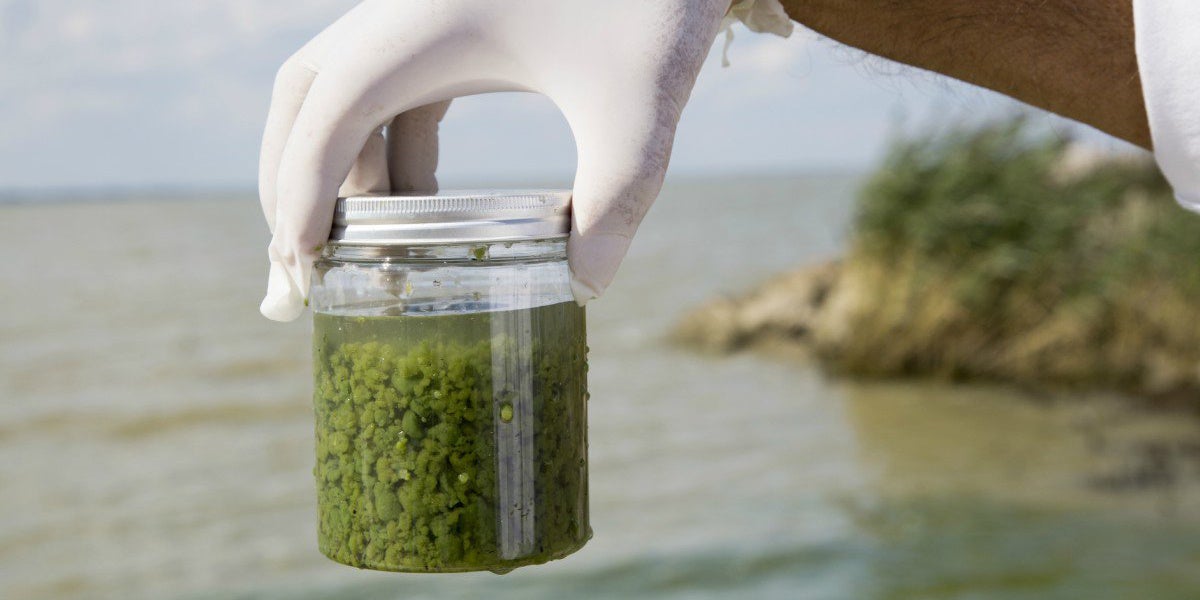 Across the U.S., a growing epidemic of toxic algal blooms is polluting lakes and other waterways, according to a new report by the Environmental Working Group.

Toxic algal blooms occur when chemical pollution from farms and other sources runs off into waterways, forming a thick, green, soup-like substance on the surface. The blooms are hazardous to human health and can even kill pets. And they can make tap water unsafe to drink, as residents of Toledo, Ohio, learned in 2014, when a massive bloom blanketed Lake Erie and invaded the city’s water supply.

“Toledo was a wake-up call for many people,” said Craig Cox, EWG’s senior vice president for agriculture and natural resources. “It was the first major city to declare its water supply unsafe for human consumption due to a toxic algal bloom. But many more Americans are experiencing the damage these blooms can wreak—and the problem is getting worse.”

No government entity tracks blooms nationwide, but EWG’s analysis of news coverage and satellite imagery found that, since 2010, nearly 300 blooms have been recorded in lakes, rivers and bays in 48 states. The problem has grown exponentially during that period: 169 toxic blooms were reported in 40 states in 2017, compared to only three blooms in 2010.

The EWG report includes an interactive map of 288 blooms, as well as before-and-after satellite photos of 24 blighted lakes in 12 states and a short video about the Lake Erie bloom, which is now an annual phenomenon. And Lake Erie isn’t the only place with a reliable yearly bloom—in recent years federal regulators began issuing an annual “bloom forecast” for some coastal states and plan to expand the program.

Toxic algal blooms have erupted in every state. In California, state agencies recently raised alarm about the problem, noting 141 public health alerts by state and local authorities in 2017 alone. In 2016, Florida declared a state of emergency in four counties inundated by a huge bloom.

Algal blooms can cause fish die-offs and harm other marine life, and they can devastate local economies by curbing tourism and recreational activities like swimming, fishing and boating. Blooms often reach their peak in the summer, but can also occur well into the fall and winter. In many places, they are forming earlier each year. Changing weather patterns associated with climate change exacerbate the issue.

What’s usually referred to as blue-green algae are actually photosynthetic organisms called cyanobacteria. And not all algal blooms are toxic. They become dangerous when they create byproducts such as microcystin, the toxin that contaminated Toledo’s water. Short-term exposure to microcystins through skin contact, ingestion or inhalation can cause sore throat, nausea, vomiting, diarrhea and liver damage. Long-term exposure can lead to cancer, liver failure and sperm damage.

While algal blooms can happen naturally, the recent spike is indisputably linked to pollution from farms. When fertilizer and animal manure run off into lakes, streams and bays, chemicals—including phosphorous—can spur the unchecked growth of cyanobacteria, particularly in warm weather.

“Farmers are largely exempt from the Clean Water Act,” Cox said. “And the rising number of blooms is directly related to the staggering intensification of crop and livestock production. Farmers get billions of taxpayer dollars each year through federal farm and insurance subsidies. It’s more than fair to ask them to take steps to prevent pollution in return for such generous support from their fellow citizens.”

Simple techniques like planting strips of grass next to streams and applying fertilizer using precision methods can cut water pollution from farms.

“Voluntary programs alone aren’t getting the job done. It is far past time to expect landowners to meet basic standards of caring for their land and our water,” Cox said.

At two hearings last month, Environmental Protection Agency Chief Scott Pruitt was repeatedly asked by lawmakers from Ohio about the EPA’s plans to combat algal blooms under its authority from the Clean Water Act.