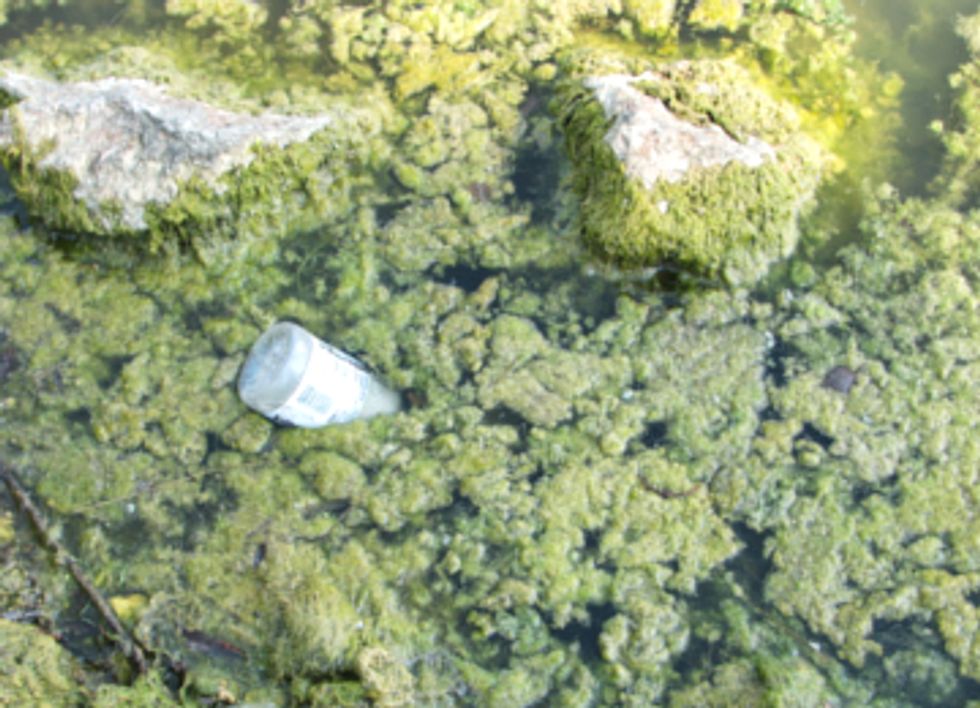 Summer should be a time for fishing, boating and swimming with family on our nation’s lakes. Yet instead of fresh clear waters, many are encountering mats of thick blue-green harmful algal blooms (HABs)—also known as toxic algae.

A new, first-of-its-kind national online map by the communications firm Resource Media shows that 21 states across the U.S. have issued health advisories and warnings related to harmful algal blooms at 147 different locations on lakes, rivers and ponds this summer.

In partnership with the National Wildlife Federation’s Great Lakes Regional Center, Resource Media is also releasing a report, Toxic Algae: Coming Soon to a Lake Near You? The report provides a look at how extreme weather and an increase in nonpoint source pollution from agriculture and failing septic systems are spurring its spread. Health impacts and economic costs are also reviewed.

The scourge continues to fly beneath the radar of national attention, in part because:

Tracking of toxic algae showed that this summer:

“No one wants a green, sick lake,” said Andy Buchsbaum, regional executive director, National Wildlife Federation’s Great Lakes Regional Center. “And yet that’s what communities across the country are facing. Excessive runoff is feeding an explosion of toxic algae that is choking our waters, closing our beaches, and posing a threat to people, pets and wildlife. This is a national problem that demands a national solution.”

Heavy rains this spring and summer increased the volume of chemical fertilizer and manure from crops and livestock operations entering waterways across the U.S. Scientists caution that these conditions, plus record-high summer temperatures, contribute to the spread of toxic algae and associated lake closures. Cyanobacteria, also called blue-green algae, can produce liver and nerve toxins that make people and pets sick, and even kill dogs. In addition to public health threats, toxic algae blooms in lake communities have a significant effect on local economies by reducing lake-related tourism.

The report urges federal public officials to set limits on the amount of phosphorous allowed into waters; to maintain efforts to restore the nation’s great waters, including the Chesapeake Bay, Great Lakes, Gulf of Mexico and others; and to pass a strong Farm Bill that pays farmers to take specific actions to help protect soil and water quality.

More federal attention to the problem is needed. “The reach and extent of harmful algal blooms has likely been under-reported due to the lack of a national program to track health warnings and lakes closures,” said Alan Wilson, associate professor of limnology at Auburn University. “Regional monitoring networks could help fill this important scientific void, and tell us more about how climate change, land use and nutrient pollution influence HAB frequency and intensity."