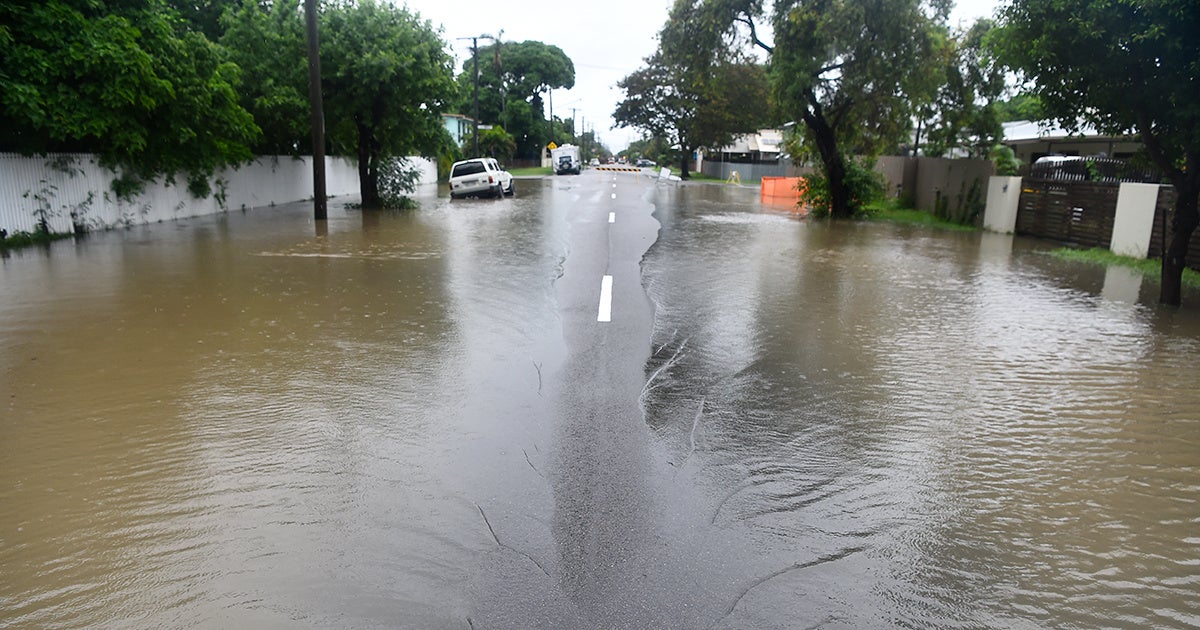 A disaster was declared in Townsville in Queensland, Australia after heavy rainfall caused a landslide Thursday that prompted police to order evacuations of properties including an apartment complex, Australia’s ABC News reported. Premier Annastacia Palaszczuk closed all schools and childcare centers in the area Friday as the rain is expected to keep falling through the weekend.

The monsoon system has also caused flooding in the area, submerging 50 homes and stranding around 30 people who had to be rescued, according to The Guardian.

“There was no water on the ground around our house when I left,” flood survivor Elly Carpentier said, according to The Guardian. Carpentier said she went to pick up two of her three children from school and came back to a flooded home. “The floodwater came up three meters (approximately 9.8 feet) in 30 minutes. My house was submerged under water, that’s how quick it was. It was incredible. I have never seen anything like it.”

The flood risk zone stretches through 850 kilometers (approximately 528 miles) of Queensland north to south from Daintree to Mackay. The Bureau of Meteorology (BOM) expects some areas will see 400 millimeters (approximately 15.7 inches) of rain daily for several days. But Townsville has been especially inundated.

“The annual rainfall for Townsville is 1.1 metres (approximately 3.6 feet). We’re seeing more than that at the moment. We’re going to see places get two or three times their summer average rainfall amounts,” Dr. Richard Wardle of BOM told The Australian Associated Press.

MEDIA RELEASE: Further heavy falls 💧☔️ and flooding forecast as the monsoon trough continues to influence weather in the tropics. Focus is on the #Townsville area where Upper Bluewater has recorded 1230mm in the 7-days to 9am this morning. Read more: https://t.co/LEYQ4FMUjj pic.twitter.com/HaK7Qwgd8v

While climate change is expected to bring increased drought to much of southern Australia, rainfall in parts of northern Australia has actually increased since the 1970s. Extreme rainfall events are also expected to increase across the country, according to the BOM’s State of the Climate 2018.

“What we’re trying to do is to get ahead of the system, so we reduce the risk of any further flooding in the city—but that’s not guaranteed,” Townsville Mayor Jenny Hill told The Australian Associated Press. “We haven’t taken this decision lightly,” she said.

Ninety to 100 homes are being evacuated prior to the release of water.

Darla Astill, coordinator of the Bluewater community center where around 100 families including the Carpentiers have taken shelter, described the situation on the ground, as reported by The Guardian:

“People have had to just sit and watch cars, tractors, containers, ride-ons and all sorts of stuff just floating in the creek,” she said. “There’s not much you can do, it’s still raining, we’ve got more rain predicted so we’re just sandbagging here at the moment if it does rain again.

“There’s been a couple of dogs floating by, people tried to rescue them, there was also a cow that got pulled out and survived but one the dogs they couldn’t get to.”

Townsville residents say they have seen crocodiles on highways and football fields because of the floods, The Australian Associated Press reported.