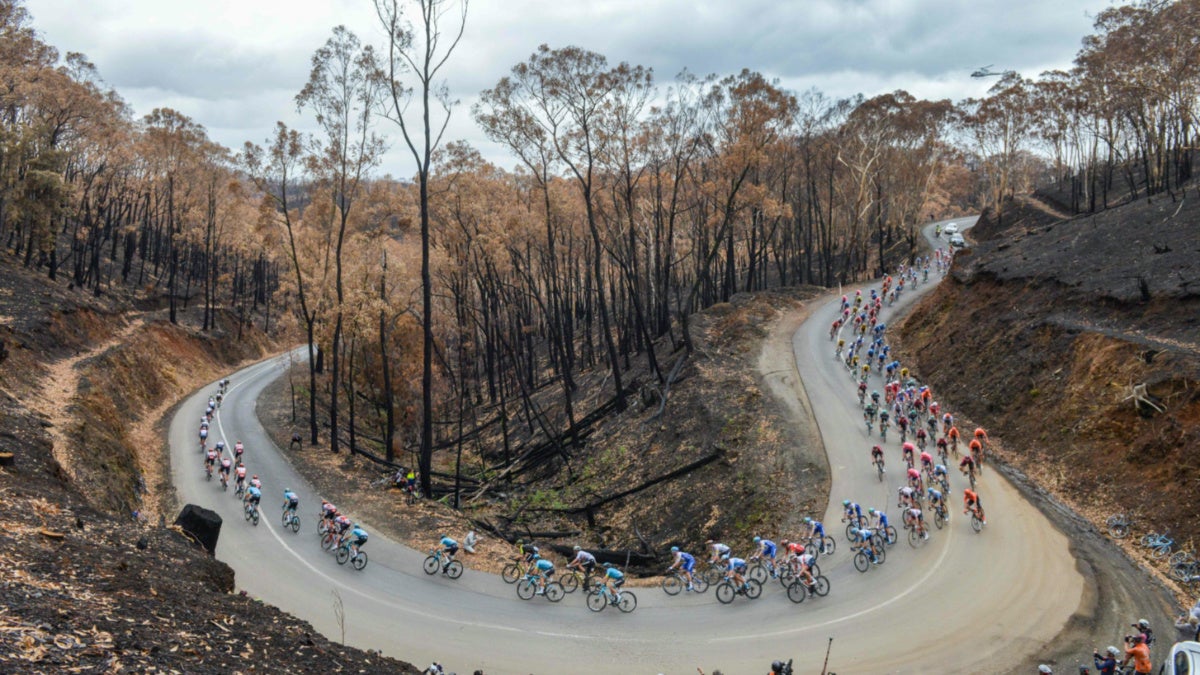 A professional cycling race in Australia is under attack for its connections to a major oil and gas producer, the Guardian reports.

Santos, an Australia-based oil and gas company is the title sponsor of the Tour Down Under, a prestigious stage race held each January at the beginning of the professional cycling calendar.

Race organizers were forced to shorten or modify stages of in 2017, 2018, and 2019 due to extreme heat and in 2020 the peloton rode through areas hit by bushfires.

Organizers with Fossil Free South Australia criticized the hypocrisy of the event, so directly affected by climate change, for accepting sponsorship from an oil and gas company.

The interplay of professional cycling and climate change are myriad, if ironic.

Though cycling is promoted the world over as a form of low-carbon transportation, multiple World Tour teams are sponsored by fossil fuel companies and Middle Eastern petro-states, and the carbon footprint of the infrastructure around the professional peloton — from international air travel between races to the caravans of cars and motorbikes that follow the peloton on the road — is enormous.

Yet professional riders feel global warming’s impacts acutely. One stage of last year’s Tour de France saw temperatures above 40°C (104°F) with temperatures on the road, directly above the scorching pavement, as much as 20°C (68°F) hotter.