Tornados Attacking in Swarms. Is Climate Change to Blame? 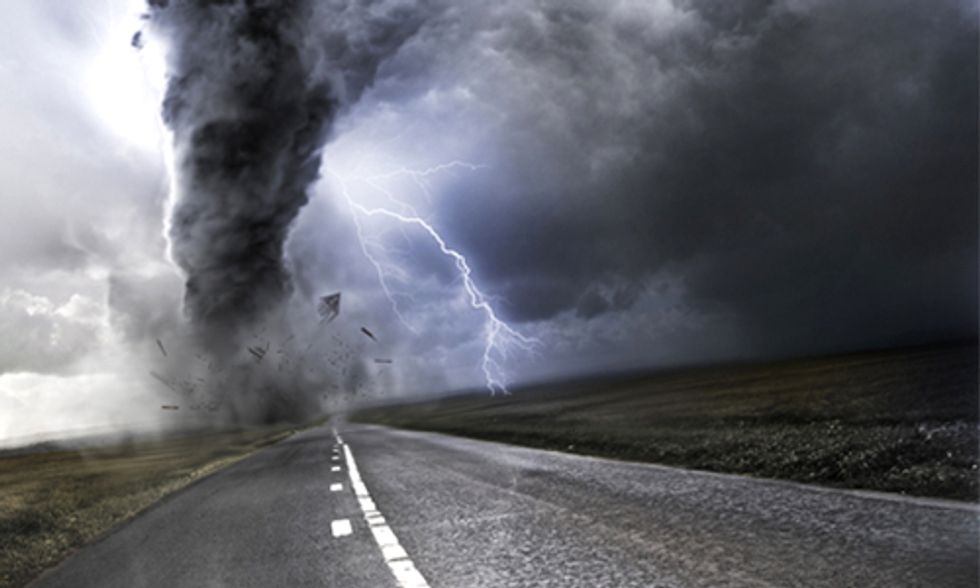 Tornados are among the most frightening storms, in part because of their destructive power but also because of their unpredictability. You can track and prepare for a hurricane, but tornados strike quickly and with little warning. And unlike hurricanes, tornados have no specific season.

And if it seems to you that tornado incidents have been bigger and scarier recently, you're right, says a team of researchers in a new study published today in Science. While it found that tornados haven't increased in number and, in fact, the number of days on which tornados are occurring has decreased, the appearance of tornados in clusters has risen. That means if one tornado touches down, more are likely to occur in quick succession in the same geographic area. And scientists are asking if climate change is to blame.

"When people ask, 'Are we getting more tornadoes, are we getting fewer tornadoes, are they later, are they earlier?'—the answer to everything is yes," said lead study author Harold Brooks, senior scientist at the National Oceanic and Atmospheric Administration's Severe Storms Laboratory in Norman, Oklahoma.

"We may be less threatened by tornadoes on a day-to-day basis, but when they do come, they come like there's no tomorrow," said Elsner.

The new study found that while the number of days with tornados stronger than F-1 on the Fujita scale for ranking tornado power decreased, the odds of having a day with 32 tornados has doubled. Prior to 1990, most years had no such days. Since 2001, every year has had one day with 32 or more tornados. A three-day period in April 2011 produced 355 tornados across the southern and eastern U.S. with 211 touching down in a 24-hour period on April 27, primarily in Alabama and Mississippi, killing more than 300 people in six states.

The study's summary says, "Whether or not climate change has had an impact on the occurrence of tornadoes in the United States has become a question of high public and scientific interest, but changes in how tornadoes are reported have made it difficult to answer it convincingly. We show that, excluding the weakest tornadoes, the mean annual number of tornadoes has remained relatively constant, but their variability of occurrence has increased since the 1970s. This is due to a decrease in the number of days per year with tornadoes combined with an increase in days with many tornadoes, leading to greater variability on annual and monthly time scales and changes in the timing of the start of the tornado season."

While the study only hinted a link to climate change, Brooks said it's a preliminary step in investigating how global warming might be connected to changes in the patterns of tornado activity. Brooks told Live Science "Obviously, we've had a change in the frequency of the number of days of tornadoes, and in some sense that's a reflection of the climate being different than it was. But we don't have the primary cause and effect yet."