Tornado Alley is shifting east, away from Kansas and Oklahoma. 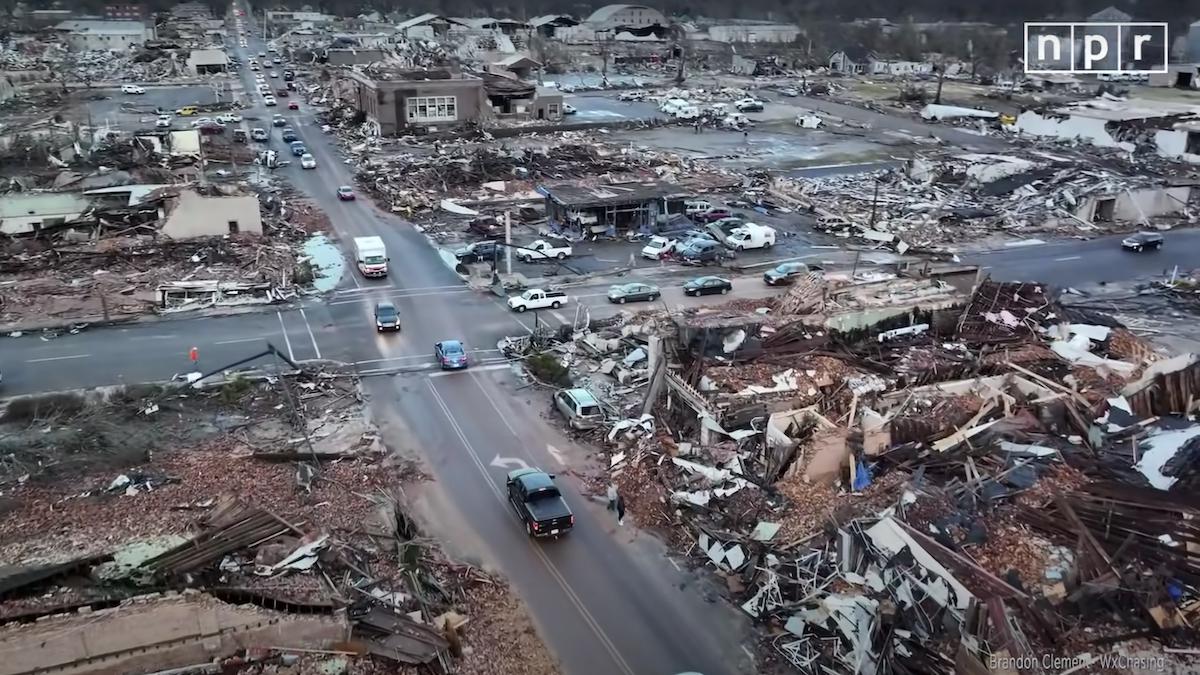 Tornadoes were reported in Arkansas, Illinois, Indiana, Mississippi, Missouri, Ohio, and Tennessee, as well as Kentucky where the devastation was most severe. “I’ve got towns that are gone — that are just, I mean, gone,” Kentucky Gov. Andy Beshear told CNN. “I mean you go door-to-door to check on people … There are no doors.”

About 75% of Dawson Springs was wiped out, its mayor said. Beshear told NBC the high death toll risked overwhelming available space in morgues.

There is increasing evidence linking climate change to the severe weather that gives rise to tornadoes and emerging research suggests there may be a link between warming and large tornado outbreaks, particularly in the southeast U.S. in the winter months.

“Last night was one of the most shocking weather events in my 40 years as a meteorologist — a violent tornado (in December!) drawing comparisons to the deadliest and longest-tracking tornado in U.S. history,” tweeted Jeff Masters, a meteorologist and extreme weather expert.

Additionally, Tornado Alley is shifting east, away from Kansas and Oklahoma toward the states hit Friday night. “This is going to be our new normal,” FEMA Administrator Deanne Criswell told CNN. “The effects we are seeing of climate change are the crisis of our generation.”