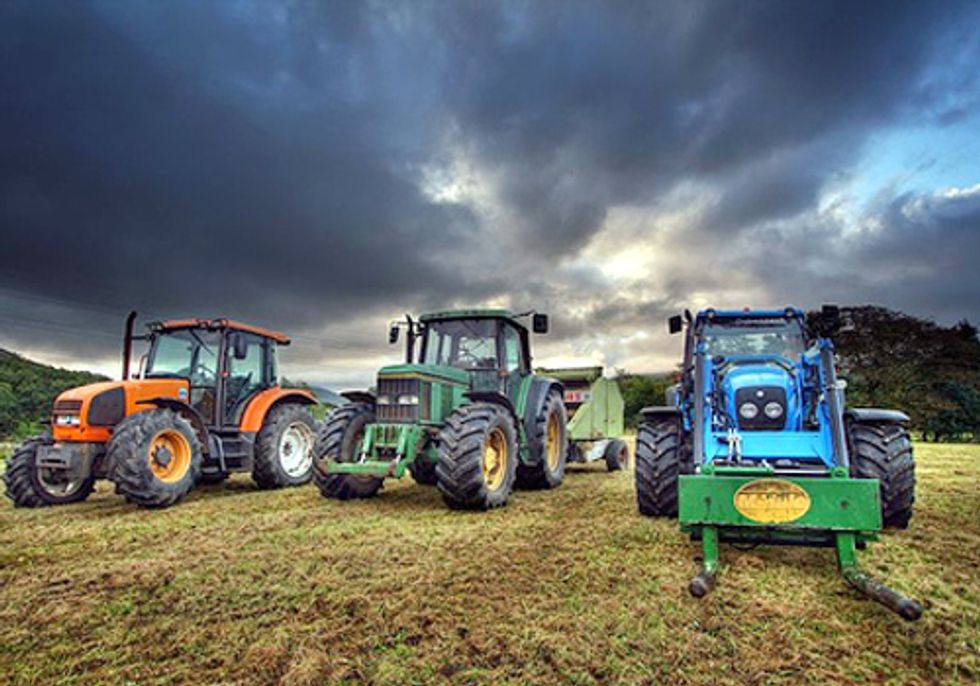 The budget-busting farm bill approved by the House Agriculture Committee late July 11 is quite simply the worst piece of farm and food legislation in decades. The bill will feed fewer people, help fewer farmers, do less to promote healthy diets and weaken environmental protections—and it will cost far more than congressional bean counters say.

Here are the top ten reasons to reject the bill:

Cuts Nutrition Assistance by $16 billion—Hard economic times mean that more Americans than ever before depend on the Supplemental Nutrition Assistance Program (formerly known as food stamps) to get an adequate diet, and nearly half of them are kids. The House bill proposes to cut $16 billion in SNAP funding that low-income Americans rely on. More than 2 million Americans will lose benefits under the farm bill devised by the committee’s leaders, Reps. Frank Lucas (R-OK) and Collin Peterson (D-MN).

Gives Big Farmers a Big Raise—The Lucas-Peterson farm bill would give every big subsidized grower a raise in the form of higher price guarantees for their crops—at a time when large commercial farms have average household incomes of more than $200,000 a year and net farm income has nearly doubled in recent years. The largest 10 percent of subsidized growers collect roughly three-fourths of federal farm subsidies, so the Lucas-Peterson farm bill will give mega-farms even more tax dollars to drive out small family farmers.

Expands Crop Insurance by $9.5 billion—Right now, farm businesses can get unlimited insurance subsidies. As a result, 26 of them collected more than $1 million each in 2011 and more than 10,000 growers collected more than $100,000 each. Rather than place reasonable limits on crop insurance, the Lucas-Peterson proposal actually expands insurance subsidies—at a cost of more than $9 billion. Reasonable reforms such as payment limits, means testing and administrative reforms—which are applied to SNAP but not crop insurance—could save taxpayers more than $20 billion.

Cuts Conservation Programs by $6 billion—Like the farm bill passed by the Senate, the Lucas-Peterson bill cuts conservation programs that assist farmers in all parts of the country and benefit consumers in the form of cleaner air and water. High commodity prices and unlimited insurance subsidies are encouraging farmers to plow up millions of acres of wetlands and grasslands to grow crops, but the bill cuts more than $3 billion from programs designed to protect and restore wildlife habitat.

Lacks Protections for Prairies—Chairman Lucas turned back a bipartisan proposal by Reps. Tim Walz (D-MN) and Kristi Noem (R-SD) to expand to all states a provision temporarily reducing crop insurance subsidies when prairie land is converted to grow row crops. This “sodsaver” proposal would help offset the damage done by rising crop insurance subsidies and cuts to critical conservation programs.

Includes Anti-Environmental Riders—Reps. Lucas and Peterson included two riders that would gut common-sense rules that protect water quality and wildlife from agricultural pesticides. That’s despite the fact that more than 1,000 lakes and streams are already too polluted by pesticides to meet clean water standards. What’s more, the bill guts environmental protections on logging by short-circuiting environmental review and public involvement in “critical areas.”

Has Few Incentives for Healthy Diets—More than a third of Americans are obese, and consumers have said that supporting healthy diets should be the top priority for this farm bill. But the House bill would cut SNAP by $16 billion (as much as 20 percent of SNAP purchases go to buy fruits and vegetables) and does not include as many incentives as the Senate bill to encourage more fruit and vegetable consumption by low-income consumers. What’s more, the bill omits proposals to expand access to fruits and vegetables and takes the “fresh” out of the Fresh Fruit and Vegetable Snack Program for school children.

Weakens Regulation of GMO Crops—Exempting GMO crops from environmental reviews and setting arbitrary deadlines on regulators will eviscerate already weak oversight over biotech crops by allowing the sale of foods that haven’t been approved or analyzed by the U.S. Department of Agriculture. Even industry groups such as the National Grain and Feed Association oppose this poorly designed provision.

Guts State Food and Farm Standards—Thomas Jefferson must be turning over in his grave. A last-minute amendment to prevent states from setting their own standards for farm and food production will do far more than block a California law that requires more humane treatment of egg-laying hens. This proposal will block any state from setting its own standards for how crops and livestock can be produced.