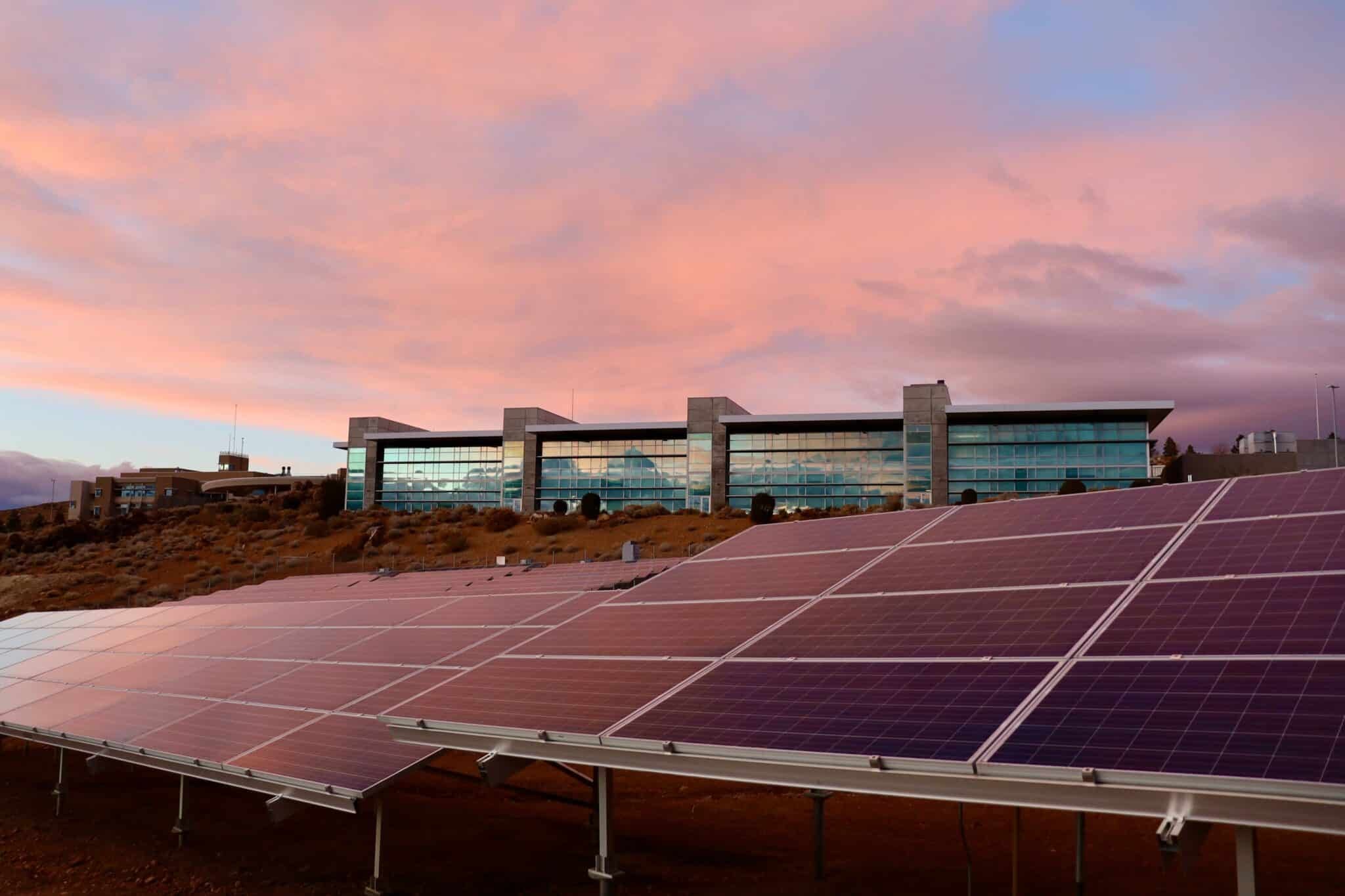 Solar panel technology first materialized in the 1950s and has significantly advanced since then. While technology continues to improve, a lot of the stigma surrounding them is stuck in the past.

So, let’s debunk the most common myths about solar panels.

1. Solar Panels Are Too Expensive

A 2022 EcoWatch survey found that 60% of homeowners agree that solar panels are too expensive. The cost was also the top reason why homeowners said they would not consider installing them.

Those are also the pre-incentive figures. Factoring in the federal tax credit, a $20,000 system would drop to $14,000. Some states also offer additional solar incentives that can lower the cost of solar even further.

You have to think of solar as an investment that will pay for itself over time. Between energy savings, tax credits, rebates and solar financing options, many homeowners find that going solar is much more affordable than previously thought.

2. Solar Panels Only Work When the Sun is Shining

Our EcoWatch survey also revealed that 40% of homeowners believe solar only works when the sun is shining.

To find out if this is true, we asked Dr. Greg Poelzer —  a Professor in the School of Environment and Sustainability (SENS) at the University of Saskatchewan — if solar panels still work on cloudy days.

“Since clouds are not entirely opaque, sunlight still passes through them and reaches solar panels,” Dr. Polzer said.

“The electricity generated may be lower than on days without clouds, but there is a significant difference between the sunlight that is diffused through cloud cover versus sunlight that is blocked by solid objects like tall buildings.”

Research has shown that solar panels typically generate 10 to 25% of their standard power output on non-sunny days.

But again, you don’t have to just take our word for it.

A study from Zillow found that homes with solar installations tend to sell for about 4.1% more than homes without.3  An older study from the Lawrence Berkeley National Laboratory revealed an increase in the resale value of approximately $5,911 for each kilowatt of solar power that’s installed.4

So there you have it — solar panels do increase home value.

When some homeowners hear that solar panels have an efficiency rate of 20-22%, some think that means they’re not strong enough to power their homes. Why isn’t it at 100%?

Truthfully, it’s because it doesn’t need to be. Solar energy is much stronger than standard electricity.

According to the Department of Energy, just one and a half hours of sunshine could power the world for an entire year.5 That means solar is more than capable of powering your home.

Based on internal calculations, the average U.S. homeowner can offset their entire household energy needs with a 9 kilowatt (kW) solar panel system. But it also depends on what type of solar panel they choose, and if the home has an energy storage system.

California Institute of Technology professor Nathan S. Lewis said if a homeowner installs a monocrystalline solar panel, like the one from SunPower, they’ll be plenty efficient for their household needs, especially for homeowners who don’t have a lot of space.

“[Sunpower Panels] have a lot of value for limited areas because the higher efficiency means that one [panel] can make more electricity from a small roof than can be made from lower efficiency panels, to help meet the electricity demand of a household in full,” Dr. Lewis told EcoWatch.

5. Only Homeowners Can Go Solar

There are many ways to utilize solar panels as a renter or business owner, like getting plug-in mini solar panel systems or solar-powered appliances. But the best way is to join a community solar program.

Community solar allows people who don’t own their homes or who live in an apartment building to take advantage of solar energy through a shared solar array. These arrays are typically installed offsite and you can buy a share or pay a monthly subscription for access to the solar energy the solar system produces.

While you won’t be able to take advantage of solar incentives, joining a community solar project is still a great way to reduce your electricity bill and your carbon footprint.

6. Solar Panels Will Damage a Roof

There’s always a risk of damage involved with installing something on your roof. But if you’ve heard a horror story about your neighbor’s aunt’s friend’s cousin who had their roof damaged by solar panels, know that’s a very rare occurrence — and typically one that happens from non-professional DIY installations.

A reputable solar company will inspect your roof and let you know if it’s in good condition for solar. Homeowners interested in solar should also look for qualifications, like certification from the North American Board of Certified Energy Practitioners (NABCEP) and ask for proof of license from contractors.

In most cases, solar panels aren’t directly attached to a roof. They’re usually installed on mounts and surrounded by protective covers called “flashing.” Once installed, solar panels can protect your roof by shielding your shingles from the elements, including hail and UV sun damage.

7. Solar Panels Hurt the Environment More Than They Help It

We’re huge fans of solar panels around here, but we’re not going to neglect to acknowledge that the process of making them isn’t harmful to the environment.

Solar panel production is currently reliant on fossil fuels and mining for precious metals, which contributes to greenhouse gasses and pollution. There’s also the issue of solar panel recycling, which hasn’t been quite nailed down yet.

However, even with their shortcomings, solar panels are far greener than the alternative. Burning coal generates a footprint 18 times the size of solar, while natural gas creates an emissions footprint 13 times the size.6

Solar also produces zero emissions after production, which makes it an essential solution to slowing climate change. And as technology advances, we anticipate that the process of creating solar panels will become even more eco-friendly.7

Okay, it’s hard to call this one a myth. But it is an argument some homeowners make for not wanting to install solar panels. The EcoWatch survey revealed that 31% of homeowners think solar panels are ugly.

Disliking the appearance of solar panels was also the second most popular reason homeowners said they wouldn’t install solar panels, right behind them being too expensive.

Most solar panel systems are still quite bulky, but the aesthetics have come a long way since they were first developed in 1954, and there’s more hope on the horizon.

Many have praised thin-film solar panels for their sleek design, but because they aren’t that efficient, they’re a less-than-ideal choice to power an entire household. But according to Dr. Poelzer, this could change soon.

Additionally, companies like Tesla have been developing technologies such as solar shingles to make high-efficiency solar modules more aesthetically pleasing.

As it currently stands, solar roof tiles aren’t as widely available and are much more expensive than standard rooftop solar panels. But as the technology becomes more popular and cheaper to produce, solar roofs will become more accessible to homeowners.

EcoWatch’s panel of solar experts has done extensive research on solar energy. You can find more informational guides here or send questions to us at solar@ecowatch.com.

If you’re more curious about the solar installation process, check out our review of the best solar companies to find a reputable installer who you trust — one that isn’t just trying to sell you on the product.