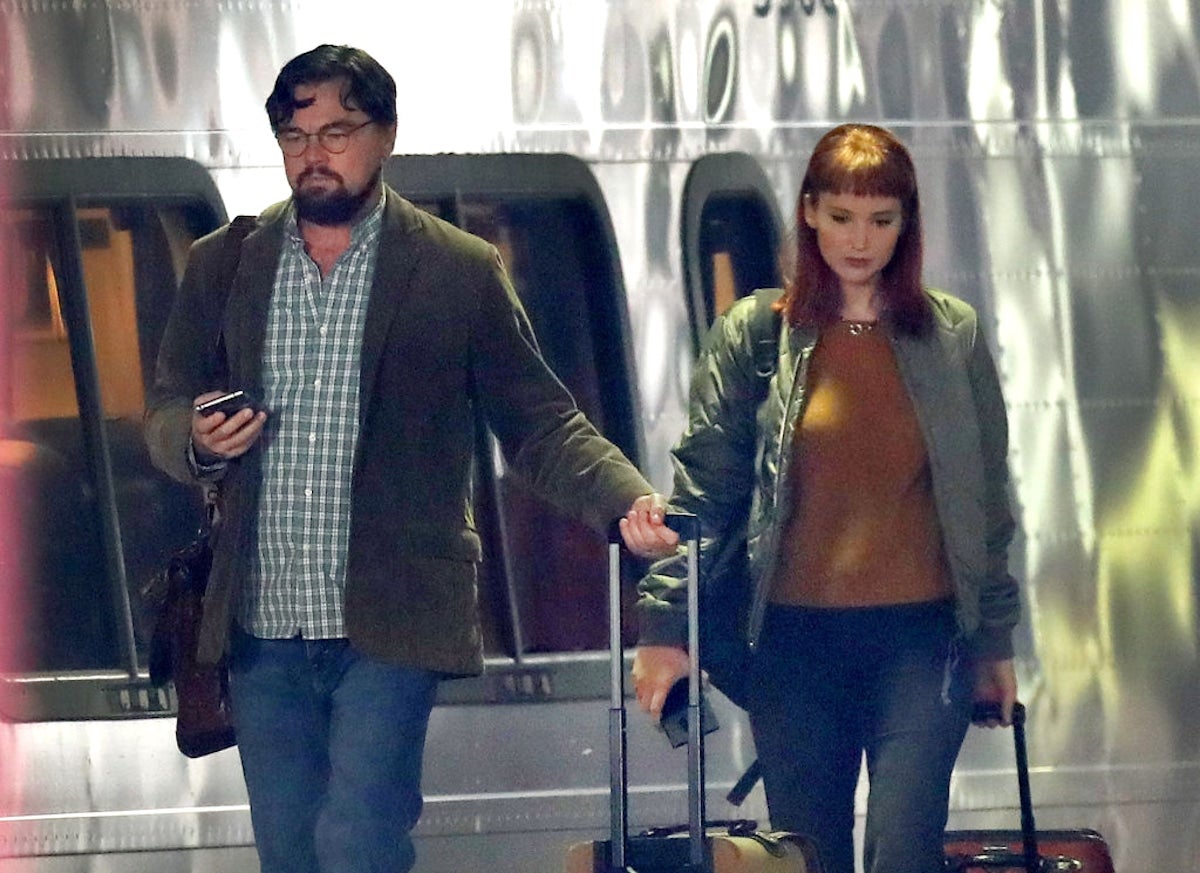 Actors Leonardo DiCaprio and Jennifer Lawrence walk along a train platform during filming of "Don't Look Up" at South Station in Boston, Massachusetts on Dec. 1, 2020. Photo credit: David L. Ryan / The Boston Globe via Getty Images

A lot happened last year. Record temperatures rolled through the Pacific Northwest. Hawaii was hit by a blizzard. The streets of New York City flooded and wildfires raged in the Southwest.

These films from 2021 helped us understand the climate crisis as it unfolded before our eyes, and continue teaching us how to become better stewards of the planet in the coming years.

Why is it so hard to convince people to stop eating meat? Why are we so resistant to change, and what can we do about it?

Brian Kateman, leader of the “reducetarian” movement, tackles these questions in Meat Me Halfway and shares his own journey to reduce his meat consumption. He offers up a vision for a more compassionate, sustainable, and healthier future of plant-based eating, while acknowledging that meat is emotional, and that the process of switching to a plant-based diet often goes beyond merely learning information and then making a change. Giving up animal products might mean giving up culturally and emotionally-important meals, which dissuades many from attempting to make any dietary changes at all.

So, what is the most practical path forward? How can we mindfully reduce our collective meat consumption while recognizing these complexities?

Through interviews with experts and individuals, Kateman advocates for a more realistic middle-ground for those who don’t want to upend their entire way of eating, offering an alternative to the all-or-nothing approach when it comes to eating animal products.

Written, produced, and directed by Adam McKay, this satirical science film features a star-studded cast – including Jonah Hill, Timothée Chalamet, Meryl Streep, and Ariana Grande – and has been a hit on Netflix since its release in late December, setting a record for the most viewing hours in a single week on the streaming platform. The film tells the story of an astronomy graduate student (Jennifer Lawrence) and her professor (Leonardo DiCaprio) who discover a comet hurtling towards Earth and try to alert the public, only to be met with skepticism and laughter.

Some critics call it heavy heavy-handed, but the film sends an important message about denial; the lack of urgency and concern expressed by the government and the media for the comet coming to wipe out all human life draws a clear parallel to our own society’s response to climate change. In a time where the science behind climate change and the ongoing pandemic are constantly dismissed, Don’t Look Up asks us to consider the absurdity of our lukewarm responses and disregard for the life-threatening phenomena we face.

They’re Trying to Kill Us

In this film produced by Chris Paul and Billie Eilish, co-directors John Lewis and Keegan Kuhn (directors of Cowspiracy and What The Health) travel to areas of the United States – primarily Black and Indigenous communities – that are experiencing disproportionately high rates of chronic disease. Their work shows that disease in these areas is not a coincidence, but the result of systems that have been designed to keep marginalized groups in poor health. Interviews with doctors, politicians, researchers, cultural icons, activists, and athletes show how health, environmental justice, and racial justice are interconnected, and how the alcohol, drug, fast food, and cigarette industries profit off of poor health in communities of color.

The film also features prominent names in hip-hop music and artists who have an outsized impact on culture, and who speak about injustices like food access and food deserts, climate change, environmental justice, and the racial disparities of disease.

They’re Trying to Kill Us can be rented on the film’s website.

Southern California is home to 19 million people: 1 out of every 2 Californians, and 1 out of every 16 Americans. River’s End, written and directed by Jacob Morrison, highlights California’s struggle to secure enough freshwater for its many inhabitants.

River’s End builds on the 1974 film Chinatown, which brought to light the disputes over water rights in the early 20th century in southern California, and the eventual draining of the Owens Valley by a 250 mile aqueduct built to satisfy the demand for water in Los Angeles. This feat of engineering enabled LA to become the second largest city in the U.S., but it came at a cost to the surrounding environment and the state’s future water supply.

The new film exposes the moneyed interests that manipulate this system – like industrial agriculture, for one – and asks, should the city of Los Angeles exist? What series of decisions brought us to this point? It foreshadows a dire future for California and the world at large if we don’t take action soon.

New Zealand is the biggest exporter of dairy in the world, but what was once a source of national pride is now their biggest threat.

In this new documentary, Chris Huriwa travels around his home country of New Zealand to expose the truth about its multi-billion dollar dairy industry. Through research, investigation, and interviews with big names in the environmental movement like Jane Goodall and Cowspiracy co-director Keegan Kuhn, Huriwa reveals how the industry has “milked” animals along with consumers, the natural environment, our climate, and the farmers caught in this exploitive system. The film is directed by Amy Taylor, who explained in an interview with Green Matters that she deliberately chose not to include the graphic, bloody imagery normally associated with such documentaries so as not to turn off potential viewers.

Milked premiered at the New Zealand Film Festival in November, and will be released internationally some time in 2022.

Burning is a documentary about Australia’s 2019-20 “black summer,” which brought the most devastating fire in the continent’s history, ravaging 59 million acres, destroying nearly 6,000 buildings, and driving more than 500 species to endangerment or extinction.

Directed by the Academy and Emmy-award winning filmmaker Eva Orner, the film explains how this fire could happen in Australia – the world’s largest exporter of coal – and how the lack of political will to take action on climate change will impact the country’s future.