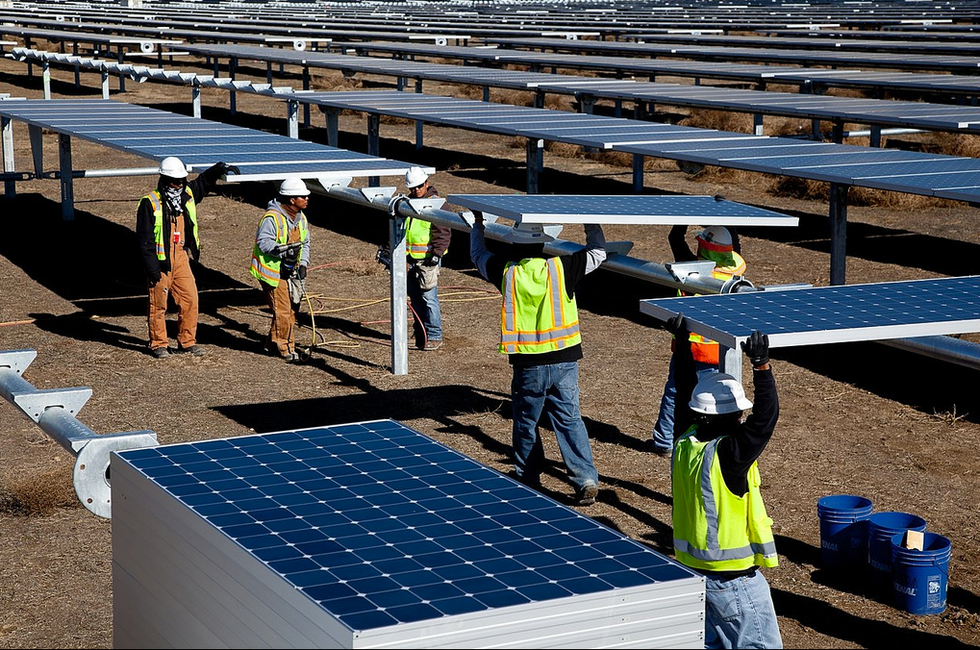 Some of the leading retailers and manufacturers are atop the list of businesses that have installed the most solar energy in the U.S. in the last year.

Cumulatively, the surveyed entities have installed 3,380 MW of solar energy on 32,800 buildings as of mid-2013—a 40-percent increase over last year.

“The list of companies moving to clean, affordable solar energy reads like a ‘who’s who’ of the most successful corporations in America,” said SEIA President and CEO Rhone Resch. “These iconic brands are leading the way when it comes to efforts to reduce our nation’s dangerous dependence on foreign energy sources. They’re also helping to create thousands of American jobs, boost the U.S. economy and improve our environment. At the same time, they’re reducing operating expenses, which benefits both their customers and shareholders.”

The top 25 companies combined for 400 MW of solar capacity, which is a 33 percent increase from last year. Walmart has the greatest capacity of solar energy as well as the largest amount of solar energy systems installed with 215 MW.

“As we work toward our ambitious goal to be supplied 100 percent by renewable energy, solar energy continues to be an important part of our renewable energy portfolio,” Kim Saylors-Laster, Walmart's vice president of energy, said. “With our size and scale, Walmart is in a unique position to encourage innovation and accelerate the adoption of cost-effective, clean energy alternatives, including solar power.”

Despite leading those categories, just 5 percent of Walmart's properties are powered by solar energy. IKEA leads that category with 89 percent.

Developed with Vote Solar, SEIA's report also ranks the amount of states in which businesses have solar-powered structures and deployment by industry.

"For years, the promise of solar was always 'just around the corner,'" Vote Solar Executive Director Adam Browning said. "Well, solar has turned the corner, and found itself on Main Street, USA.

"These companies—titans of American business—may have vastly different products, business models and geographic locations, but they all have something in common: They know a good deal when they see one, and they are going solar in a big way."