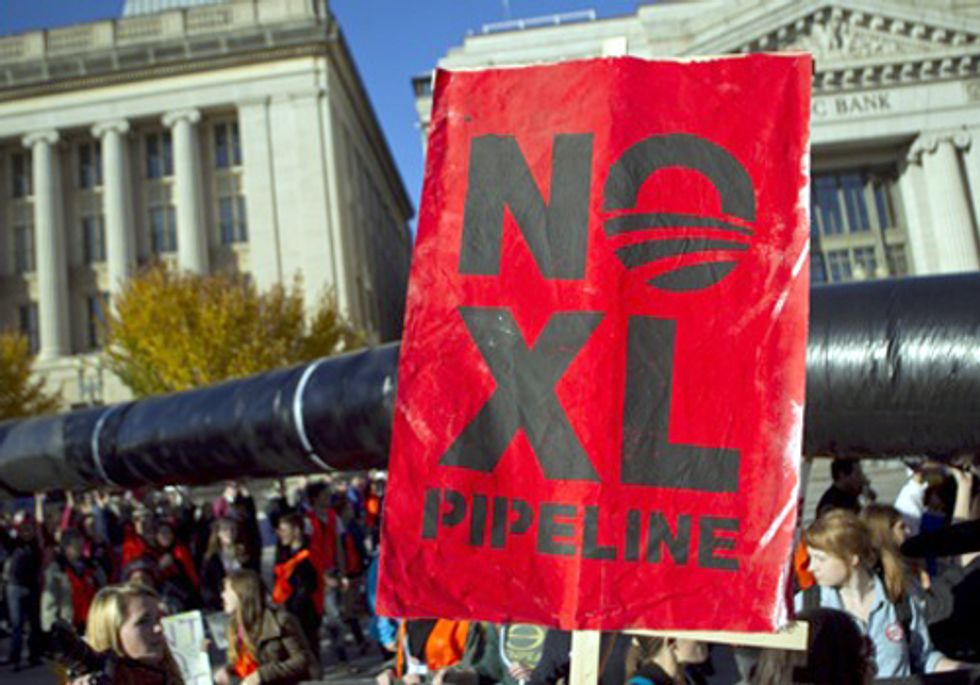 Ten of the nation’s top climate scientists released a letter to Secretary of State Hillary Clinton today, urging the State Department to conduct a serious review of the climate change impacts of the Keystone XL pipeline.

“At the moment, your department is planning to consider the effects of the pipeline on ‘recreation,’ ‘visual resources,’ and ‘noise,’ among other factors,” wrote the scientists. “Those are important—but omitting climate change from the considerations is neither wise nor credible.”

The State Department is currently accepting comments on the scoping evaluation that will determine what environmental considerations will be included in the supplemental environmental impact statement (SEIS) required for the northern leg of the Keystone XL pipeline.

The department’s previous pipeline environmental impact statement downplayed climate risks by arguing that the tar sands would be developed with or without Keystone XL and therefore the project had no responsibility for the additional greenhouse gas emissions that come from burning tar sands oil.

"Keystone became the biggest environmental cause of Obama's first term—and the reason most of those who marched and went to jail gave for their concern was the climate impact of those vast tar sands," said May Boeve, executive director of 350.org. "It would be ironic in the extreme if the State Department didn't take the issue seriously in its review."

A coalition of environmental groups including 350.org, Center for Biological Diversity, CREDO, the Natural Resources Defense Council, the National Wildlife Federation and Sierra Club are collecting hundreds of thousands of comments on the SEIS scoping evaluation that will be delivered to the State Department before the July 30 comment deadline.

The full text of the letter follows:

We are writing to ask that the State Department conduct, as part of its evaluation of the Keystone XL pipeline proposal, a serious review of the effect of helping open Canada’s tar sands on the planet’s climate.

At the moment, your department is planning to consider the effects of the pipeline on “recreation,” “visual resources,” and “noise,” among other factors. Those are important—but omitting climate change from the considerations is neither wise nor credible. The vast volumes of carbon in the tar sands ensure that they will play an important role in whether or not climate change gets out of hand; understanding the role this largescale new pipeline will play in that process is clearly crucial.

We were pleased that President Obama saw fit to review this project more carefully; it would be a shame if that review did not manage to comprehensively cover the most important questions at issue.

The International Research Institute for Climate and Society

The University of Chicago