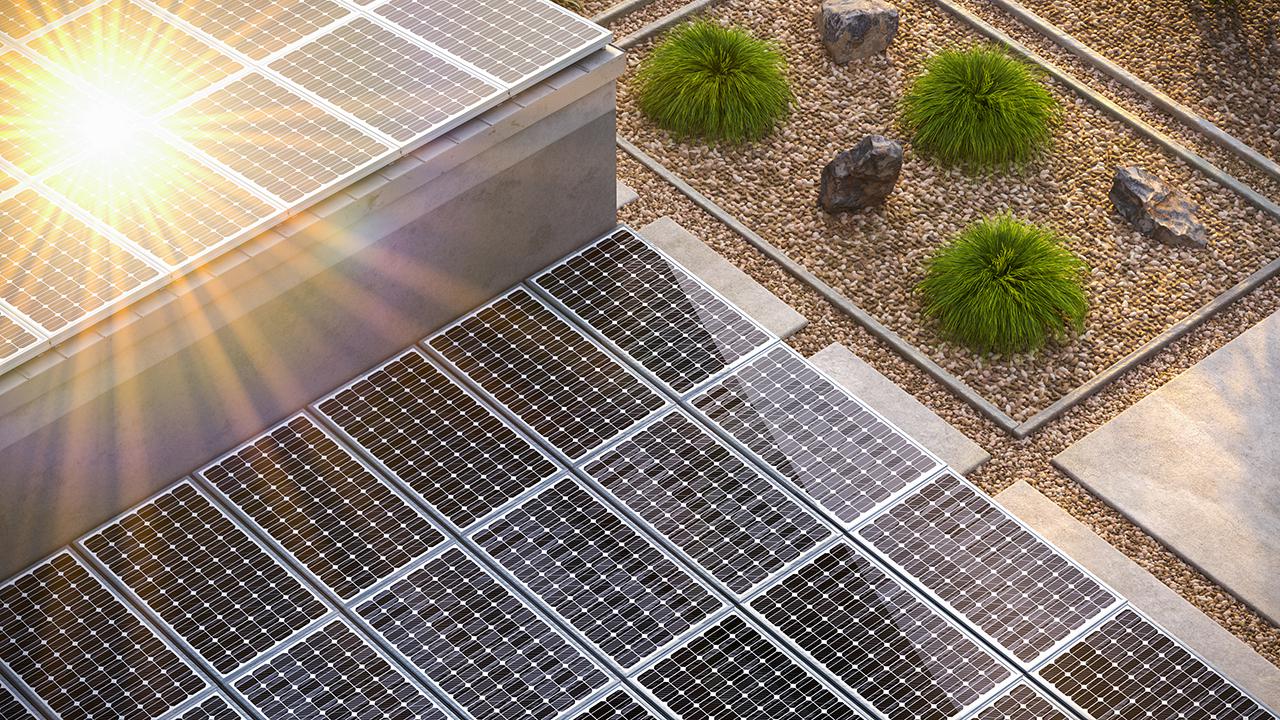 Solar energy is ultimately the most abundant energy resource available on earth — and it is also one of the cleanest. What’s more is that year over year, solar energy continues to achieve record-breaking growth. It’s clear that for homeowners who are seeking to reduce their impact on the environment while simultaneously lowering their energy bills, solar energy presents a great opportunity to move away from traditional forms of energy. And for residents of Nevada, it is easy to understand why solar energy is hot.

The Solar Energy Industries Association recently compiled some interesting statistics about solar in Nevada. Namely, that the state — which is nicknamed the Silver State — is ranked sixth in the U.S. for solar installation rates. Nevada currently generates over 15% of its electricity from solar, and prices for solar have fallen 43% over the past five years. With all of that in mind, many wonder: What are the top cities for solar in Nevada?

Top 10 Cities for Solar in Nevada

The EcoWatch team has spent considerable time looking at the numbers and assessing a variety of reports compiled by SEIA, solar maps from the National Renewable Energy Laboratory, and Environment America’s latest Shining Cities report.

Based on these data sources, we have found these cities to be the top 10 leaders for solar in Nevada:

Las Vegas isn’t only the top city for solar energy in Nevada, but it’s also the seventh top city for solar in the U.S. according to the latest Shining Cities report. The city is betting big on solar, and it’s paying off for residents. The city boasts an incredible average of 310 sunny days per year and has both the state’s highest currently installed solar capacity and potential for additional solar generation.

Checking in just behind Las Vegas is Henderson, located close to Sin City. Henderson embraces a hearty natural landscape and has a dedication to nature, which explains why the residential interest in solar places it so high on this list. With vast desert landscapes and lots of sun, solar simply makes sense.

The county seat of Washoe County, Reno is located in the High Sierra foothills and boasts an impressive 252 sunny days annually. With high elevation, Reno attracts plenty of attention from the beating sun, making it an ideal place for the adoption of solar.

With steady sunshine year-round, North Las Vegas residents have eagerly embraced the transition to clean and renewable energy. Just like its sister city, North Las Vegas is situated in an ideal spot in the desert and exposed to plenty of sunshine annually, making solar a wise investment.

Just an hour west of Las Vegas and an hour east of Death Valley National Park, Pahrump is an area of Nevada known for extremes. It sits in the heart of the desert and is a perfect place to take advantage of all of the benefits of solar. In fact, according to NREL maps, it has some of the highest potential for roof-mounted solar in the state.

Believe it or not, Paradise actually encompasses the Las Vegas Strip, most of downtown, and McCarran International Airport. The area is home to about 235,00 people, making it the fifth most-populated city in Nevada, and NREL maps show it has an above-average number of buildings that are suitable for solar installation. With these things in mind, it’s not hard to understand how Paradise makes this top 10 list.

Also sitting close to Las Vegas, the residents of the city of Spring Valley have embraced solar energy adoption. It is ranked as one of the best places to live in Nevada and has been recognized for its commitment to conservation.

Located in the Las Vegas Valley, Enterprise, Nevada, maintains a small-town feel even though it has been one of the state’s most rapidly growing cities. The city is home to multiple top solar companies, which makes the area’s buy-in of solar easy to understand.

A tiny town with an altogether different time zone than the rest of the state, West Wendover is located on the eastern border of Nevada and the western edge of Utah’s Great Salt Lake Desert. The town and its surrounding area has a high capacity for roof-mounted solar capacity and generation according to NREL.

Solar panels tend to work best where energy costs are high and sunshine is plentiful. In a place like Nevada, both of these boxes are checked. Since it is in the “Sun Belt” of the U.S., there is no shortage of sunshine during any time of the year.

Additionally, energy costs tend to be significantly high in Nevada, so much so that the benefit is obvious to any resident who is considering a jump to solar.

A general rule of thumb, as it relates to cost, is that if traditional energy expenses are high, the value of solar is increased. If energy costs are more modest, then the value associated with transitioning to solar isn’t as obvious.

Ultimately, the high cost of energy, coupled with the high need for consumption, makes Nevada an ideal place to adopt solar and receive its plethora of benefits.

There are also some important local and federal solar tax incentives related to solar for residents of Nevada. Any homeowner who lives in Nevada should learn about the following perks, tax incentives and tax rebates:

An additional tax credit to be aware of if you live in Nevada — or anywhere else in the U.S., for that matter — is the federal investment tax credit (ITC). Through this program, a homeowner is able to receive a 26% tax credit toward the cost of solar panels and other installation equipment for systems installed through 2022. In 2023, the credit will reduce to 22%, and in 2024, it is set to be eliminated.

When trying to figure out how much you’ll save with the federal solar tax credit, you’ll need to know the cost of the system you’re installing. To get a free, no-obligation quote from a top solar company in your area, fill out the 30-second form below.

Along with Nevada’s solar access rights, there are a number of laws and regulations pertaining to what homeowners can and cannot do with their solar panels. For example, there is an off-grid solar law that allows homeowners to remove themselves completely from association with their local utility company and achieve energy independence.

While this seems like an ideal situation, there can be implications and complications. Firstly, it is usually cheaper to continue using the power grid. Secondly, even if a homeowner has solar batteries as backup, it is typically easier to stay on the grid.

Additionally, in order to live off-grid, a homeowner must secure multiple legal permits, which can be a difficult process and hard to obtain. The only exception here is if the home sits in a place that lacks electricity — then, it is sometimes easier to secure required permits.

If you live in Nevada and your city didn’t make our list of the state’s top solar hubs, you can play a hand in raising your area’s solar profile. Ways to do this include:

By doing these things, you can help make your city a top location for solar in Nevada.