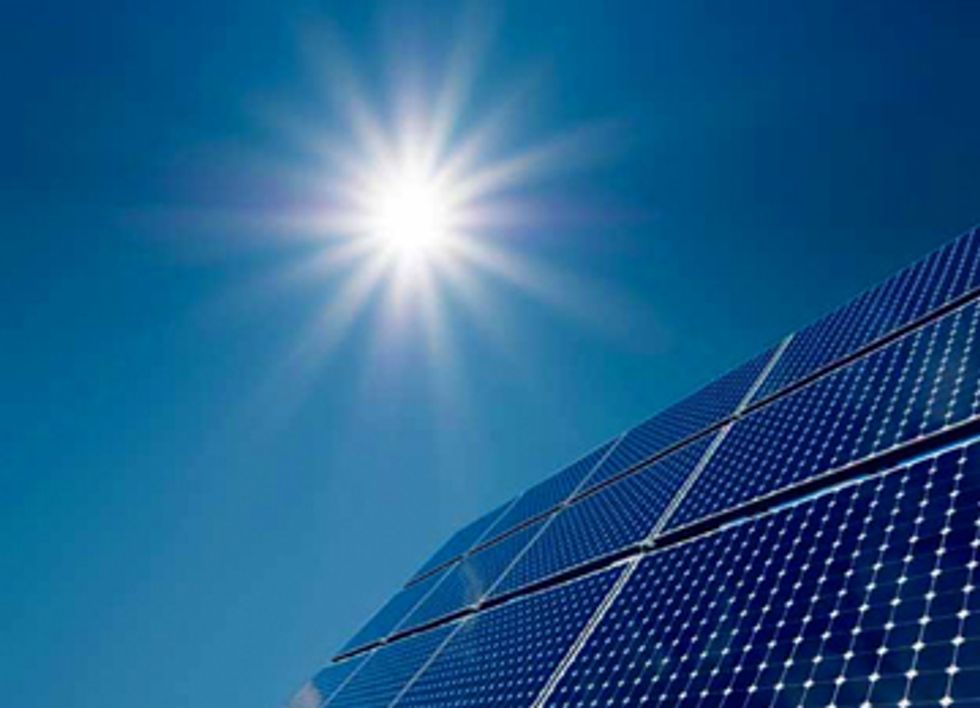 “The sky’s the limit on solar energy,” said Rob Sargent, energy program director with Environment America. “The progress of these states should give us the confidence that we can do much more. Being a leader in pollution-free solar energy means setting big goals and backing them up with good policies.”

The report emphasizes that it is not availability of sunlight that makes states solar leaders, but the degree to which state and local governments have created effective public policy for the development of the solar industry. States with more homeowners and businesses “going solar” share these strong policies:

“Encouraging solar power is the right thing to do for the environment and our economy,” said Delaware Gov. Jack Markell. “We are aggressively working toward a clean energy future in Delaware, demonstrating we can have both a strong economy and a healthy environment. That means creating a robust market for solar and other clean energy systems, creating clean energy jobs, expanding our solar industry and improving air quality by reducing our dependence on fossil fuels.”

“Building our state’s solar market is a top priority in Maryland. Our renewable energy portfolio standard and energy consumption reduction goals are among the most aggressive in the country,” said Gov. O’Malley. "Today, we have more than 1,410 times more solar on our state’s grid and 2,000 more solar installation jobs than in 2007. Together, we can create a more sustainable future for generations to come."

“Environment America’s ranking of Hawaii as a leader in solar energy is encouraging and demonstrates our state’s commitment to achieving its clean energy goals,” said Hawaii’s Gov. Neil Abercrombie. “Continuing our momentum, I recently enacted legislation to establish Hawaii’s innovative Green Energy Market Securitization (GEMS) program, which will provide a financing model to make clean energy improvements more affordable and within reach to underserved members of our community. This includes small businesses, nonprofits, community organizations and individuals. Utilizing all facets of our diverse renewable energy landscape is key, and we are succeeding in removing barriers to allow a greater segment of our community to invest in and benefit from clean, alternative resources such as solar.”

“Vermont is putting solar power to work and is leading the way to a clean energy future that tackles the threat of climate change while growing jobs and the economy,” Vermont Gov. Peter Shumlin said. “We have more than doubled our solar energy in the last two and a half years, but we know our work is not done. We plan to keep Vermont at the forefront of this energy revolution.”

Solar is on the rise across the country. According to the U.S. Solar Market Insight: 2012 Year-in-Review report by the Solar Energy Industries Association (SEIA) and GTM Research, America had more than three times as much solar capacity as it did in 2010, and more than 10 times as much as it did in 2007. To boot, SEIA also found that the price to install a solar system fell by 26 percent in 2012.

Rhone Resch, president and CEO of SEIA, underlined the report’s findings that solar energy deployment is skyrocketing. “There is now more than 8,500 megawatts (MW) of cumulative solar electric capacity installed in the U.S.—enough to power more than 1.3 million American homes,” Resch explained. “Solar now employs nearly 120,000 Americans at more than 5,600 companies, most of which are small businesses spread across the U.S.”

“More and more, homes and businesses are turning to solar as a pollution-free energy source with no fuel costs,” said Sargent. “With the increasing threat of global warming, these leading states must continue their momentum and other states must catch up.”

Environment America urges the federal government to continue key tax credits for solar energy like the Investment Tax Credit, encourage responsible development of prime solar resources on public lands, and support research, development and deployment efforts designed to reduce the cost of solar energy and smooth the incorporation of large amounts of solar energy into the electric grid.

“Right now, only a small fraction of our energy comes from solar,” concluded Sargent. “By setting a bold goal of getting 10 percent of our energy from the sun by 2030 and adopting strong policies to support that goal, the U.S. can follow in the footsteps of the 12 top solar states and put us on track to becoming a global leader in solar power.”