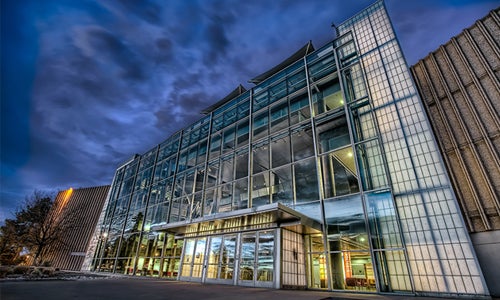 The U.S. Green Building Council (USGBC) released today its annual list of the top 10 states for Leadership in Energy and Environmental Design (LEED). According to USGBC, LEED is “the world’s most widely used and recognized green building rating system.” USGBC ranked the states in terms of square feet of LEED space per state resident. 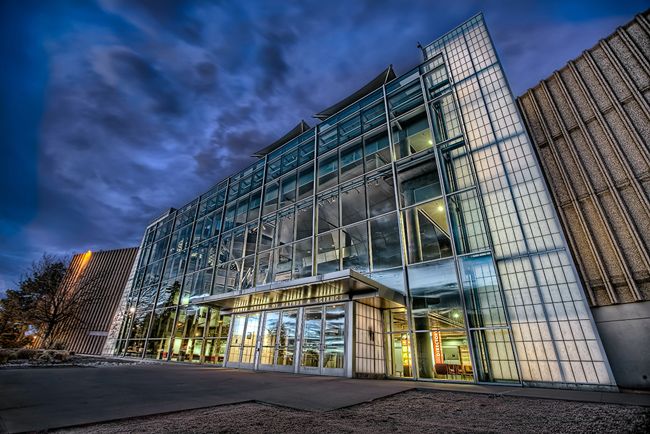 The Denver Museum of Nature and Science was certified in 2014. Photo credit: Michael Criswell

USGBC uses per-capita figures to allow for “a fair comparison of the level of green building taking place among states with significant differences in population and, accordingly, number of overall buildings.”

Benefits of LEED-certified spaces include using less energy and water resources, saving money for families, businesses and taxpayers, reducing carbon emissions and creating a healthier environment for residents, workers and the larger community, according to USGBC.

Rick Fedrizzi, CEO and founding chair of USGBC, says, “This per-capita approach tells a great story about how LEED has become an important benchmark in the transformation of the nation’s built environment. LEED-certified buildings and the innovations they have driven contribute substantially to our national economic growth, create jobs and improve the quality of life in the communities where they are found.”

Based on the 2010 Census data, this fifth annual list includes building projects that were certified through 2014. Illinois maintained its place at the top of the list for the second year in a row with 174 LEED certifications. Georgia and Arizona, two newcomers to the list, “show that 2014 was a year of major growth for LEED in the South and Southwest regions of the country,” USGBC says.

Maryland, Virginia and Washington, DC continue to do well, helping “the mid-Atlantic region remain the epicenter of green building across the country,” says USGBC. While Washington, DC is not included on the official list due to its status as a federal territory, it continues to lead the nation with 29.44 square feet of space per resident in 2014. 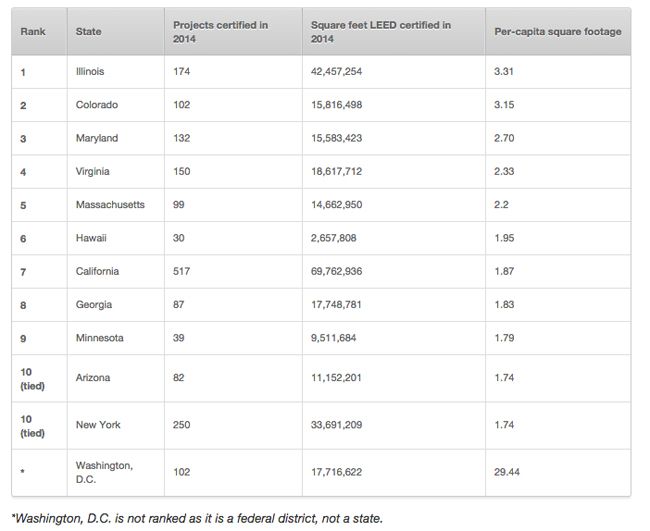 A sample of notable projects, according to USGBC, that certified in these states in 2014 include: