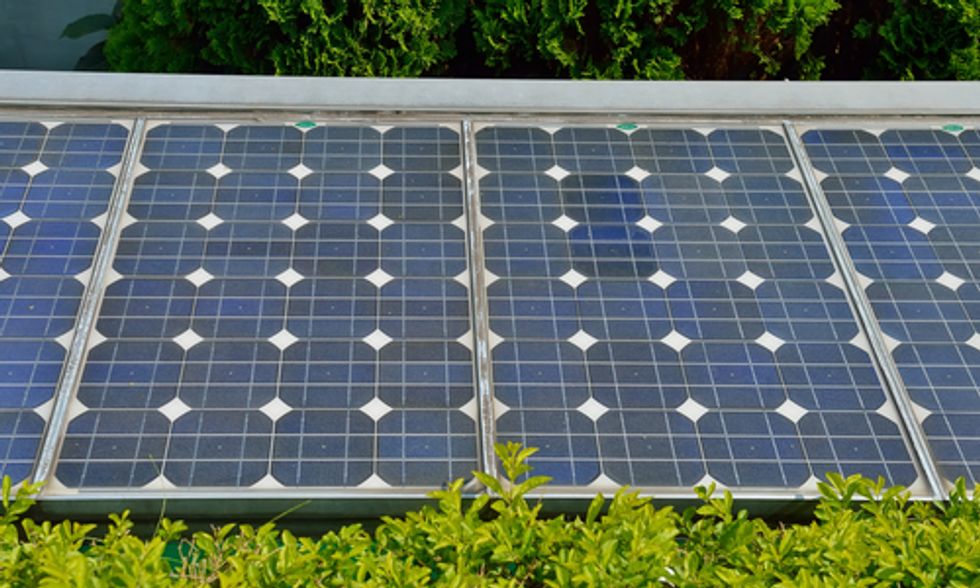 While Ohio has disappointingly become the first state to roll back renewable energy mandates and ALEC continues to attack renewable energy policies to keep America addicted to fossil fuels, there remains plenty of encouraging news on renewable energy growth. Consider this: U.S. solar electric power tripled between 2011 and 2013, and solar photovoltaic capacity has increased more than 120-fold in the last 10 years.

In fact, the U.S. solar industry had a record-shattering year in 2013. A report released today by Environment America, Lighting the Way: The Top Ten States that Helped Drive America’s Solar Energy Boom in 2013, takes a look at the 10 states responsible for 87 percent of that growth. They are:

Solar Energy in the Top 10 Solar States versus the Rest of the U.S.

“Solar energy is emerging as a go-to energy option,” said Rob Sargent, energy program director with Environment America. “Thanks to the commitment of state and federal leaders, this pollution-free energy option is poised to play a major role in helping us meet our energy needs while achieving our emission reduction goals; including the targets in EPA’s recently proposed Clean Power Plan.”

The report reaffirms that it is not sunlight availability that makes states solar leaders, rather the degree to which local and state governments utilize effective public policy for the development of the solar industry. States with more homeowners and businesses going solar had these strong policies in common:

Prevalence of Market Preparation Policies, Top 10 States versus Others

“Environment America’s new report rightly points out that smart public policies have been key to the development of clean, renewable solar energy–and the accompanying 143,000 America jobs and nearly $15 billion in annual investment,” said Rhone Resch, president and CEO of the Solar Energy Industries Association (SEIA). “The 14,800 megawatts (MW) of solar currently installed in the United States can generate enough pollution-free electricity to displace 18 billion pounds of coal–that’s a win for state economies, Americans’ health and our environment. We applaud the 10 states detailed in this report and urge policymakers across the nation to look at net metering and renewable energy standards in helping their states catch the solar wave as well.”

By following the example of these 10 states, the report concludes, the U.S. can work toward getting 10 percent or more of our energy from solar power by 2030.

How Solar Energy Beats Nuclear Power on Earth and in Space