Top 10 Lies Told by Monsanto on GMO Labeling in California 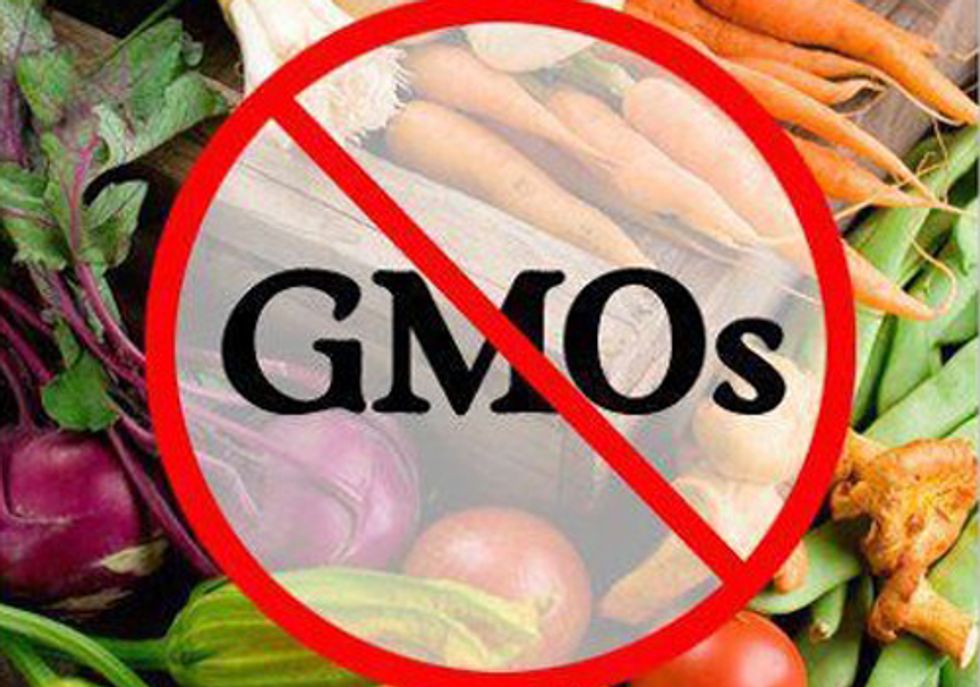 The battle in California over Proposition 37, which would require labeling of foods containing genetically modified organisms (GMO), is really heating up. Millions of dollars are already being poured into the opposition campaign, with much of it going to former Big Tobacco shills. Over at GMO HQ, Monsanto recently posted this missive called “Taking a Stand: Proposition 37, The California Labeling Proposal,” in which the biotech giant explains why it is opposing the measure (to the tune of $4.2 million so far).

Even for a corporation not exactly known for its honesty and transparency, this brief webpage is riddled with deception and outright falsehoods about the initiative and its proponents. Here are the 10 most blatant examples:

1  The law “would require a warning label on food products.”

No warning label would be required. Rather, the words “partially produced with genetic engineering” or “may be partially produced with genetic engineering” would be required on the back of the package–similar to what is now required for ingredient or allergen labeling. For whole foods, like the sweet corn coming soon to a Walmart near you, a sign would be posted on the store shelf with the words “genetically engineered.” The aim is simply to offer consumers additional information about the contents of the foods they purchase.

2  “The safety and benefits of these ingredients are well established.”

Unfortunately, no long-term studies exist on either the safety or benefits of GMO ingredients, so Monsanto has no basis for making such a claim. Indeed, the U.S. Food and Drug Administration does not even require safety studies of genetically engineered foods. Meanwhile, some independent studies raise questions about links to allergies and other potential health risks.

3  “The American Medical Association just re-affirmed that there is no scientific justification for special labeling of bioengineered foods.”

This statement, while true, is taken out of context and is misleading because the American Medical Association (AMA) also (for the first time) called for mandatory premarket safety studies of GMOs. As Consumers Union recently noted in its reaction to AMA’s announcement, labeling and testing logically go together:

The AMA’s stance on mandatory labeling isn’t consistent with its support for mandatory pre-market safety assessments. If unexpected adverse health effects, such as an allergic reaction, happen as a result of GE, then labeling could perhaps be the only way to determine that the GE process was linked to the adverse health effect.

4  Food companies “have had the choice” to use GM ingredients.

Choice is a good thing; however, consumers have never had the choice. Prop 37 will give consumers a long-overdue choice about eating genetically engineered food.

5  “FDA says that such labeling would be inherently misleading to consumers.”

Of course FDA refuses to require GMO labeling, thanks to Monsanto’s arm-twisting that began more than 20 years ago. Food Democracy Now’s Dave Murphy explained the FDA decision in May upon its 20-year anniversary, which came as a result of a broader deregulatory push by the first Bush Administration:

Twenty years ago this week, then-Vice President Dan Quayle announced the FDA’s policy on genetically engineered food as part of his “regulatory relief initiative.” As Quayle explained in the 1992 press conference, the American biotechnology industry would reap huge profits “as long as we resist the spread of unnecessary regulations.”

Dan Quayle’s 1992 policy announcement is premised on the notion that genetically engineered crops are “substantially equivalent” to regular crops and thus do not need to be labeled or safety tested. The policy was crafted by Michael Taylor, a former Monsanto lawyer who was hired by the Bush FDA to fill the newly created position of deputy commissioner of policy.

Five years earlier, then-Vice President George H.W. Bush visited a Monsanto lab for a photo op with the developers of Roundup Ready crops. According to a video report of the meeting, when Monsanto executives worried about the approval process for their new crops, Bush laughed and told them, “Call me. We’re in the dereg businesses. Maybe we can help.”

Call they did. It’s typical for corporations to get their policy agenda approved through back-channel lobbying and revolving door appointments and then point to the magical policy outcome as evidence of scientific decision making.

6  “Consumers have broad food choices today, but could be denied these choices if Prop 37 prevails.”

There is no basis in logic that consumers could be denied food choices. Indeed, Proposition 37 actually broadens the meaningful food choices available through greater transparency. Right now, people are eating in the dark.

7  “Interestingly, the main proponents of Proposition 37 are special interest groups and individuals opposed to food biotechnology who are not necessarily engaged in the production of our nation’s food supply.”

In fact, quite a large number of food producers, farmers, and others very much “engaged in the production of our nation’s food supply” support the campaign. (See the growing list of endorsements.) Speaking of “special interest groups” wouldn’t that label apply to the likes of Monsanto and all the industrial food producers who oppose Proposition 37?

8  “Beneath their right to know slogan is a deceptive marketing campaign aimed at stigmatizing modern food production.”

“Modern food production,” is that Monsanto’s latest euphemism for scientifically altering the genetic code of the food supply? In truth, nothing is hidden “beneath” the Right to Know campaign, that’s all it’s about. But because Monsanto has no good argument for why consumers don’t have the right to know how their food is produced, it has to resort to distracting deceptions.

9  “[Proponents] opinions are in stark contrast with leading health associations.”

Another look at the long list of Prop 37 endorsements reveal that Monsanto and friends are actually out of step with leading health associations, such as:

10  “The California proposal would serve the purposes of a few special interest groups at the expense of the majority of consumers.”

Again, logic defies this talking point, especially since all polling indicates a “majority of consumers” want GMO food to be labeled. Indeed, the most recent California poll shows the proposition winning by a 3-to-1 margin. No wonder Monsanto has to resort to such nonsensical talking points.