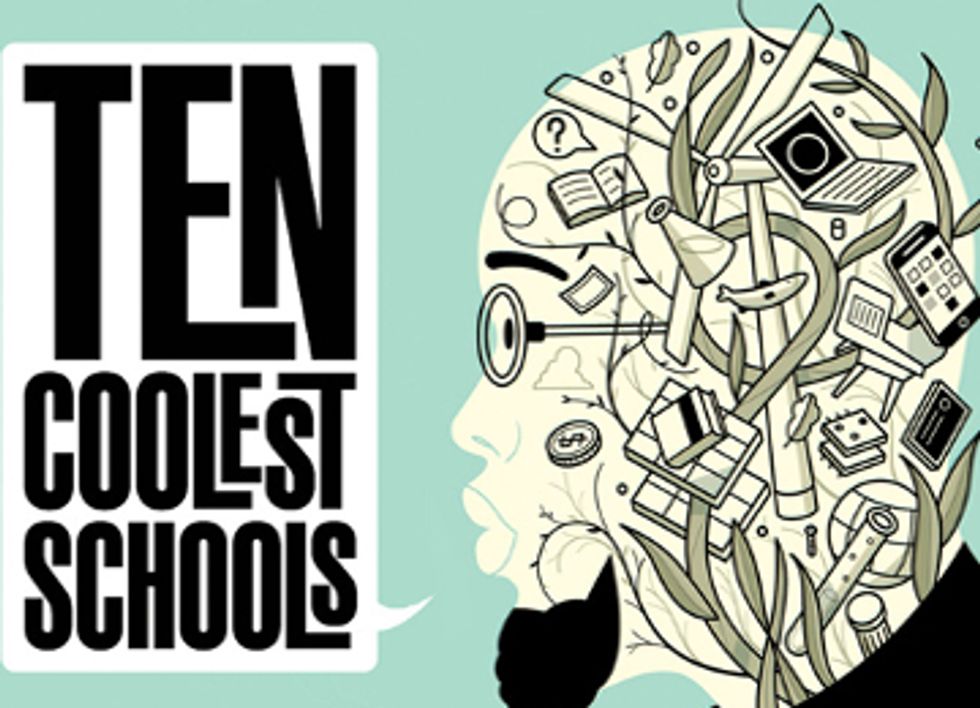 Today Sierra magazine released its seventh annual ranking of the nation’s “Coolest Schools,” a salute to U.S. colleges that are helping to solve climate problems and making significant efforts to operate sustainably.

Sierra examined the academic institutions making a difference for the planet, seeking out campuses that are creating tangible change in all categories of greenness—from what’s served in dining halls to what’s taught in lecture halls to what’s powering the dorms. Whether it’s Cornell’s minor in climate change or American University’s new campus-wide composting program, schools across America are taking dramatic steps to help protect the planet and its resources.

“For the past seven years, Sierra magazine has ranked colleges and universities on their commitment to fighting climate disruption and making sure the future their students will inhabit has safe water, clean air and beautiful landscapes,” said Bob Sipchen, Sierra magazine’s editor-in-chief. “By showing such strong leadership on so many fronts—from energy use and transportation to the courses they offer—the best of these schools are pointing the way for other institutions.”

The University of Connecticut, Sierra’s number-one school, stands out for offering more than 600 sustainability-related classes; for having reduced its water use by 15 percent since 2005; and for, over the past two years, having retrofitted 13 buildings to prevent emitting 2,640 annual tons of carbon dioxide. In addition, more than one-quarter of the food served in dining halls is processed within 100 miles, with many ingredients harvested right on campus. UConn’s first appearance on Sierra magazine’s “Coolest Schools” list was in 2010, at number 49.

In addition to featuring Sierra’s data-based rankings, the magazine’s September/October issue includes an array of stories that examine whether colleges’ sustainability efforts really make a difference when students graduate. Such pieces include Aha Moments, which profiles three people whose lives were forever changed for the greener because of a moment (or a person) in college and The Measure of an Education, by Pulitzer winner Edward Humes, in which readers learn how schools are starting to gauge whether steeping students in environmentalism truly does create a more sustainable world.

Exclusively online is a video made by the Sierra Club’s “Best Interns,” sent on assignment to document the behind-the-scenes goings on of the Department of Energy’s Solar Decathlon, a biannual contest during which students build futuristic solar-powered houses. Also available online is a list of the most coveted eco-scholarships, plus Sierra’s annual “20 Days of Giveaways” sweepstakes.