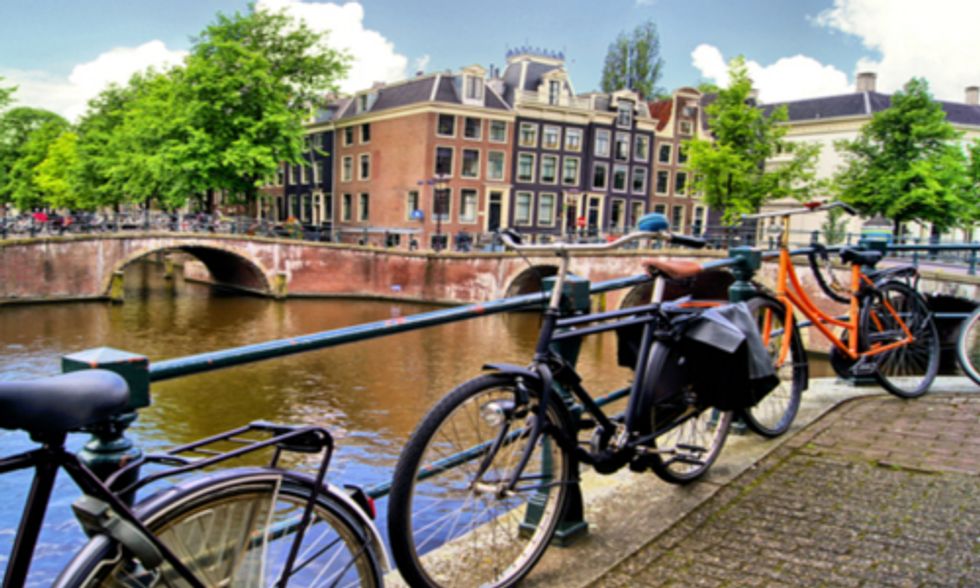 This week, DualCitizenLLC came out with the 4th edition of the Global Green Economy Index, an in-depth look at how 60 countries and 70 cities are doing in developing more environmentally friendly economies, in actual performance and in how experts perceive their performance. We already took a look at the top ten countries—Scandinavia, take a bow! Now we're going to check out the world's ten greenest and most sustainable cities. Scandinavia, an encore! Four of the 10 cities are located in that Nordic region.

1.  Copenhagen. Rated one of the world's most livable cities, the metropolis of nearly two million people is known for advanced environmental policies and planning, with its goal to be carbon-neutral by 2025 and Cleantech Cluster of more than 500 companies. City infrastructure is designed to be conducive to bicycling and walking rather than cars.

2. Amsterdam. Everyone rides bicycles in Amsterdam and has been doing it for decades. It's one of the most bicycle-friendly cities in the world, due in part to its compactness and flatness, as well as its bike infrastructure, including protected paths, racks and parking. The city has more bicycles than people.

3. Stockholm. Stockholm was the EU's first city to win the European Green Capital Award. With coordinated environmental planning that began in the ’70s, ample green space and a goal to be fossil fuel-free by 2050, it's one of the cleanest cities in the world.

4. Vancouver. Vancouver is densely populated and expensive but its moderate climate makes it a highly desirable place to live. So does the fact that it's the cleanest city in Canada and one of the cleanest in the world.

5. London. One might night think of foggy Londontown as a green city but the town has actively worked to leave its bleak, early Industrial Revolution image behind it, reducing greenhouse gas emissions and creating more green spaces.

6. Berlin. Coming in first on the European main continent, Berlin's Environmental Zone in its city core allows only vehicles that have a sticker indicating that it meets certain emissions standards.

7. New York. New York is, perhaps surprisingly to some, the greenest large city in the U.S. Its greenhouse gas emissions are low for a city its size and its population relies heavily on its extensive public transportation system. The city itself has put in place a green building initiative.

8. Singapore. After industrialization brought heavy pollution, Asia's greenest city tackled the problem head on, creating its first Singapore Green Plan in 1992 to tackle clean water, clean air and clean land. It aims to have zero waste in landfills by the mid 21st century.

9. Helsinki. Like many Scandinavian cities, Finland's capital encourages bicycle use and public transportation. The city has been working toward sustainability since the late ’50s with energy efficiency programs and an aggressive Sustainability Action Plan adopted in 1992.

10. Oslo. Norway's capital rounds out the four Scandinavian cities in the top ten. The city government has its Strategy for Sustainable Development which includes an aggressive program to protect its natural surroundings. Its Green Belt Boundary protects wild areas from development.

Top 10 Greenest Countries in the World