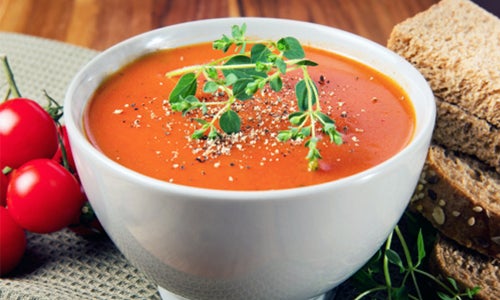 Ask anyone who eats organic food why they do it and they’ll likely have a list of reasons: it’s better for your body, better for the planet and arguably better tasting. And now, they’ll have a new list to recite: the top 10 most organic cities in America. 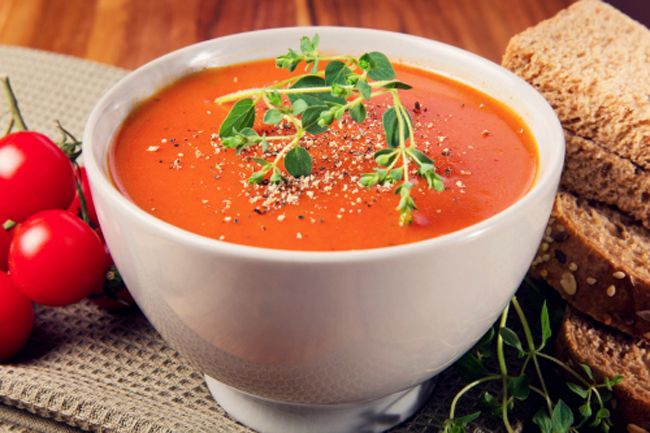 Campbell Soup Company, in partnership with Sperling’s Best Places, announced a list of the top 10 most organic cities in America to promote its new line of six organic soups. According to Dow Jones Business News, “Sluggish sales of canned and boxed foods” resulted in a 6 percent drop in sales for the company’s ready-to-eat soups last year. And with 81 percent of American families buying organic foods at least sometimes, Campbell’s new organic soup options represent a direct response to consumer demand.

“Organic eating is a priority for many Americans, and we want to make sure that those who choose to eat organic—no matter where they live—have options that are both authentic and delicious,” said Leah Dunmore, vice president of soup at Campbell Soup Company. “We’ve combined high-quality ingredients with the delicious flavor people expect from our products to bring taste without compromise to soup aisles nationwide.”

So where exactly is the highest demand for organic food around the country? If visions of vast farmland and amber waves of grain blowing through the heartland come to mind, think again. Eight of the 10 top cities for organic eating are located along the coasts. 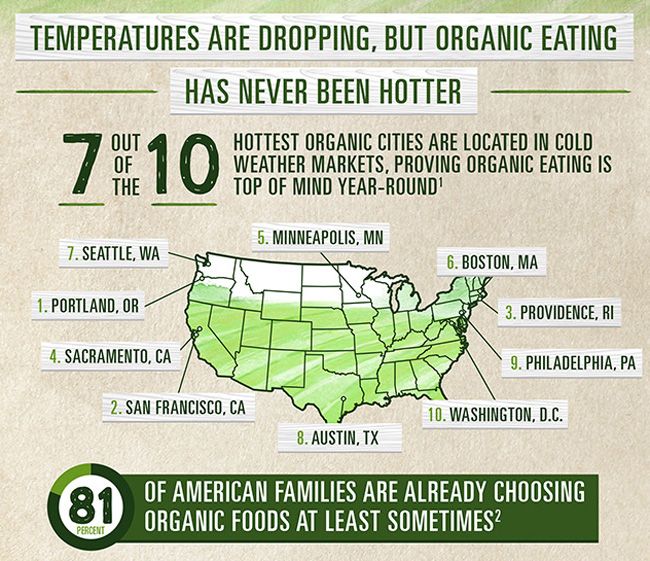 Campbell’s used a marketing spin to point out that seven out of the 10 cities are (conveniently) located in cold-weather markets where hot organic soup will be in high demand, but it’s also worth noting that half of the cities are listed among the richest cities in America—a reminder that financial restrictions limit access to organic foods.

So did your city make the cut? Here are the top 10 most organic cities in America: