Too Big to Punish? 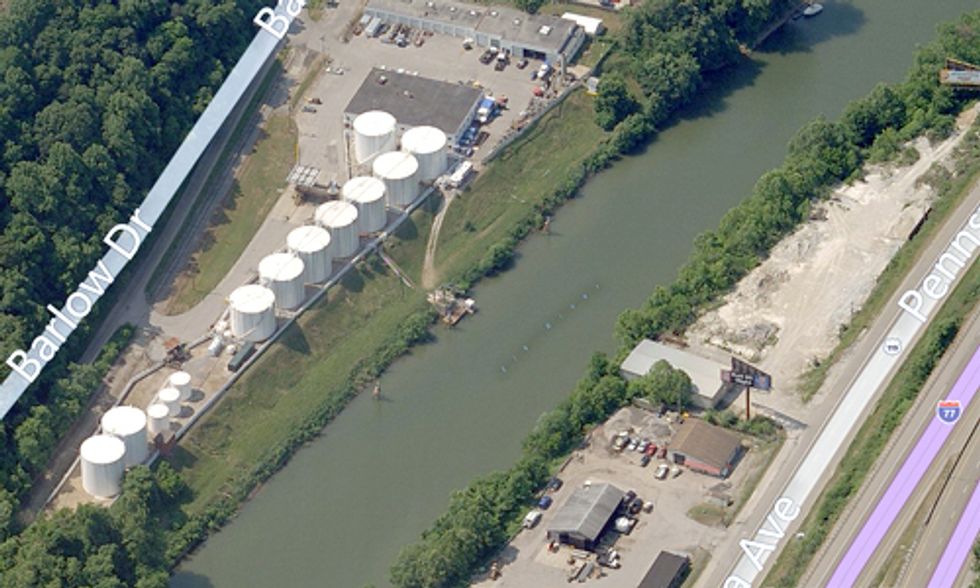 As of this week, a single violation of prohibitions on watering your lawn in California can cost $500. I recently picked up a tourist brochure for Sierra County California which cautioned me that a medical emergency in the mountainous, rural county was likely to require air evacuation, that my insurance probably wouldn't cover it and that the bill would begin at $15,000. I’ve also read that the rescue price tag for a climber who needs evacuation by air from Yosemite's cliff's can easily run $85,000. But that's fair—we ought to pay for the costs we create.

So how much did the Occupational Safety and Health Administration fine Freedom Industries, the company whose sloppy handling of the toxic chemical MCHM caused 10,000 gallons to spill into the Elk River, poisoning the water supply of hundreds of thousands of Charleston, West Virginia residents? Pathetically, a measly $11,000, less than the cost of a single burst appendix helicopter ambulanced in Sierra County. This when 300,000 people had to find alternative water supplies for ten days.

The chemical leak at Freedom Industries into the Elk River impacted the drinking water of more than 300,000 residents.

Clearly Freedom Industries isn't even beginning to pay the cost of what they created. In fact, this fine is probably smaller than what it would have cost them to run their facility correctly and avoid the spill in the first place, since one of the problems that OSHA fined them for was a leaky wall that needed to be replaced.

Freedom Industries is not alone in facing regulatory incentives that make short-cuts and safety violations economically attractive. Even giant BP, after running its refinery in Texas City for six years with repeated releases of lethal gasses, and then knowingly running for 40 days with its pollution control system out of operation and no notification of pollution control officials or the neighbors, got away with a $50 million fine, $22,000/day, that almost certainly made running the refinery and releasing hundreds of thousands of pounds of toxic air pollutant the profitable decision.

It’s not like we don’t know how to encourage most people to play by the rules without intrusive inspections or a police state.  Many bus and tram systems in Europe don’t check your ticket—except once every ten rides. But the fine for riding without a ticket is, say, 25 times the fare—so even passengers who might be inclined to cheat quickly see that it doesn’t pay—and buy a ticket. But if a bus system checked every ten rides, and the fine was five times the fare—well, do that math. You get a different answer. Lots of free riders.

But we seem to lose track of what we know about human behavior when it comes to those artificial human beings we call corporations. It’s almost as if we take what we know would be an appropriate penalty to make sure you didn’t damage your neighbors and divide it by the size of the corporation—the bigger the company, the weaker the incentive we create for following the rules.

Statute after statute sets penalty limits too small to make compliance the right call for profits. The maximum fine for an auto company that fails to report a safety defect and implement a required recall is only $35 million—that might have gotten Freedom Industries to repair its wall, but it is a tiny fraction of what a timely recall would have cost GM in its current lethal ignition switch scandal. (And remember, many of the vehicles with the defect are no longer on the road, so the current recall is actually costing GM less than a timely one would have.)

Do we have some reason to believe that corporations are somehow MORE virtuous than individuals? Not really. Indeed, many of our most prominent business voices argue that a corporation’s only duty is to make money. How does this play out when it comes to following the rules? Early in my work as an environmentalist, I was slipped an internal oil company memo, discussing whether to inform the federal government that a portion of one of its natural fields in the Gulf of Mexico was in federal waters and subject to federal price controls. The memo boasted a complex decision tree complete with % estimates of how likely the feds were to discover the liability on their own, what the oil company’s chances of winning in court were (less than half) and finally what were the odds of jail terms for company employees. Each of these had a dollar value attached, and the final conclusion was—don’t report. I shared the leaked document with federal energy regulators. The oil company observed the price controls.

No company executives went to jail, and at least on the public record, no fine was paid.

Some companies, it seem, are just too big to punish.