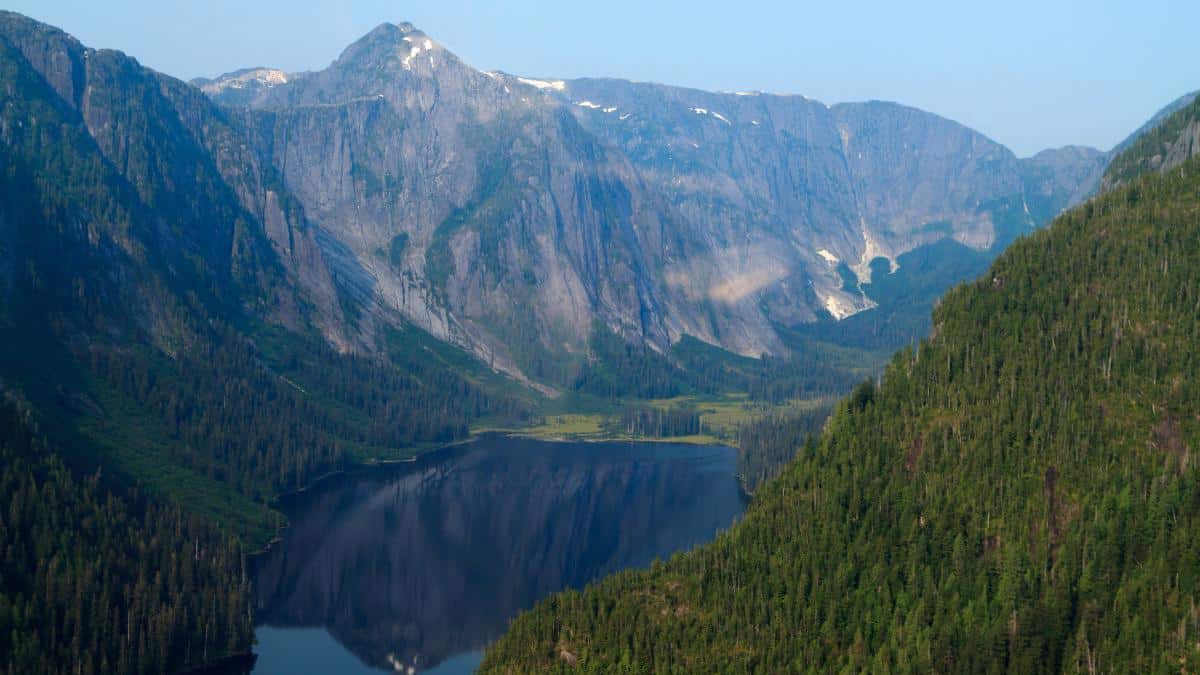 Conservation and climate action groups on Thursday applauded the U.S. Department of Agriculture’s announcement of far-reaching new protections for Alaska’s Tongass National Forest as well as a restoration of a key rule that former President Donald Trump rescinded three months before leaving office in a bid to open millions of acres to industrial logging.

Agriculture Secretary Tom Vilsack said the administration would put back in place the Roadless Area Conservation Rule, also known as the Roadless Rule, which Trump exempted Alaska from in a move that outraged Indigenous communities in the region as well as environmental advocates.

With the rule back in effect, companies will again be barred from road construction and large-scale logging in more than half of the 16 million acre forest, which includes five million acres of old-growth trees such as Sitka spruce trees that date back at least 800 years.

The forest serves as a habitat for more than 400 species of wildlife and fish, ensures food sovereignty for Indigenous communities in Alaska — including the Tlingit, Haida, and Tsimshian peoples, whose traditional territories lie within the forest — and plays a vital role in mitigating the climate crisis.

As one of the world’s largest intact temperate forests, the Tongass National Forest stores more than 1.5 billion metric tons of carbon and sequesters an additional 10 million metric tons annually, according to the Alaska Wilderness League.

The carbon held by the Tongass amounts to about 8% of all carbon stored in trees in the United States, Defenders of Wildlife said.

“The Biden Administration should be celebrated for taking a critical step in our international climate fight; the towering giant trees in the Tongass are ancient and sacred, and they are also one of the best solutions we have to climate change,” said Abbie Dillen, president of the legal advocacy group Earthjustice, who also urged the administration to apply the new policy to the rest of the country’s national forests.

The Center for Biological Diversity echoed the call for the administration to continue protecting the nation’s forests.

In addition to restoring the Roadless Rule for the 9.3 million acres that Trump ended protections for, the administration said it would bar large-scale logging for the entire 16 million acres of forest and invest $25 million in sustainable community development “for projects to improve the health of the forest,” according to The New York Times.

The Biden administration also intends to cancel plans to sell timber from three major old-growth forests, including ones on Prince of Wales Island and Revillagigedo Island in the Tongass.

According to Beverly Law, professor emeritus of global change biology at Oregon State University, the protection of old-growth trees in the Tongass will allow carbon to be stored by the forest for about 1,000 years, while 65% of carbon held by trees that are cut down by loggers is released into the atmosphere.

“This is the most important thing that can happen in terms of preserving forests,” Law told The Washington Post.

Defenders of Wildlife said the USDA’s announcement represented a “welcome shift in priorities… from destructive liquidation of irreplaceable old-growth forests to restoration and recreation investments developed with local input and participation.”

“Protecting roadless and old-growth forests on the Tongass will conserve biodiversity and help address climate change while aligning Tongass management with the economic realities in Southeast Alaska and with overwhelming public opinion,” said Patrick Lavin, Alaska policy advisor for the group.

SalmonState, which works to protect wild salmon in Alaska including the five species that live in waterways in the Tongass, called Thursday’s announcement a “bold and forward-thinking move by the Forest Service.”

“The Tongass is not only one of the few truly wild places left on the planet, it is vital to our path forward as we deal with climate change,” said SalmonState communications director Mary Catharine Martin. “We’re thrilled that this announcement recognizes how valuable the Tongass is, both to the people that live here and to the rest of the world.”

Alaska Wilderness League pointed out that protecting the Tongass will safeguard major parts of the region’s economy.

While the timber industry provides less than 1% of jobs in southeastern Alaska, the group said, the Tongass is “the linchpin of Southeast Alaska’s economy… with fishing and tourism each generating an annual $1 billion economic benefit.”

“With Alaska experiencing climate impacts more acutely than most, we shouldn’t be discussing the continued clearcutting of a natural climate solution that exists right in our own backyard,” said Andy Moderow, Alaska director for the group.

“Alaskans love their old-growth forests and the timber industry in Southeast (Alaska) is now a relic of the past, and the Biden administration should be commended for looking forward to what kind of world we want to leave to our kids,” Moderow added. “The Tongass is an unmatched treasure and with smart action now we can properly manage it for future generations.”