Toledo Water Ban Lifted, But Is the Water Safe and What Caused the Toxic Algae Bloom? 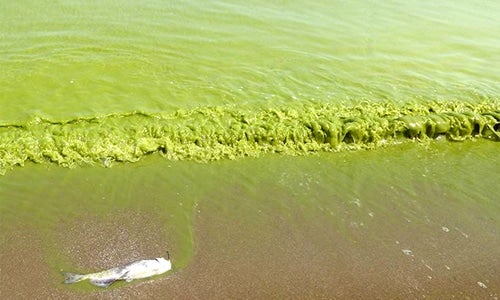 The City of Toledo issued a “Do Not Drink” advisory to more than 400,000 residents last weekend after chemical tests confirmed the presence of unsafe levels of the algal toxin Microcystin in the drinking water in three counties in Ohio and one in Michigan.

“In order to solve this, we have to reduce the amount of phosphorus leaving our farm fields, coming out of our sewage treatment plants, failing septic tanks … The biggest source in the Maumee River, because that river drains four and a half million acres of agricultural land, is agriculture runoff,” said Reutter.

Also speaking on this issue from the Toledo area is Sandy Bihn, executive director of Lake Erie Waterkeeper. She provided me this statement this morning:

The heroes of the devastating Do Not Drink Toledo’s water are the Toledo, Oregon, Carroll Township and Ottawa County water plant operators who took it upon themselves to voluntarily test for the toxin microcystin. Last year, Carroll Township, a city that draws water from Lake Erie, issued a Do No Drink the Water advisory. There was an outcry from water plant operators for federal and state microcystin standards, and testing and treatment guidelines. But, nothing happened. The federal government and the state of Ohio needs to determine what the safe drinking water standard is for microcystin rather than relying on the World Health Organization. For example, the state of Minnesota has a standard of .041 parts per billion, but the World Health Organization’s standard is 1.0 parts per billion. 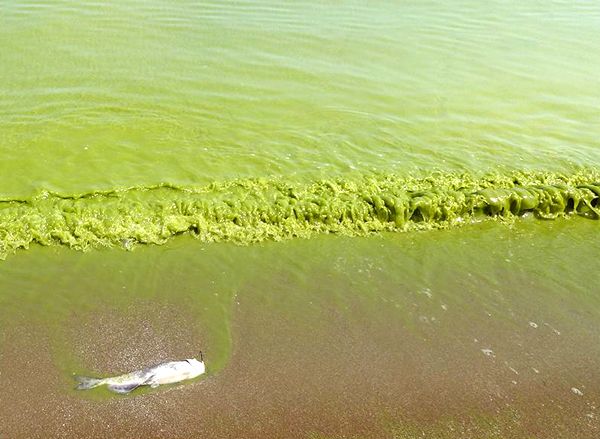 Microcystin is a toxin produced by blooms of freshwater algae, which are a vast and growing problem in Lake Erie—Toledo’s drinking water source. Photo credit: Lake Erie Waterkeeper

The Ohio Environmental Protection Agency with the help of the U.S. Environmental Protection Agency needs to create a source water protection plan under the Safe Drinking Water Act for the Toledo drinking water intake. This would put forth a plan to reduce the algae sources of the Toledo drinking water intake. The International Joint Commission has also recommended creating a plan for a total maximum daily load for phosphorus reductions in the western basin of Lake Erie. These programs need to begin now.