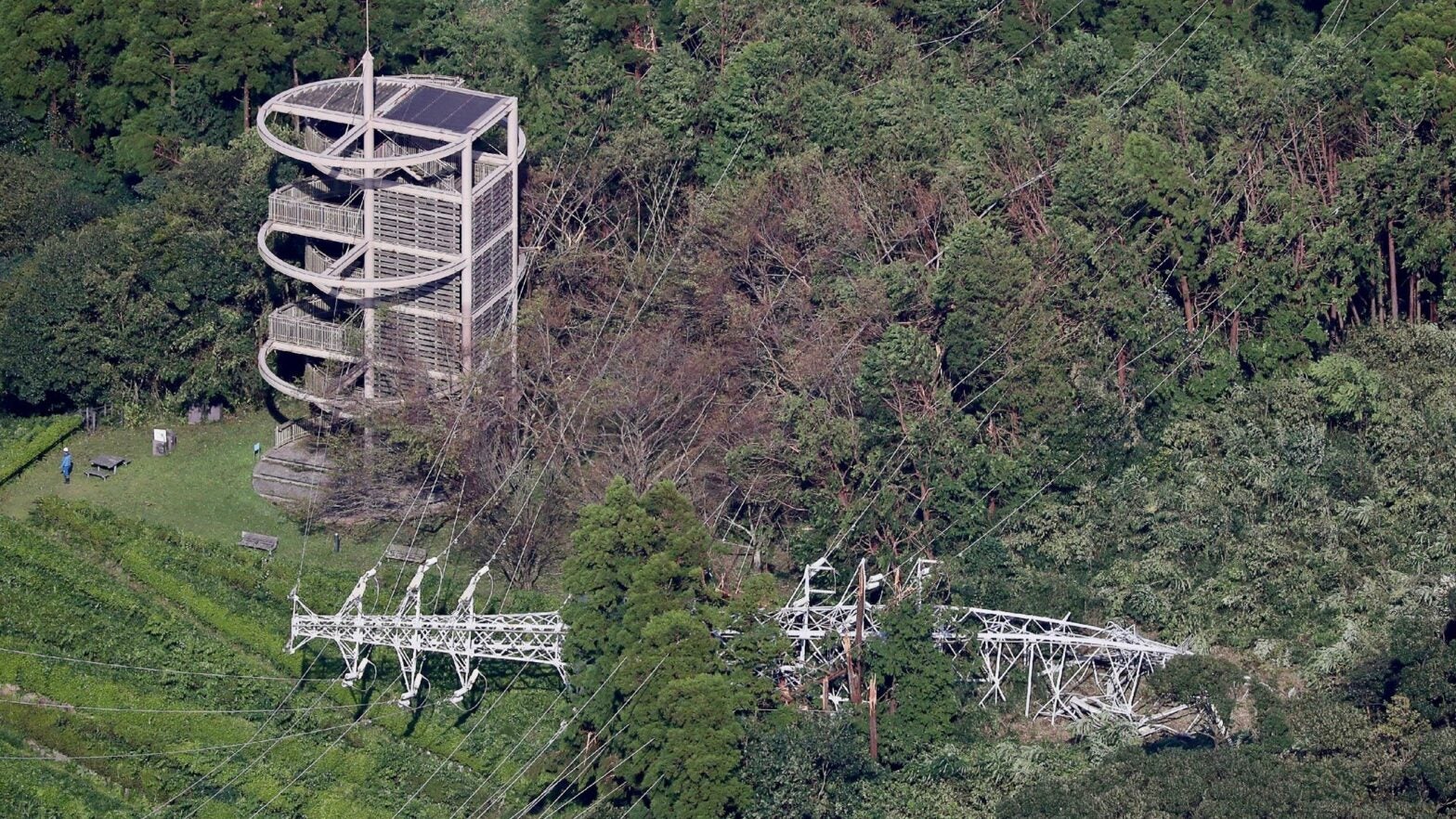 Nearly one million homes were without power, three people were killed, nearly 40 were injured, while thousands of people were stranded at Tokyo’s Narita International Airport after a powerful typhoon made landfall near the Japanese capital earlier today, as Kyodo News reported.

Typhoon Faxai made landfall with sustained winds near 130 miles per hour, according to the BBC. It was the most powerful typhoon to hit Tokyo in nearly a decade. At one point, the entire city of Kanagawa lost power and authorities warned against going outside.

“I’ve never seen a situation like this, where the entire city lost power,” a city official told NHK, as the Guardian reported.

The storm hit the coastal city of Chiba early Monday morning, forcing the above ground East Japan Railway Co. to suspend all lines in the greater Tokyo area, stranding millions of commuters. Millions more were unable to get to work after subway service was suspended as well. However, most of the services resumed by noon after the storm passed though on a delayed schedule.

“We need to inspect tracks and check if there is any damage,” a train company spokesman told Agence France Presse.

The entire islands of Shikinejima and Oshima off the country’s south coast lost power, according to the Tokyo Disaster Prevention Department, as CNN reported.

Security camera footage captured a woman in her fifties being blown head first into a building wall by the force of the wind. She was found unconscious on a street in Setagaya City, a residential area near central Tokyo, and later died in hospital, NHK reported, according to the BBC.

Police also reported that an 87-year-old man died after a tree toppled over him while he was removing fallen trees on a mountain in Otaki, Chiba Prefecture, according to Kyodo News.

More than 100 flights to and from airports in the Tokyo area were canceled on Monday, according to the airport website, as CNN reported.

By Monday afternoon, 6,800 passengers were still stranded at Narita International Airport, according to an airport spokesperson, as CNN reported. Flights were still arriving, but blocked highways and suspended rail service left weary travelers with no way to leave the airport.

“They let planes land … and thousands of passengers were disgorged into an airport that was cut off – no buses, no JR trains,” one traveler told Reuters. “The only connection was a private train running every half hour half way to Tokyo.”

Metal signs fell off buildings, vehicles flipped over, and the metal roof of a petrol station tore off, as Reuters reported.

The Japan Atomic Energy Agency announced that a cooling tower at its research reactor at Oarai fell, but no radiation leak was detected. Seven nuclear monitoring posts set up by the central government in Chiba Prefecture did not report data on radiation levels since early Monday, apparently due to the typhoon, according to the Nuclear Regulation Authority and the Chiba prefectural government, according to Kyodo News.

Sony Corp suspended operations at its plant where PlayStation 4 consoles are manufactured in Kisarazu, southeast of Tokyo, because of power outages. And, Nissan factories west of Tokyo were put on hold because of flooding, according to NHK, as Reuters reported.

After the storm passed, temperatures shot up to unseasonably hot levels and are expected to reach 97 degrees Fahrenheit tomorrow. Authorities urged residents not to overexert in cleaning up from the typhoon as a precaution against heat stroke, as Reuters reported.