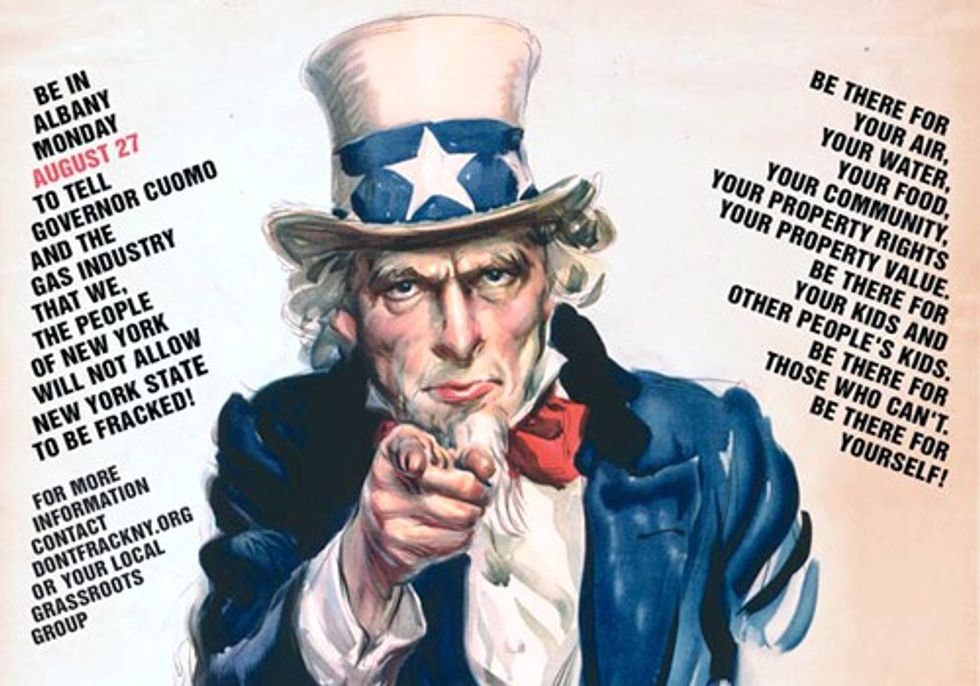 On the heels of a Siena Poll showing the majority of Upstate New Yorkers Oppose Fracking and the new TV ad blitz in New York's Southern Tier, citizens, scientists and celebrities will march in Albany, NY on Monday, Aug. 27 unifying around a powerful new Pledge to Resist Fracking in New York.

WHAT: March and rally with street theatre, huge signs and visuals, and a giant Gov. Cuomo prop.

On Aug. 27, people from across New York will be speaking with one voice to make our deep commitment to stopping fracking clear. The purpose of Don’t Frack New York is to deliver our pledges of resistance to Governor Cuomo and demand a ban on fracking. The pledge lays out that stopping fracking is necessary to prevent the destruction and poisoning of New York’s water, air and food systems on which life, health and economic prosperity all depend—including that of future generations.

Here's are three ads/PSAs that were released last week to educate the public on hydraulic fracturing and encourage Gov. Cuomo to ban fracking in New York: