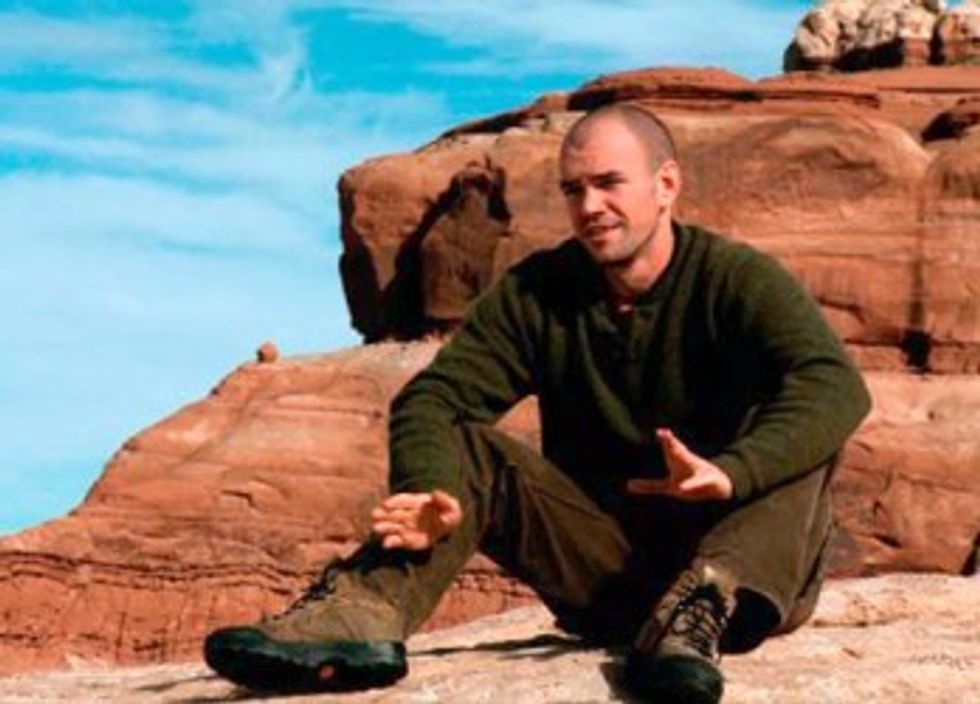 At a time when the debate over climate change is finally gaining post-election traction and hot topics such as fracking and the Keystone XL pipeline have captured public attention, the documentary Bidder 70 is poised to showcase a movement that has steadily gathered force, particularly among millenials, who harbor grave concerns for the increasingly perilous future. The feature-length documentary chronicles how renowned activist Tim DeChristopher’s civil disobedience blazed new opportunities for the climate justice movement.

On Dec. 19, 2008, University of Utah economics student Tim DeChristopher disrupted a highly disputed Bush administration Bureau of Land Management (BLM) oil and gas lease auction in Salt Lake City. Not content to merely protest outside, DeChristopher entered the auction hall and registered as bidder 70. With no intention of paying for leases starting at $2 per acre, he outbid industry giants on 77 pristine Utah land parcels surrounding American treasures like Canyonlands National Park, and effectively safeguarded from drilling 22,000 acres of land worth $1.7 million, before the auction was halted.

Although incoming Interior Secretary Ken Salazar invalidated the auction two months later, DeChristopher’s brave commitment and actions rewarded this remarkably principled young man with two federal felony indictments carrying penalties of up to ten years in prison and $750,000 in fines. Awaiting trial with the threat of prison looming, the 27-year-old environmentalist escalated his activism and evolved into a charismatic and ingenious climate justice leader. He co-founded Peaceful Uprising, a grassroots group dedicated to defending a livable future through empowering non-violent action.

After two years and nine postponements, Tim’s trial began on Feb. 28, 2011. Patrick Shea, former BLM director for President Bill Clinton, represented DeChristopher pro-bono. Outside the courtroom, hundreds of people rallied in solidarity with DeChristopher. Inside, Judge Dee Benson disallowed every defense that DeChristopher’s lawyers put forth. After a five-day trial, DeChristopher was found guilty, and his sentencing was scheduled for summer 2011.

Refusing to back down, DeChristopher gave a keynote speech for the 10,000 student participants in Power Shift during April 2011 in Washington D.C. He then led them to occupy the Department of the Interior, wisely avoiding arrest while dozens were seized for this mass act of peaceful civil disobedience.

On July 26, 2011, DeChristopher was sentenced to two years in federal prison and removed immediately from court in chains. Documented in Bidder 70, his nearly five-year odyssey from auction interloper to unjailed environmental hero has garnered not only national media attention but also the support of such well-known figures as Nobel prize-winning scientist Dr. Terry Root and filmmaker Robert Redford, whom appear in the movie alongside other high-profile community activists and leaders.

Only one day after his release from federal prison, Peaceful Uprising, Gage and Gage Productions and Gathr Films are celebrating and welcoming Tim home, with echoes of love, joy and resolve resonating across the country. On Earth Day, April 22, for DeChristopher’s first viewing with his community of the film that premiered last year, they are coordinating the simultaneous theatrical release and community screenings of Bidder 70 in Salt Lake City and at 50 nationwide locations.

After the show, DeChristopher and filmmakers Beth and George Gage will live-stream his first public address after his 21-month incarceration and Skype an hour-long discussion and question-and-answer session. No matter where movie viewers are watching, they can participate by sending questions via Twitter. Musician Bryan Cahall, whose song Arise plays in the film, will also lead a Salt Lake City jam session, and Peaceful Uprising may share a comprehensive and practical blueprint of its CoRR (PeaceUp Communities of Resilient Resistance) model as well.