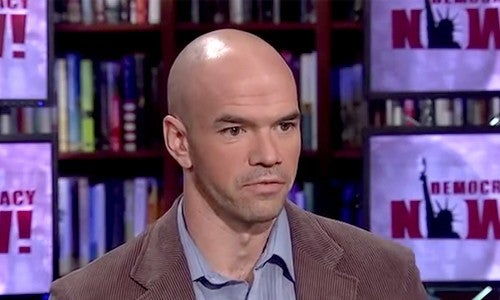 Tim DeChristopher, co-founder of the new Climate Disobedience Center and outspoken climate justice activist, is calling for an end to all new fossil fuel leases on public lands and oceans.

He argues that declaring unleased oil, gas and coal on public lands as “unburnable” would accomplish more in the global fight against climate change than any other single action taken by the Obama administration. He argues that it could prevent 90 times more carbon emissions from being emitted than Obama’s Clean Power Plan.

Watch him discuss this issue on Democracy Now!: