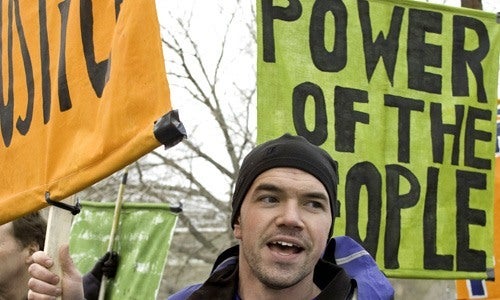 This morning, French Foreign Minister Laurent Fabius, suggested that demonstrations outside the COP21 climate negotiations in Paris should be scaled back from marches of hundreds of thousands to a safe “kettled” rally of 5,000. The French Prime Minister has already announced that many of the “side events,” where the public gets to have a voice, are being cancelled. Many journalists are already being excluded from the negotiations out of capacity concerns. Obviously this repression of the public is coming in the wake of the Paris attacks that killed 129 people. But that is not the only dynamic at play.

This attempt to keep the movement out of the streets is coming at a time when the people power of the climate movement is actually winning against the entrenched monied power of the fossil fuel industry. The last few weeks have been unprecedented in the history of the U.S. climate movement. The unrelenting #ShellNo campaign convinced Shell to give up on their attempt to drill in the Arctic. The northern leg of the Keystone XL pipeline was vetoed in the face of a huge resistance campaign. A real climate bill that would keep fossil fuels in the ground has been introduced in the Senate. Exxon has been subpoenaed for lying about climate change, the Port Ambrose liquified natural gas export facility was vetoed, and late last night the Bureau of Land Management cancelled an oil and gas auction in Utah that faced major protest. That momentum is what would have been on displayed in Paris and what political leaders are now trying to suppress. 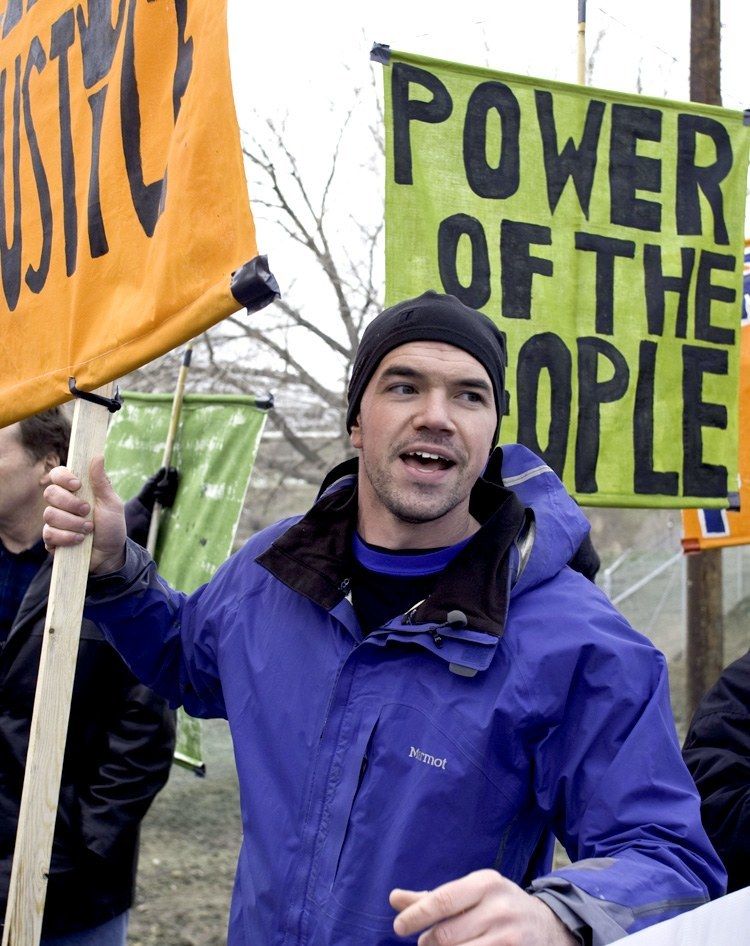 While the fossil fuel industry has direct inside access to the climate negotiations to influence the process, the influence of the climate movement comes from the public demonstration of commitment and resistance. Only the one of those kinds of influence is facing repression. Nearly 400,000 people have been calling for the UN to kick the fossil fuel industry out of the climate talks, but the UN has yet to act. There is no attempt by officials to limit fossil fuel lobbyists out of either security or capacity concerns. That means these “security measures” are a huge restructuring of the power balance in the climate negotiations. This corporate coup would be one of the most destructive moves in the already tragic history of the climate crisis.

Thankfully, the politicians who are trying to call off the protests are not the people who were planning the protests. Our movement has the choice of how to respond to this attempt at repression, and this development just raises the stakes. Since the power of our movement is in the display of commitment and resistance, an unwanted protest is far more powerful than a sanctioned one.

The call to kick the fossil fuel industry out of the climate talks should be amplified louder than ever into a fierce demand. Journalists who are told there is not enough space for them at the official talks should be asking why there is always enough space for corporate lobbyists. And the movement must march. People have to fill the streets. If the voice of the movement is reigned in while the voice of fossil fuel lobbyists are given free reign, the movement should storm the talks. And those of us who can’t be in Paris (say because we’re on federal probation and can’t leave the country), should storm the UN building in New York.

This is a critical juncture for a movement that has forward momentum on our side. We have the power right now. We cannot allow ourselves to give up our power out of concerns about safety and security. Juxtaposed to the overwhelmingly hopeful news about the climate movement has been the equally overwhelmingly dire news about the climate science. That means we are entering a desperate age of unraveling in which there will never again be a safe time when protest is welcomed and appropriate. Elites and officials will always have reason to fear insecurity. But young people and future generations will never have the security that UN officials insist upon for themselves. Now that we have a movement with real power, it is essential that we have the courage to use it.