Tim Cook: New Solar Farm Will Be Apple's 'Biggest, Boldest and Most Ambitious Project Ever' 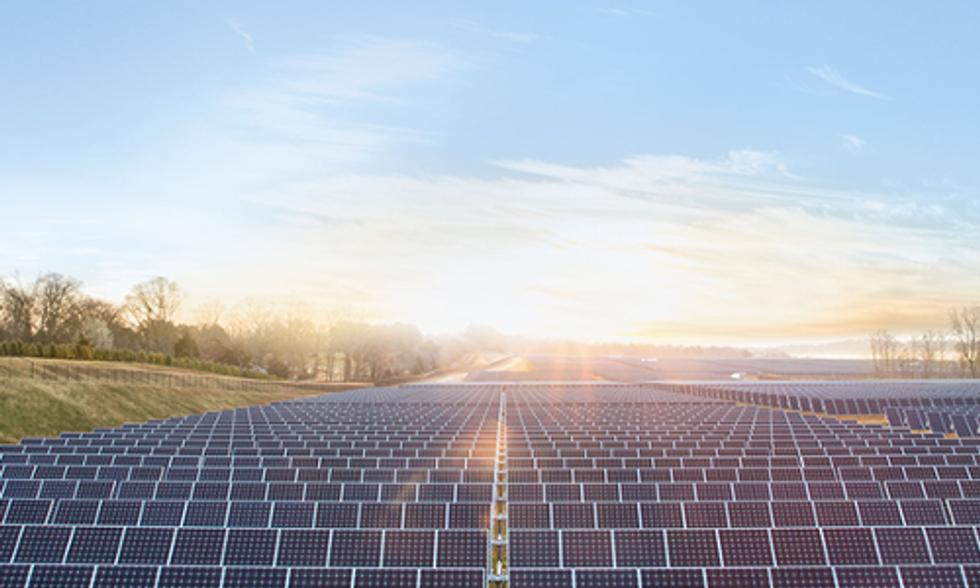 Apple already has three solar farms including this one in North Carolina. Photo credit: Apple

"We know at Apple that climate change is real, and our view is that the time for talk has passed and the time for action is now,” Cook told the audience at the Goldman Sachs Technology and Internet Conference in San Francisco as he announced what he called Apple's "biggest, boldest and most ambitious project ever."

He said the new development, which First Solar will build with a $850 million investment from Apple and their commitment to purchase the power generated, will generate enough electricity to power the equivalent of 60,000 homes. It will be able to provide renewable energy for Apple's new campus in Silicon Valley, all of its other California offices, all 52 of its retail stores in California and its data center in Newark. The work will begin in a few months and the farm should be operational in 2016.

"Apple is leading the way in addressing climate change by showing how large companies can serve their operations with 100 percent clean, renewable energy," said Joe Kishkill, First Solar's chief commercial officer. "Apple's commitment was instrumental in making this project possible and will significantly increase the supply of solar power in California. Over time, the renewable energy from California Flats will provide cost savings over alternative sources of energy as well as substantially lower environmental impact."

It's not Apple's first foray into solar, although it is one of its most ambitious. The company already has two solar farms in North Carolina and another in Nevada. Apple also has investments in wind, hydropower and fuel cells. Cook said in yesterday's conference presentation that all of Apple's data centers already run on renewable energy and that the new headquarters it's building will be state-of-the-art green.

He assured the audience of investors that Apple's large investment in solar isn't just some feel-good move but also good for business.

“I know this is a financial conference and some of you are interested in, is that a good use of funds or not," he said. "Quite frankly we’re doing this because it’s right to do, but you may also be interested to know that it’s good financially to do it. We expect to have a very significant savings because we have a fixed price for the renewable energy, and there’s quite a difference between that price and the price of brown energy. So we're thrilled to continue on this course of doing things that leave the world better than we found it."

Last May, Greenpeace issued a report called Clicking Clean: How Companies Are Creating the Green Internet, rating 19 Internet companies and naming Apple a "green leader" for its commitment to renewable energy.

"It's one thing to talk about being 100 percent renewably powered, but it's quite another thing to make good on that commitment with the incredible speed and integrity that Apple has shown in the past two years," said Greenpeace senior IT sector analyst Gary Cook in response to Tim Cook's announcement.

"Apple still has work to do to reduce its environmental footprint, but other Fortune 500 CEOs would be well served to make a study of Tim Cook, whose actions show that he intends to take Apple full-speed ahead toward renewable energy with the urgency that our climate crisis demands."