5 Reasons Rex Tillerson Is Unfit to Be Secretary of State 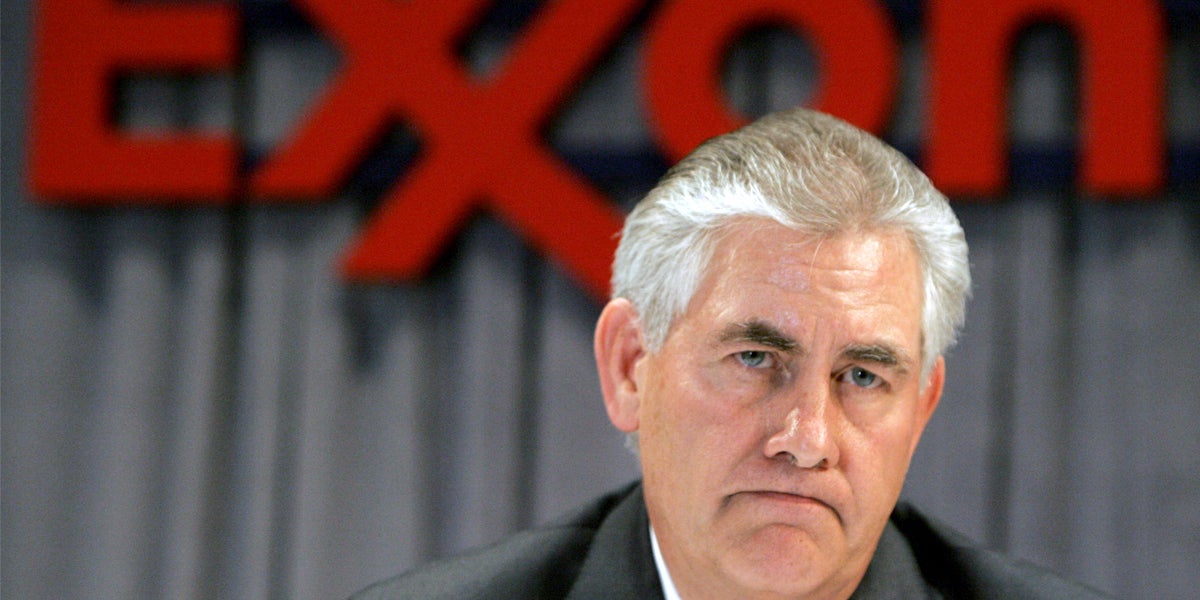 The nomination of Rex Tillerson, former CEO of Exxon, is on the Senate floor this week. Tillerson is a weak nominee at a time when the U.S. desperately needs skillful, experienced diplomacy to assert continued leadership on vital global affairs. His confirmation process confirmed one thing: he is ill-equipped to deal with the chaotic consequences of President Trump’s “America First” agenda and the risks it poses for our relations with other nations and our status as a world leader.

Over the past six weeks, we’ve gotten to know Rex Tillerson as he seeks to transform himself from head of the largest U.S.-based oil and gas company to America’s top diplomat. Here are five reasons why the Senate should block his confirmation.

The actions taken this past weekend to enforce President Trump’s executive order on refugees, immigrants and Muslims have rattled me to my core.

As a human being I’m appalled at the lack of compassion for people who have suffered devastating losses in the face of wars and repression. As a believer in our Constitution, I’m horrified at the application of a religious test to those seeking refuge in our nation. As an American I’m angered to learn about people holding valid visas or green cards detained and/or denied entry into the U.S. As the spouse of an immigrant I’m alarmed by the stories of families separated at airports. As a citizen I’m grateful that elected officials like Rep. John Lewis and Sen. Elizabeth Warren are opposing the ban (and disappointed that so few members of the party in power have done so). As someone who has spent my entire working life in civil society organizations I’ve cheered on the American Civil Liberties Union (ACLU) and other legal advocacy groups and felt proud of the statement issued by the Union of Concerned Scientists (UCS) President Ken Kimmell.

Tillerson’s inexperience and lack of knowledge of refugee issues is deeply troubling. Not only do we face the immediate crisis brought on by President Trump’s executive order targeting Muslims and refugees, but we as a nation and a world also face the growing threat of climate-driven displacement: of people driven from agricultural lands, coastal communities, mountain villages—their homes—by drought, crop and livestock loss, flooding, wildfires, disease and other impacts.

The role of climate change and extreme weather in creating scarcity, generating conflict and displacing people is increasingly well understood by our own military, to say nothing of the international development community. Indeed some experts believe the war in Syria has its roots in the extended drought the country has faced. Such precarious international threats demand the most considered American response.

In response to questions from Sen. Ben Cardin, Ranking Member of the Foreign Relations Committee, Tillerson repeatedly stated that he does not have “a comprehensive understanding” of the U.S. Refugee Admissions Program, but that he “will work to further his understanding” if confirmed. Given the state of conflict in the world and the refugee crisis in Europe—something Trump is hoping to avoid in the U.S.—shouldn’t the nominee have studied up on the program before his Senate appearance?

Refugees, their families, the U.S. public and our global allies deserve a Secretary of State who is already up to speed on U.S. refugee programs and our international obligations and can hit the ground running.

2. Tillerson has Failed to Address Conflicts of Interest

I’ve studied Steve Coll’s Private Empire in light of Tillerson’s nomination. Coll paints a picture of a corporation so large and powerful—operating in some 200 nations and territories—that it really has its own foreign policy. The book provides examples of how Tillerson managed that foreign policy and represented Exxon’s interests—sometimes at odds with U.S. national interests—in his dealings with leaders of Chad, Equatorial Guinea, Indonesia and other countries where the company does business.

It is not a pretty picture.

For his part, President Trump has faced widespread criticism for his cavalier attitude about potential or actual conflicts between his business interests and the U.S. national interest. In the most recent example, his executive order targets seven nations where he does not have business interests, but omits other majority-Muslim nations where the Trump Organization does business—even though many of these countries also face terrorism concerns.

(The White House denied that Trump’s business ties had any influence over the countries selected for the travel ban, saying that they were initially identified as “countries of concern” under the Obama Administration).

Tillerson, however, appears not to be concerned about potential conflicts between President Trump’s overseas business interests and American interests in any particular country. In response to a question from Sen. Jeff Merkley, Tillerson expressed his “understanding that [President] Trump has separated himself from his family’s business in such a way that this matter would not come up at all.”

Meanwhile, Tillerson has received preferential treatment from Exxon that could be seen as “a pre-payout for advancing Exxon’s interests at the State Department.” As Secretary of State, Tillerson could, for example, intervene on the side of his former employer in legal proceedings related to human rights abuses, including a longstanding case alleging that Exxon was complicit in murder and torture in the Indonesian province of Aceh. Yet he refuses to recuse himself from matters involving Exxon for the duration of his term as Secretary of State.

One issue on which the U.S. national interest runs counter to Exxon’s business interests—and to the company’s fundamental business model—is climate change. Under Tillerson’s leadership, Exxon “acknowledged” the goals of the Paris climate agreement when it took effect last November, but stopped short of saying it agreed with or would work toward the goal of keeping warming well below 2 C above pre-industrial levels.

While Tillerson called for U.S. leadership in other arenas of foreign affairs, on climate change he is content with just having “a seat at the table.”

Somewhat perplexingly, Tillerson testified that climate change can only be solved by international action, yet downplayed the urgency of action and the evidence of climate risks and impacts.

The vast majority of climate scientists, of course, disagree with many of the claims Tillerson made during his testimony and in his written responses, as my colleague Rachel Cleetus blogged last week. He told the Foreign Relations Committee, for example, that “The increase in greenhouse gas concentrations in the atmosphere are having an effect. Our ability to predict that effect is very limited.” In his written responses, he followed up by asserting:

“I agree with the consensus view that combustion of fossil fuels is a leading cause for increased concentrations of greenhouse gases in the atmosphere. I understand these gases to be a factor in rising temperatures, but I do not believe the scientific consensus supports their characterization as the ‘key’ factor.”

Perhaps Tillerson is referring to the discredited research of Dr. Wei-Hock (Willie) Soon, funded by Exxon and other fossil fuel interests as recently as 2012, which broadly overstated the role the sun plays in climate change?

Tillerson also stated “I do not see [climate change] as the imminent national security threat that perhaps others do.” Those “others” include the Department of Defense, the U.S. Army Corps of Engineers and military leaders.

Tillerson has been credited with shifting Exxon’s posture on climate change—saying that the company would no longer fund groups that deny climate change and publicly stating its support for a carbon tax. However, the company’s actions do not yet match its words.

Exxon maintains leadership roles and affiliations with trade associations and industry groups that spread disinformation on climate science and policy and has been criticized for not consistently supporting a carbon tax and as CEO Tillerson repeatedly disparaged climate science and overemphasized humanity’s ability to adapt to a changing climate.

Tillerson emphasized “accountability” in his testimony before the Senate Foreign Relations Committee. Yet he evaded questions about Exxon’s positions and actions under his leadership. 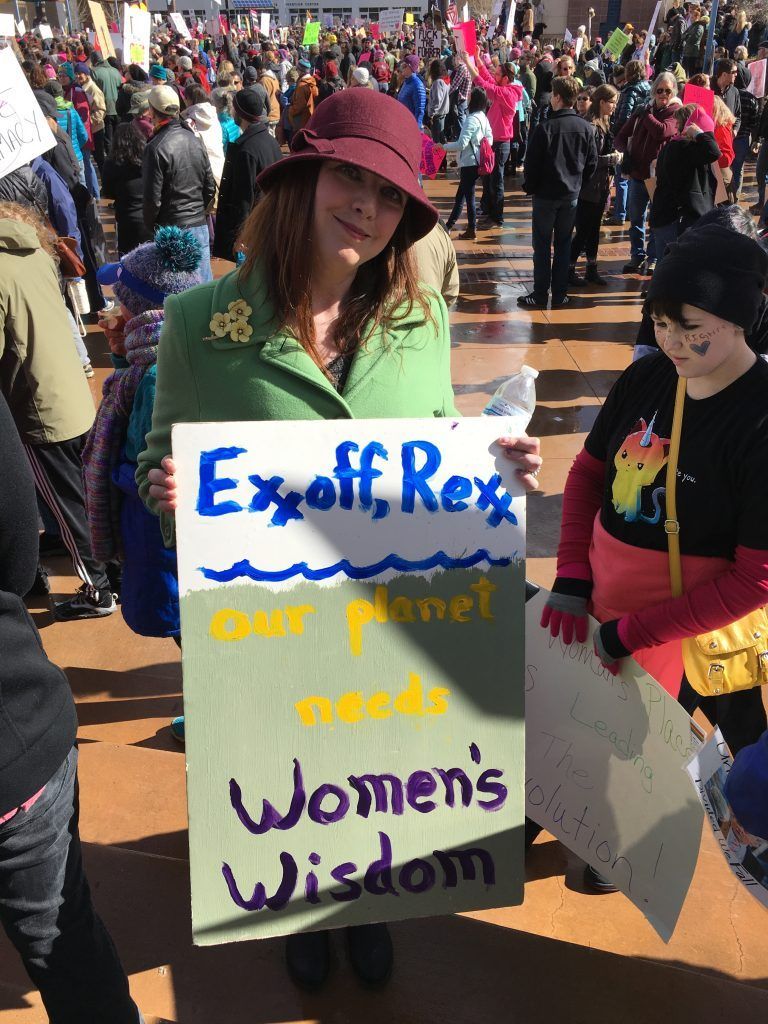 Notably, Tillerson dodged a question from Sen. Tim Kaine about Exxon’s role in spreading climate disinformation. When Kaine followed up, asking whether the 40-year Exxon employee who had spent more than 10 years as CEO lacked the knowledge or was refusing to answer, Tillerson replied, “A little of both.”

Tillerson Called Out for 'Lying About Climate' During Confirmation Hearing https://t.co/lGjkENGlL9 @OpenSecretsDC @DeSmogBlog

Moreover, under Tillerson’s leadership, Exxon attacked public officials, scientists and civil society organizations attempting to hold the company accountable for its actions. The company is suing the attorneys general of Massachusetts and New York and attempting to block their investigations into whether Exxon violated any laws in misleading investors and the public about climate change.

Exxon has also subpoenaed UCS, other nonprofit organizations and scientists in relation to this investigation.

Tillerson came out of the Foreign Relations Committee on a narrow, party-line 11-10 vote. In announcing his position before the vote, Ranking Member Ben Cardin said:

“However, after long and careful consideration, I believe Mr. Tillerson’s demonstrated business orientation and his responses to questions during the confirmation hearing could compromise his ability as Secretary of State to forcefully promote the values and ideals that have defined our country and our leading role in the world for more than 200 years. I will therefore not be supporting his nomination with my vote in Committee or on the Senate floor….

“While I was pleased that Mr. Tillerson said that he would support the laws I have written to hold accountable human rights abusers globally and in Russia specifically and that America should have a seat at the table when discussing climate change with the international community, merely being willing to uphold the law or being willing to participate in global diplomacy are simply the necessary prerequisites for the job, not sufficient cause for confirmation.”

Senate Minority Leader Chuck Schumer has come out in opposition to Tillerson’s nomination and says senators deserve to know where he stands on executive orders targeting refugees and immigration before being asked to vote him up or down.

The U.S. public and our elected representatives should be asking tough questions about the capacity of President Trump and his cabinet to preserve, protect and defend the diversity that makes America great—especially since they are almost all white men, many of them billionaires and generals. These concerns are particularly pertinent in light of the elevation of Presidential adviser Steve Bannon, with his ties to white nationalists, to the National Security Council.

Rex Tillerson is unfit to be Secretary of State. If he is confirmed, the nation—and the world—will be dealing with the consequences of Tillerson’s lack of foreign policy experience, failure to address conflicts between his personal interests and the national interest and equivocation on climate change in the months and years ahead.

Kathy Mulvey is the accountability campaign manager and advocate for the Climate & Energy team at the Union of Concerned Scientists.