A Big Gift to Big Oil 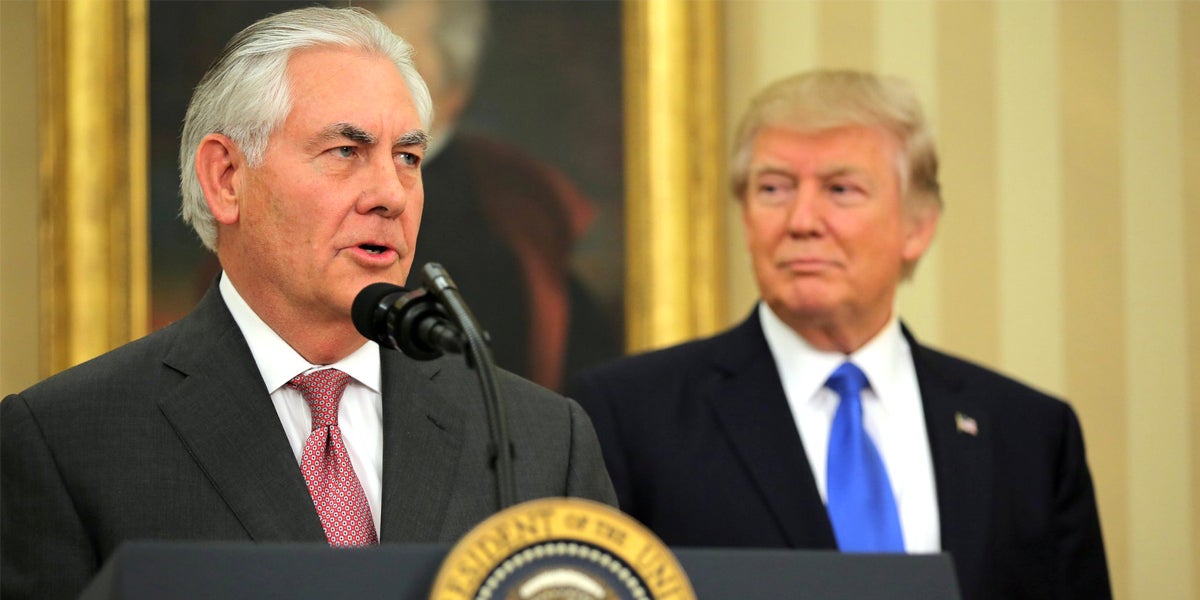 Today’s decision by the Republican-led U.S. Senate to overturn a rule designed to stop oil companies striking corrupt deals with foreign governments is a grave threat to U.S. national security and an astonishing gift to big oil. The news comes just two days after Rex Tillerson, a longstanding opponent of the law while CEO of ExxonMobil, was confirmed as Secretary of State and the day after the U.S. eased sanctions on Russia.

The oil industry is the most corrupt on the planet. Alongside a broader anti-regulatory push and President Trump’s failure to address his conflicts of interest, this vote to roll back efforts to bring oil deals into the open is another sign of the rapid erosion of U.S. democracy in favor of big business.

The law, known as the Cardin-Lugar transparency provision, requires U.S.-listed extractive companies like Exxon, Chevron and several Chinese oil majors to publish details of the hundreds of billions of dollars they pay to governments across the world in return for rights to natural resources. Bringing shady oil deals to light should help ensure these vast public revenues benefit all instead of lining the pockets of corrupt elites. However, this week, Congress voted to rescind the implementing regulation by the U.S. Securities and Exchange Commission, with the House of Representatives voting on Wednesday and the Senate voting earlier today.

“As Exxon CEO, Rex Tillerson did everything in his power to gut this law, because it doesn’t suit big oil’s corrupt business model,” said Corinna Gilfillan, head of the U.S. office for Global Witness. “Now he’s Secretary of State Congress has immediately sanctioned corruption by green lighting secret deals between oil companies and despots. These deals deprive some of the world’s poorest people of oil wealth that is rightfully theirs. Given the President’s massive conflicts of interest and his administration’s broad attacks on regulation, it appears our institutions are increasingly being abused to further the business interests of a powerful few. This is how corrupt dictatorships start.”

This move sets the U.S. in opposition to a broader global trend toward greater transparency and accountability in how oil, gas and mining revenues are managed. Thirty other major economies around the world, including the UK, Canada, Norway and all 27 members of the European Union—have laws requiring their oil, gas and mining companies to disclose their payments to governments. Dozens of major European and Russian oil companies have already published their payments to governments. Claims made by the oil lobby that greater transparency will harm U.S. oil companies’ competitiveness has proven untrue.

Global Witness notes with concern the complete fabrication of facts by the Republican leadership in their presentations about the Cardin-Lugar transparency provision. They have relied on the American Petroleum Institute’s “facts,” which have been discredited over the past six years in multiple fora, while being totally unwilling to hear an alternative view. This is evidenced by their absence during the actual debate, not to mention the fact that many in the leadership who have pushed this resolution receive vast sums from the oil and gas industry. In the absence of a better explanation, it is difficult not to conclude that big oil has just had its lackeys liberate them to be corrupt.

“The U.S. has thrown away its global leadership on tackling corruption. Oil, gas and mining companies from other countries have already disclosed over $150 billion in payments under similar rules, meaning citizens can begin to hold their governments to account. If they can do it, you have to ask—what have the U.S. companies got to hide?” said Gilfillan.

The law was finally implemented in 2016 after being passed in 2010 as part of the Dodd Frank reform act. It was implemented following a broad campaign from civil society groups, investors and community leaders all over the world.

Prior to the vote, Bishop Cantu, chairman of the Committee on International Justice and Peace at the United States Conference of Catholic Bishops said, “Transparency in extractive industry payments to governments is important to us as leaders of the Catholic community of faith and institutions that are investors and consumers. We believe these principles, policies and rules can help protect the lives, dignity and rights of some of the poorest and most vulnerable people on earth. The rules have moral and human consequences as well as economic and political impact.”