After a Half-Century, Tigers May Return to Kazakhstan 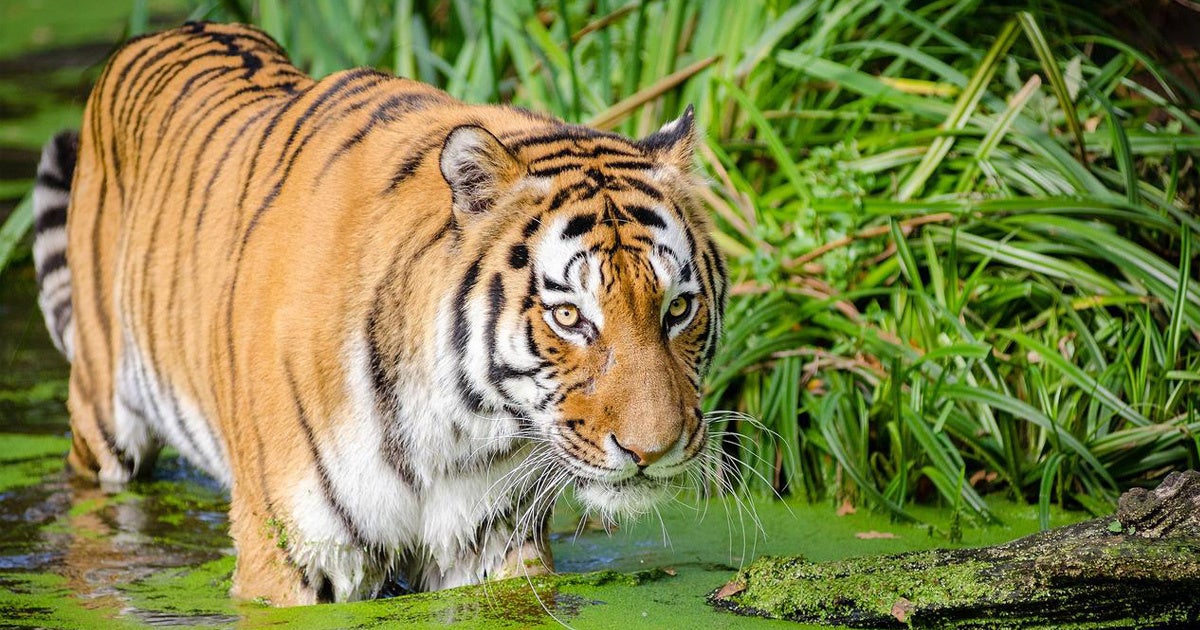 Wild tigers may be on their way back to Kazakhstan.

This news is surprising for a few reasons. First, most people associate tigers with the jungles of India or Sumatra, even the snowy slopes of eastern Russia—not the dry landscapes of Central Asia. But Iran, Turkey and Kazakhstan were once home to thriving populations of Caspian tigers. Unfortunately, sometime between the 1940s and ’70s, this subspecies went extinct due to widespread trapping, hunting, poisoning and habitat degradation.

Second, Kazakhstan isn’t a nation that often comes up in conversations about conservation. In fact, if Americans recognize the world’s largest landlocked nation for anything, it’s probably the movie Borat.

And finally, this initiative may turn some heads because it’s never been done before. Tiger-conservation efforts usually focus on areas where tigers still exist. After all, tweaking local conditions to coax a few dozen animals into becoming a few hundred is easier than—poof!—introducing a new population from scratch and having them thrive. Plus, because extinction is forever, Russia’s Amur tigers, commonly known as Siberian tigers—the closest biological match to Caspians—will likely stand in for their lost cousins.

So why Kazakhstan, and why now? According to Igor Chestin, CEO of WWF-Russia, when he and his team examined satellite imagery of the Caspian tiger’s former range—which once stretched from the Black Sea all the way to China—the Ili-Balkhash region of southeastern Kazakhstan stood out for being both large and undeveloped enough to sustain these charismatic carnivores. Last month, WWF and Kazakhstan announced that they are officially taking steps to move the tiger reintroduction plan from concept to reality. But Chestin makes no bones about having a great deal of work to do.

Back in the old days, the tigers of the Ili-Balkhash made their living in the forests and reed thickets that line the waterways emptying into Lake Balkhash, the 15th-largest lake in the world. The cats feasted on wild boar, Bukhara deer and kulans (a species of wild donkey) until decades of poaching and habitat destruction made these prey animals scarce. So before the tigers return, conservationists must first bring back the species that will feed them.

Chestin and his team are already making arrangements to introduce Bukhara deer from a nearby game preserve and donkeys from a breeding center. Their hooves could hit the terrain as early as 2019. As the effort to rebuild the region’s food web proceeds, a team of rangers will be trained to patrol a protected area, expected to be designated next year. Education programs will also be needed to help local ranchers adjust to being around these species again. For instance, restrictions on grazing will be necessary to protect sheep, goats, cattle, horses and camels from tigers as well as to prevent those livestock from eating the grasses and shrubs that the donkeys and deer need to sustain their populations. Farmers will also have to limit their practice of burning fields to prepare them for crops. 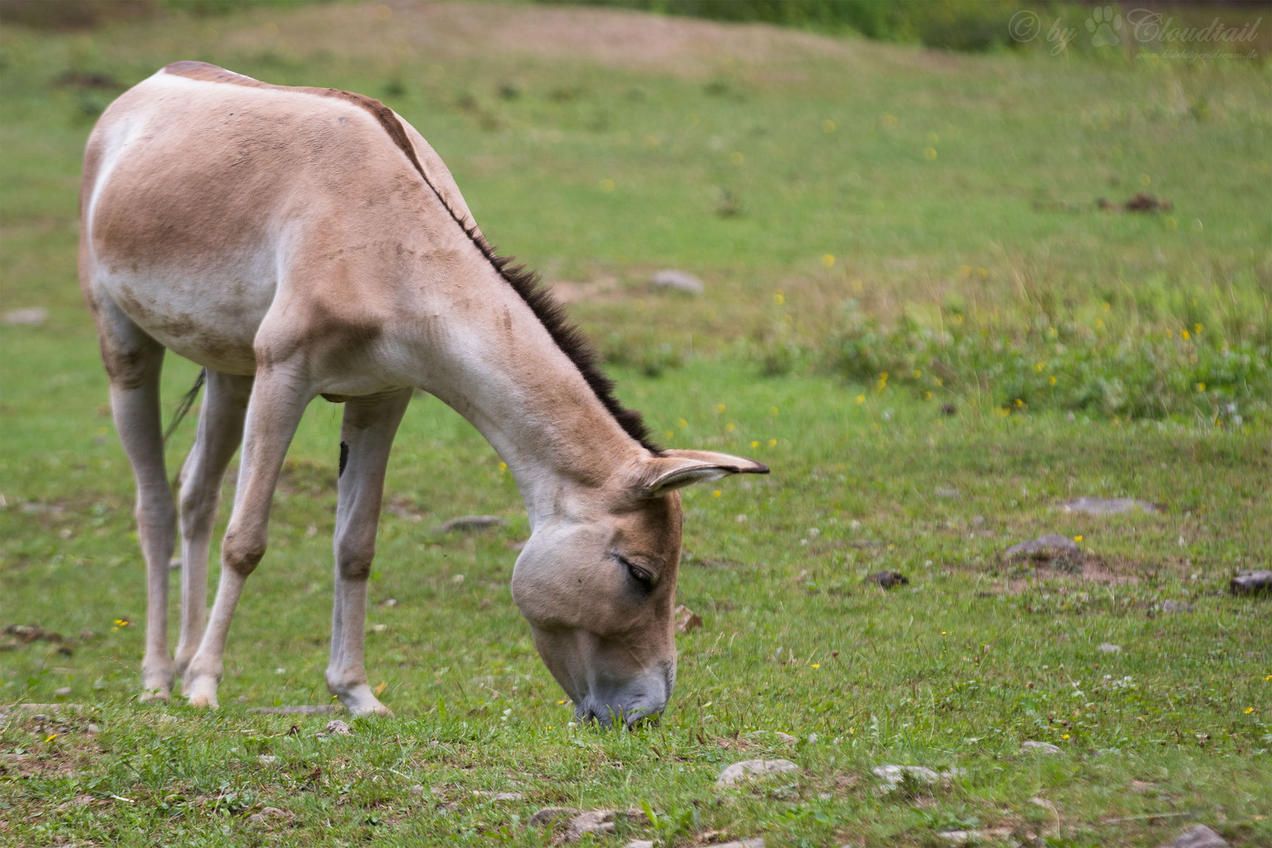 Prey animals, like the kulan, are a crucial aspect of the tiger reintroduction plan.Cloudtail the Snow Leopard / Flickr

If all goes well, the project will create almost 400 square miles of habitat brimming with enough yummy prey to release some tigers by 2022 (though Chestin said 2025 is probably a more realistic date). Where those big cats will come from hasn’t been determined yet, but they’ll most likely be orphans from the Amur tiger population in Russia’s Far East. (Zoo animals are not out of the running, though they would have to be trained to live in the wild—a difficult and expensive endeavor).

Maintaining a landscape suitable for tigers, Bukhara deer, kulans and other species into the future is another issue.

“I think if it’s successful it’d be great,” said biologist John Goodrich, senior director of the tiger program for Panthera, a global wild cat conservation organization. After reviewing WWF’s plan, Goodrich agrees that there seems to be enough habitat to establish a viable tiger population, but he wonders if the Kazakh government has the resources to manage and protect the cats from poaching and ecological threats once they are there.

The forests that these tigers would call home essentially follow the banks of rivers and streams emptying into Lake Balkhash and are enormously dependent on the region’s water flow and flooding patterns. Too many disruptions, such as those from irrigation, could fragment the habitat in a hurry and isolate wildlife populations. Much of Lake Balkhash’s water supply streams in from China, and Goodrich said there are big plans for agriculture on that side of the border. “If that happens and the natural flooding regime is lost or impeded, they’ll lose a lot of habitat and then there will be no hope for tigers,” he said.

Chestin hopes ongoing negotiations between Kazakhstan and China will help sort out this potential threat, but even without China’s buy-in, his team calculates that the area could still support upwards of 80 tigers. And if 80 tigers are all they can muster, Chestin said it’s worth it. “Generally, the more tiger populations we have, even isolated, the more chances the species has to survive,” he said.