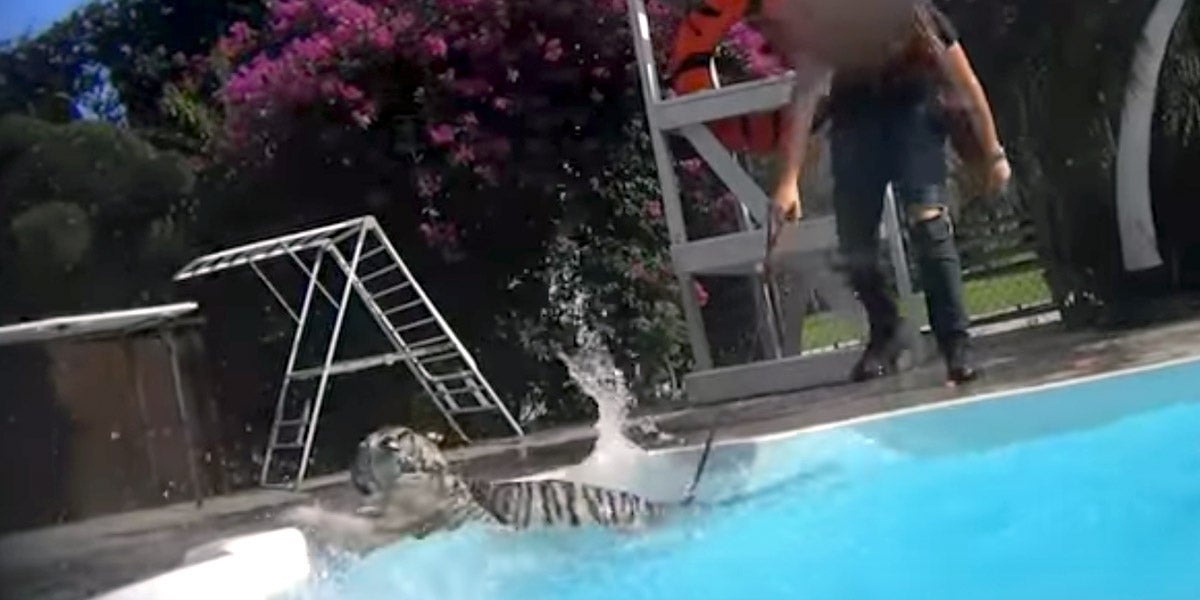 Armed with new video footage from an eyewitness investigation revealing that Dade City’s Wild Things‘ (DCWT) staff jerked tiger cubs by the leash, dragged them by the neck, struck, grabbed and tossed them—even into a pool—among other instances of abuse and neglect, People for the Ethical Treatment of Animals (PETA) has filed a lawsuit alleging that the roadside zoo is in violation of the Endangered Species Act.

The Endangered Species Act prohibits harming and/or harassing protected animals, and a PETA eyewitness who worked and volunteered at DCWT in 2015 and 2016 found that tiger cubs were forced into “encounters” with customers multiple times a day, even as they resisted and cried out.

One cub struggled to keep her head above water during a training session as she was forced to swim for more than 10 minutes despite an apparent spinal deformity or neurological disease. Workers removed tiger cubs from their mothers within hours or days after birth. The eyewitness also documented that primates engaged in self-harm, several animals died suddenly and other animals were denied adequate veterinary care for longstanding illnesses.

“Dade City’s Wild Things is churning out tiger cub after tiger cub to be manhandled and exploited as props in photo ops and then left to suffer in barren cages,” said PETA Foundation Director of Captive Animal Law Enforcement Brittany Peet. “PETA is calling on the public to refuse to support this cruel tourist trap’s abuse and exploitation of endangered animals.”

PETA—whose motto reads, in part, that “animals are not ours to use for entertainment”—is taking aim at the captive tiger overpopulation crisis in the U.S., which is fueled by the huge demand for tiger cubs for photo ops and public encounters.

While wild tiger populations dwindle, there are untold thousands of captive tigers being held in facilities like DCWT, none of whom could ever be released into the wild. Tigers too old at DCWT to be used in “encounters” were kept in cramped, barren cages or sent to other roadside zoos and, on at least one occasion, to a private party. That cub was later found wandering loose in Texas.