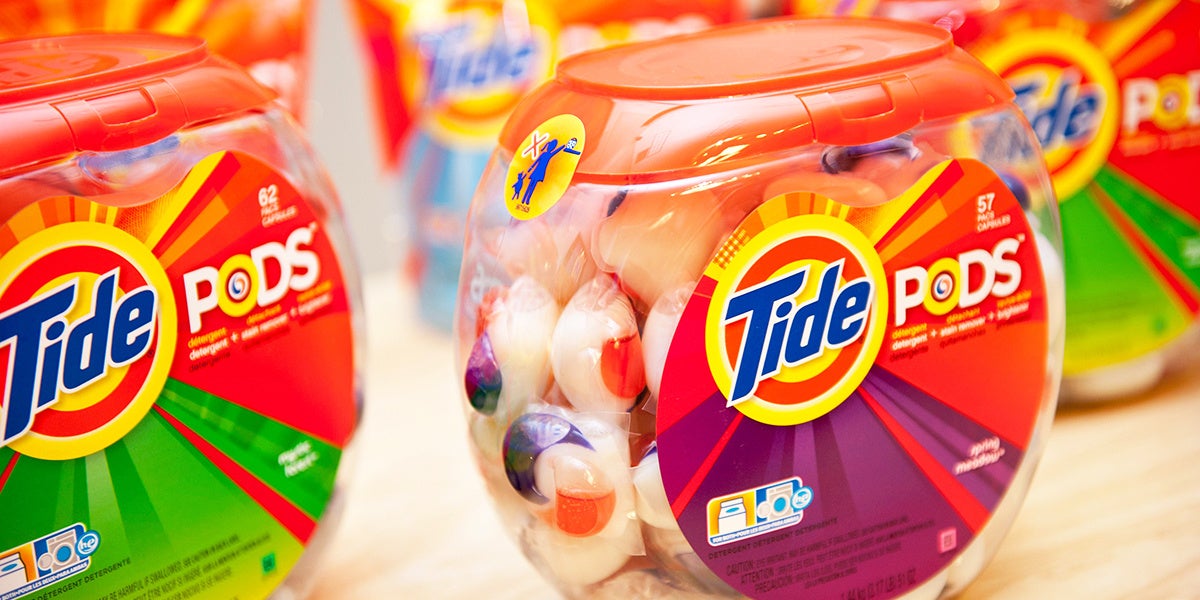 An unbelievably dumb and extremely dangerous dare has gone viral on social media. It’s the “Tide Pod Challenge“: biting down on the small, colorful—and potentially poisonous—packets of liquid laundry detergent until they burst in your mouth. Children, teens and young adults are posting videos of themselves taking the challenge—with the gagging, spitting and coughing that follows.

It’s unclear exactly how and when the online challenge took off. But the problem, and the danger, is not new.

Laundry pods came on the market in 2012. The American Association of Poison Control Centers says that between 2013 and 2017, there were more than 56,500 reported incidents of children 5 years old or younger ingesting, inhaling or touching the highly concentrated detergent found in single-dose laundry products. Vomiting, burns, corneal abrasions, breathing problems and at least 10 deaths have been linked to pods.

In 2015, the Consumer Product Safety Commission, recommended that detergent makers adopt voluntary safety standards to make pods’ packaging opaque and more child-resistant. The standards also recommended changes to the packet film, such as making them tougher to break open, or adding a bitter taste to deter children from biting down on them or swallowing.

The safety commission has also worked with companies to reduce the toxicity and strength of the detergents. Since then, reported hazardous exposures for kids 5 and younger have dropped, but still remain far too high. Crucially, the voluntary rules don’t require full disclosure of the detergents’ ingredients.

The Environmental Working Group recommends strong caution with these products, especially if you have kids or someone with dementia at home. If you choose to use them, pay attention to these safety tips: