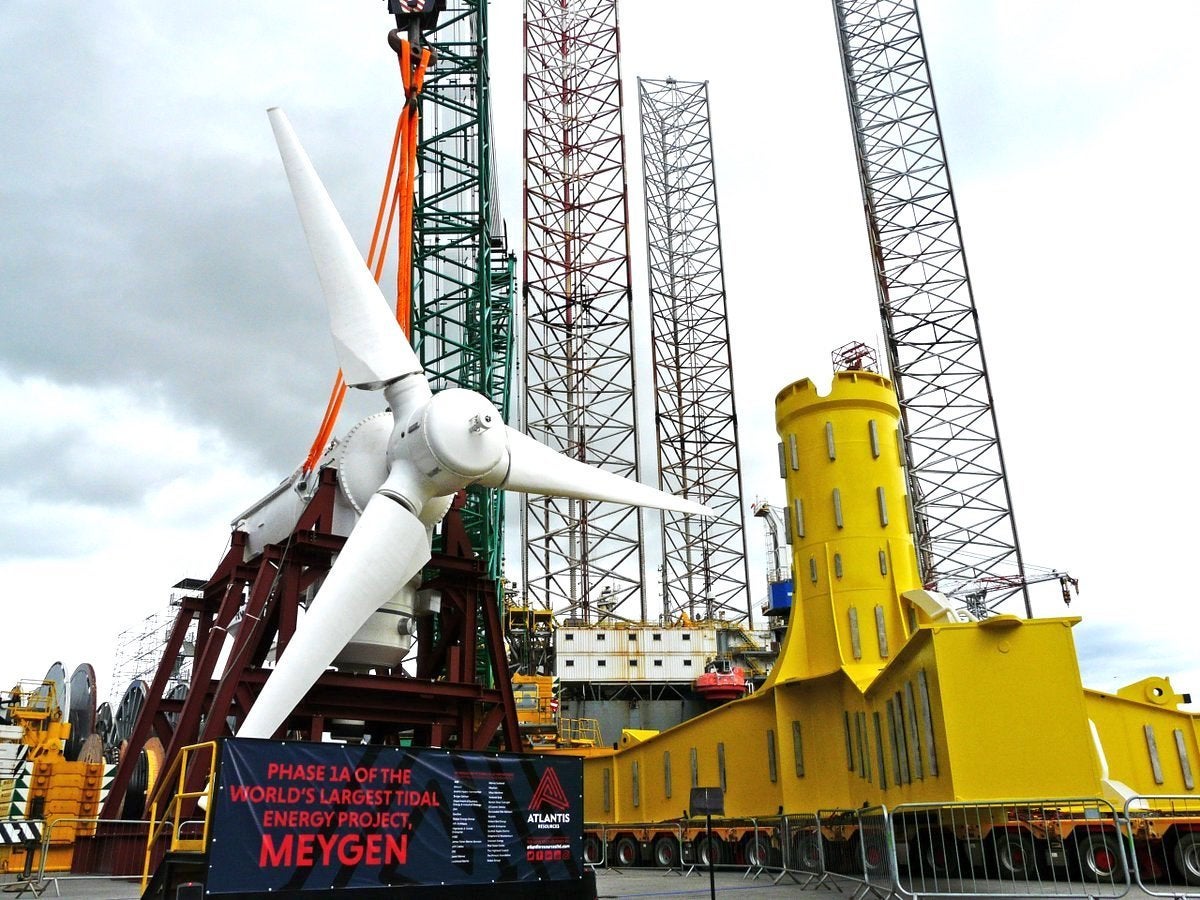 Scotland, already
a renewable energy powerhouse, has launched the first and largest free stream tidal power project in the world. 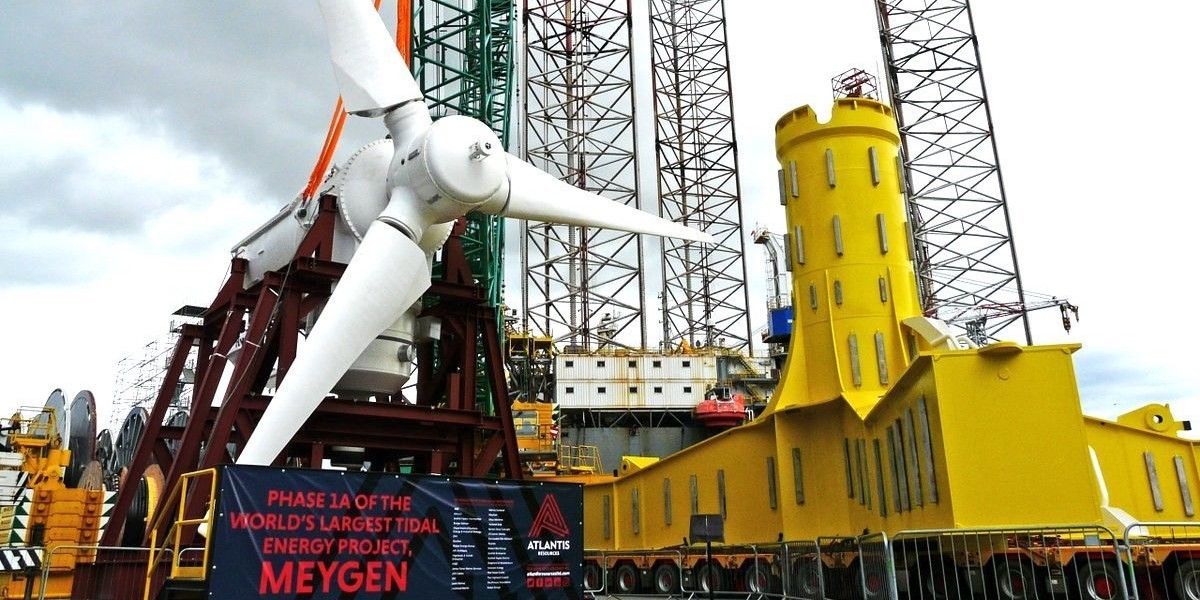 The goal of the project is to help develop Scotland’s marine renewables industry, creating jobs and investment, the Scottish government said. The project is expected to generate around £275 million (about $360 million) for the country’s economy.

Tidal stream generators work similarly to wind turbines, but instead of air currents they draw energy from waves. This form of hydropower has incredible promise as a form of carbon-free energy, but progress has been slower than expected. It wasn’t until 2014 that the MeyGen project became the world’s first large-scale tidal project of its type to successfully reach a funding agreement.

Scotland’s First Minister Nicola Sturgeon visited Nigg Energy Park in the Scottish Highlands on Monday to help unveil the array’s first turbine. The Scottish government has provided £23 million (about $30 million) to fund the first phase of the MeyGen tidal farm.

#SRMARINE16 Our CEO delivered a speech this morning to open the SR conference. What an amazing time for tidal! pic.twitter.com/ld7uzq2V0l

“I am incredibly proud of Scotland’s role in leading the way in tackling climate change and investment in marine renewables is a hugely important part of this,” Sturgeon said. “MeyGen is set to invigorate the marine renewables industry in Scotland and provide vital jobs for a skilled workforce, retaining valuable offshore expertise here in Scotland that would otherwise be lost overseas. Highly skilled operation and maintenance jobs will also need to be carried out locally, providing strong local employment opportunity for rural areas.”

According to Maritime Journal, four 1.5 megawatt turbines, weighing nearly 200 tons each, make up Phase 1a of the project. The turbines will stand 15 meters tall and with blades 18 meters in diameter. The turbines will be installed on their foundation structures at Nigg before its eventual deployment to the MeyGen site in Pentland Firth, a strait in the north of Scotland known for its vast and untapped quantities of tidal, wind and wave power.

Former Energy Secretary Ed Davey said in a 2014 statement that “wave and tidal power have the potential to provide more than 20 percent of the UK’s electricity needs, and MeyGen could pave the way for future projects in the Pentland Firth.”

Atlantis said that it is on track to deliver power to the grid from MeyGen Phase 1a later this year—”a landmark event for the global marine power industry.” Once construction of the full array is complete, the MeyGen tidal farm will consist of 269 turbines and generate enough energy to power 175,000 homes in the United Kingdom.

“Today marks an historic milestone not just for Atlantis and our project partners, but for the entire global tidal power industry,” Atlantis Resources CEO Tim Cornelius said. “It gives me enormous pride to have reached this juncture after 10 years of tireless work, preparation and planning by everyone associated with this project. This is the day the tidal power industry announced itself as the most exciting new asset class of renewable, sustainable generation in the UK’s future energy mix. This is an industry that is creating jobs and Scotland is the undisputed world leader of this high growth sector.”

Following the Brexit, a cloud of uncertainty has remained over the UK’s climate policy. Scotland has its own climate goals, but the rest of the UK does not.

During Sturgeon’s visit to the Nigg Energy Park this week, the first minister called on the UK government to end uncertainty around subsidies for wave and tidal stream projects which is putting the marine sector at risk, the Scottish government said.

“There is no doubt that the eyes of the world are on this project which is why the Scottish government’s investment is so crucially important,” Sturgeon said. “But it is absolutely vital that the UK government honors its earlier commitment to provide a ring-fenced allocation for marine energy in its renewables support scheme. They must tackle the current uncertainty that exists before they cause irreparable damage to the long-term prospects for the sector.”

According to UPI, “The British government last year announced plans to end public subsidies for some parts of the renewable energy sector, defending the move as a way to keep consumer bills low.”