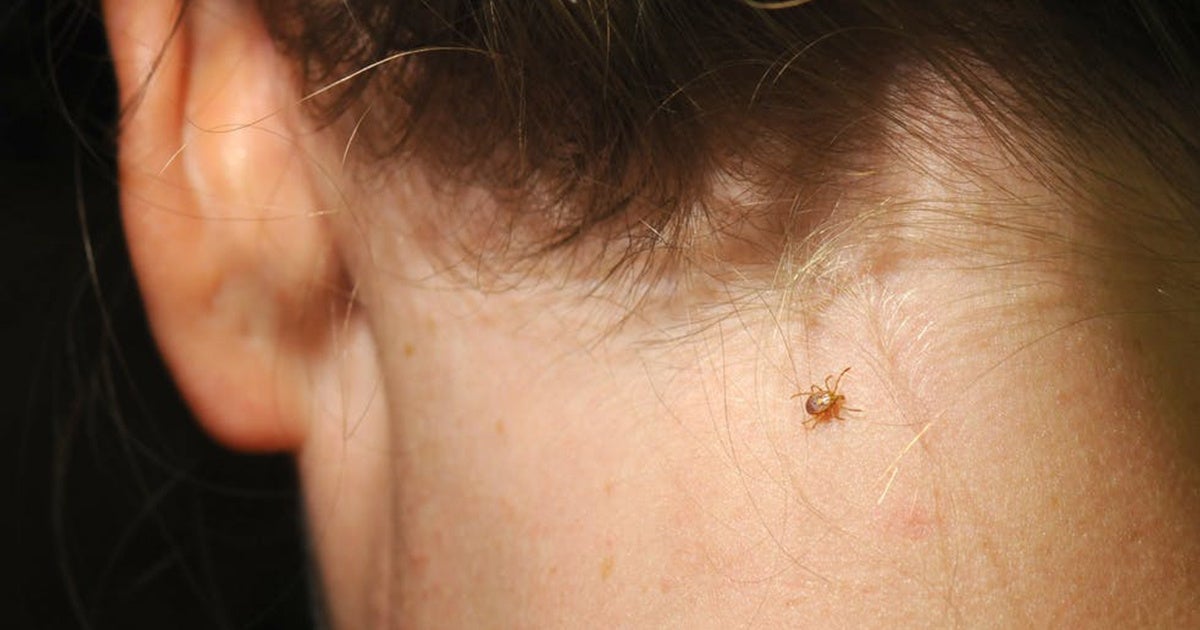 There's a short window between when a tick bites and when it passes on bacteria or virus. MSU Ag Communications, Courtesy Dr. Tina Nations, CC BY-ND

When it comes to problems caused by ticks, Lyme disease hogs a lot of the limelight. But various tick species carry and transmit a collection of other pathogens, some of which cause serious, even fatal, conditions.

In fact, the number of tick-borne disease cases is on the rise in the U.S. The range where various species of ticks live in North America may be expanding due to climate change. Researchers continue to discover new pathogens that live in ticks. And new, invasive tick species keep turning up.

In my career as a public health entomologist, I’ve been amazed at the ability of ticks to bounce back from all the ways people try to control them, including with pesticides. Ticks excel at finding new ecological niches for survival. So people and ticks frequently cross paths, exposing us to their bites and the diseases they carry.

Here are some of the lesser-known, but growing, threats from ticks.

Certain very small species of bacteria that can cause human diseases, such as rickettsia, ehrlichia and anaplasma, live in ticks. Ticks ingest these bacteria when they drink animals’ blood. Then when the ticks take a subsequent blood meal, they pass the bacteria along to the next animal or person they feed on.

Probably the most well known of these bacterial diseases is Rocky Mountain spotted fever, the most frequently reported rickettsial disease in the U.S., with about 6,000 cases each year. The number of diagnoses seems to be increasing nationwide, especially among Native Americans, probably due to exposure on reservations to free-roaming dogs that can carry ticks. 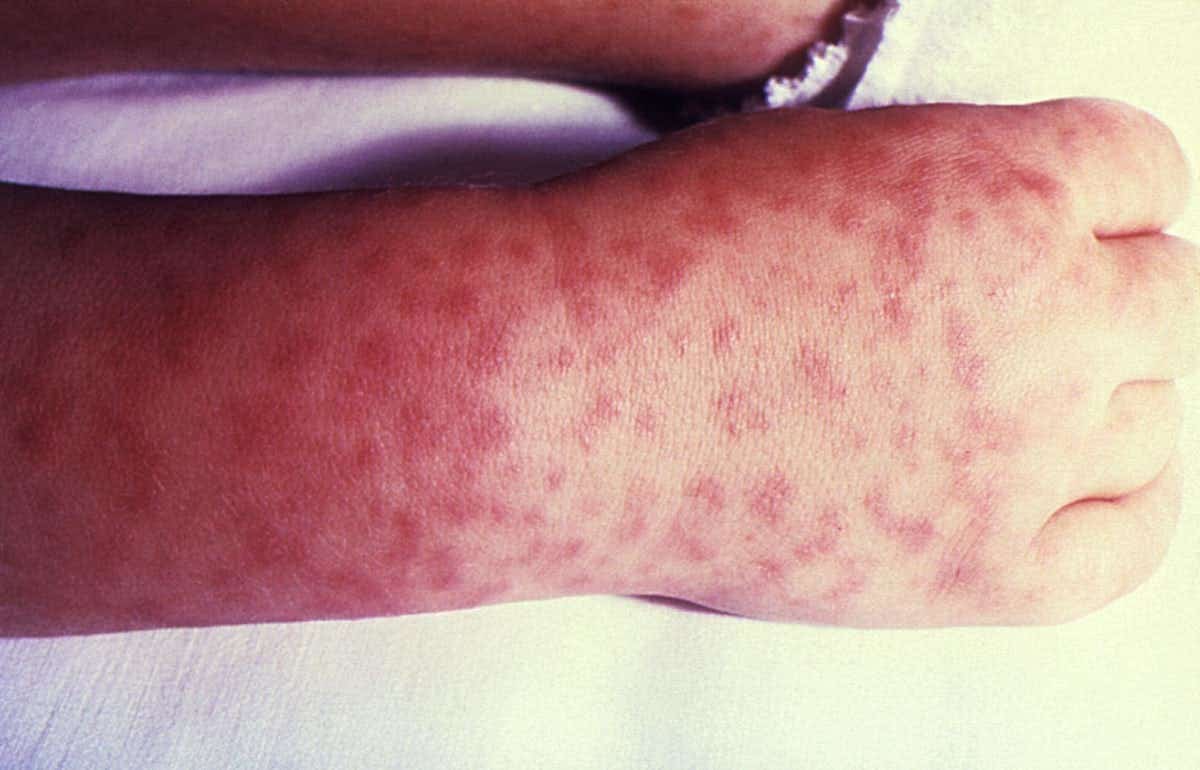 Rocky Mountain spotted fever usually comes with a rash, as on this child.

Centers for Disease Control and Prevention, National Center for Immunization and Respiratory Diseases (NCIRD), CC BY

When people get sick with Rocky Mountain spotted fever, they usually come to a clinic with three things: fever, rash and history of tick bite. They may also report severe headache, chills and muscle pains, and gastrointestinal symptoms such as abdominal pain and diarrhea. A skin rash is usually present after a few days, but not always. Mental confusion, coma and death can occur in severe cases. Untreated, the mortality rate is about 20%; and even with treatment, 4% of those infected die.

Not all tick species are effective transmitters of the rickettsia bacteria. Even within the vector species, often only 1% to 5% of ticks in an area are infected. So getting bitten by a tick that passes rickettsia bacteria on to you is like getting stuck with a needle in a haystack. The primary carriers are the American dog tick in the eastern U.S. and Rocky Mountain wood tick in the West. The brown dog tick has also recently been shown to be a vector.

In most tick-borne diseases, the tick needs to feed for some amount of time before any pathogens it is carrying are transmitted to the animal whose blood it is eating. Rocky Mountain spotted fever organisms generally take between one and three hours for transmission to occur, so attached ticks need to be removed quickly. Doctors usually prescribe the antibiotic doxycycline to treat Rocky Mountain spotted fever, which works quite well if the disease is recognized early. 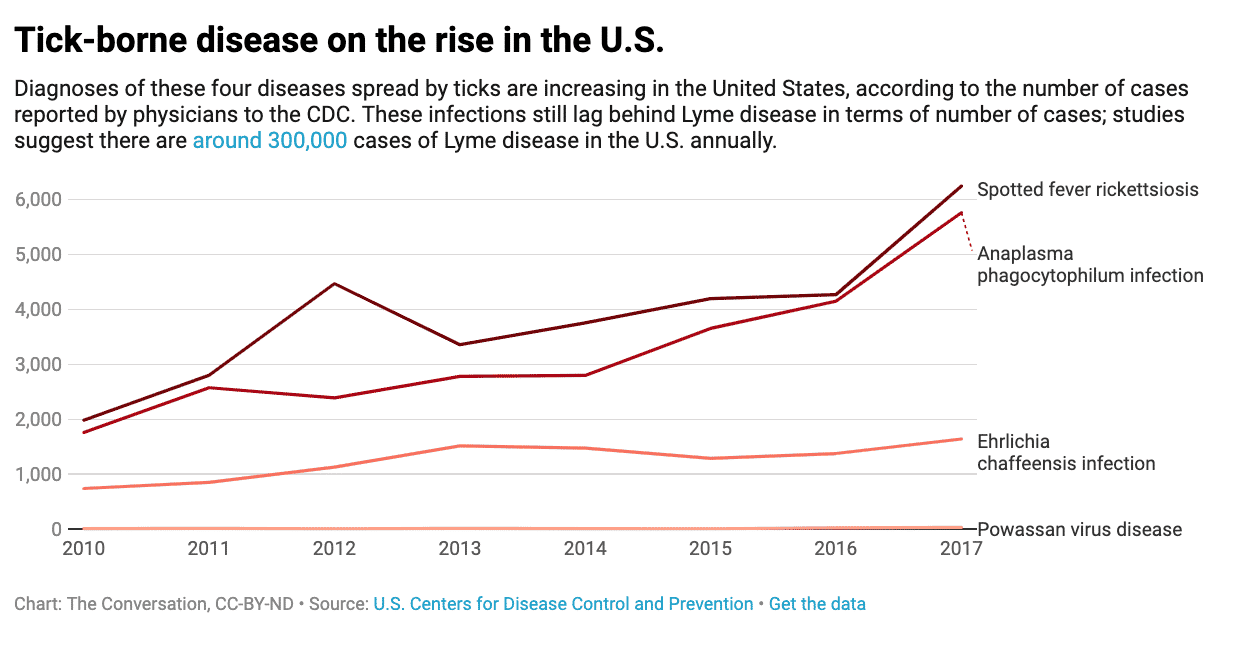 Ehrlichiosis is another bacterial disease transmitted from ticks to people. In the U.S. it’s most commonly caused by Ehrlichia chaffeensis bacteria, carried by lone star ticks which are common in the eastern U.S. Ehrlichia bacteria infect a type of blood cell called leukocytes. Human monocytic ehrlichiosis occurs mostly in the southern and south-central U.S.; 1,642 cases were reported to the CDC in 2017.

Ehrlichiosis patients usually have fever, headache, muscle aches and a progressive low white blood cell count. As opposed to Rocky Mountain spotted fever, people get a rash only about 20% to 40% of the time. Doctors usually treat ehrlichiosis with doxycycline.

Symptoms include fever, headache, muscle aches and progressive low white blood cell count. It’s the deer tick Ixodes scapularis — famously also responsible for Lyme disease — that transmits the Anaplasma bacteria to humans. There’s the unlucky chance that a bite from a deer tick could infect you with both diseases. Again, recommended therapy is doxycycline. 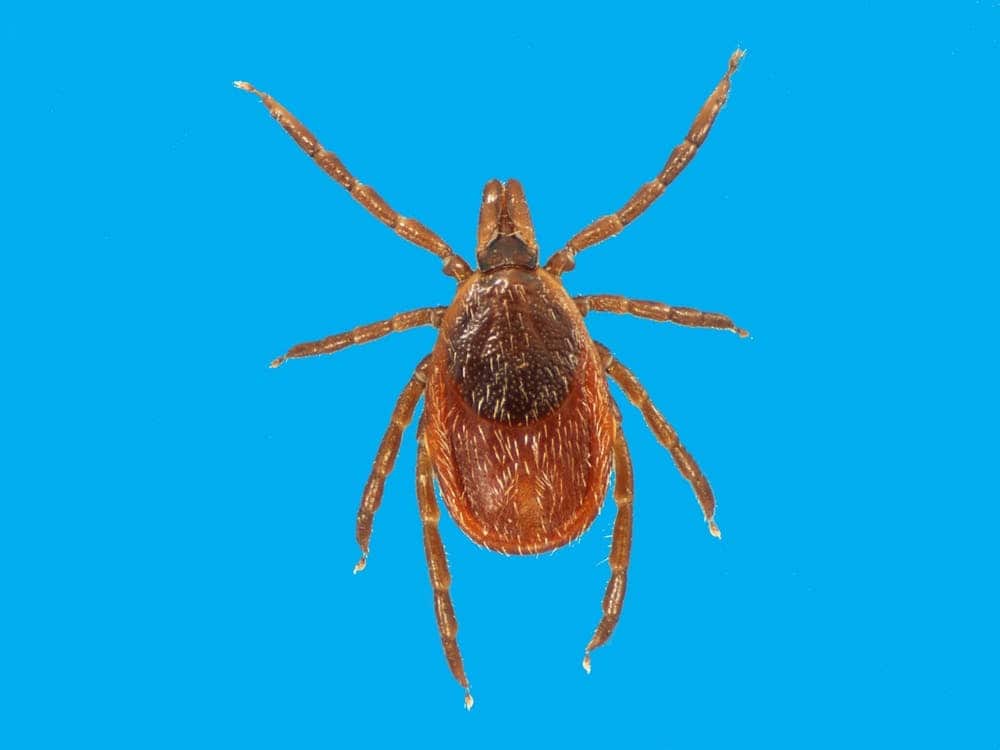 Ticks Can Carry Viruses, Too

People usually think of mosquitoes when they think of insect-transmitted viruses – dengue, Zika or West Nile garner a lot of headlines. But ticks can transmit viruses, too.

Scientists have historically grouped tick-borne viral diseases into two categories. One is diseases similar to dengue fever. The main dengue-like viral disease transmitted by ticks in the U.S. is Colorado tick fever, which occurs in mountainous areas of the West.

The other group of tick-borne diseases resemble mosquito-borne encephalitis. Most of these illnesses, characterized by brain inflammation, are not found in the U.S. Powassan encephalitis is the one that is, occurring in the northeastern U.S. and adjacent regions of Canada.

Powassan is a relatively rare but serious human disease, characterized by sudden onset of fever with temperature up to 104 degrees Fahrenheit, along with convulsions. Brain inflammation is usually severe, with vomiting, respiratory distress and prolonged fever.

Fewer than 100 cases of Powassan have been reported in North America, with about half of them fatal. Its incidence seems to be increasing; there were 34 cases of Powassan reported during 2017. POW is maintained in a natural cycle when ticks — primarily Ixodes cookei — infect animals with the virus via their bites. Then these infected animals may serve as what scientists call disease reservoirs, infecting new ticks when they feed on their blood. 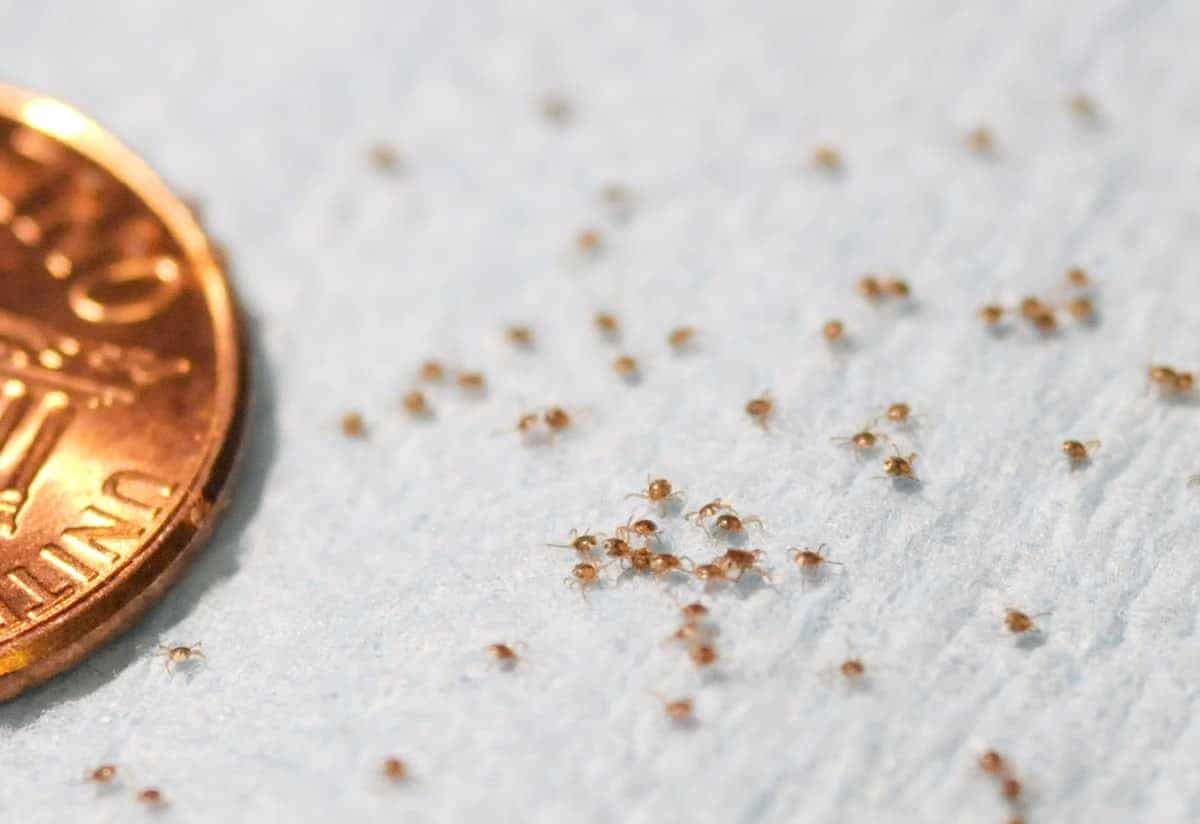 Tiny larval lone star ticks next to a penny.

In the last decade, researchers have found additional new tick-borne viruses in the U.S. About 30 cases of Heartland virus have thus far been identified. It’s associated with the lone star tick and has been recognized in Missouri, Oklahoma, Kentucky and Tennessee.

A few cases of a new Thogotovirus called Bourbon virus have been identified in the Midwest and southern U.S. The lone star tick may be the vector of Bourbon virus as well.

A Food Allergy Triggered by a Tick Bite

Maybe the most bizarre threat from ticks is the “red meat allergy” scientists have recently traced back to tick bites. People can become allergic to eating meat when a tick’s saliva passes on the carbohydrate galactose-α-1.3-galactose it had previously picked up in a blood meal from an animal. If prone to allergies, the person can get sensitized to that alpha-gal molecule that’s found in animal blood and other tissues.

Overall, people should be aware of what tick-borne diseases are present in their area and use personal protection techniques whenever outdoors in tick-infested areas. Remember that ticks often come into close contact with people via pet dogs or cats. It’s a good idea to inspect yourself for ticks after being outdoors in tick-infested areas. Reducing the number of tick bites and the amount of time ticks remain attached can go a long way to protecting you from tick-borne diseases.

Jerome Goddard is an extension professor of biochemistry, molecular biology, entomology and plant pathology at Mississippi State University.
Disclosure statement: Jerome Goddard does not work for, consult, own shares in or receive funding from any company or organization that would benefit from this article, and has disclosed no relevant affiliations beyond his academic appointment.