Tick-Borne Brain Illness Found in UK for the First Time 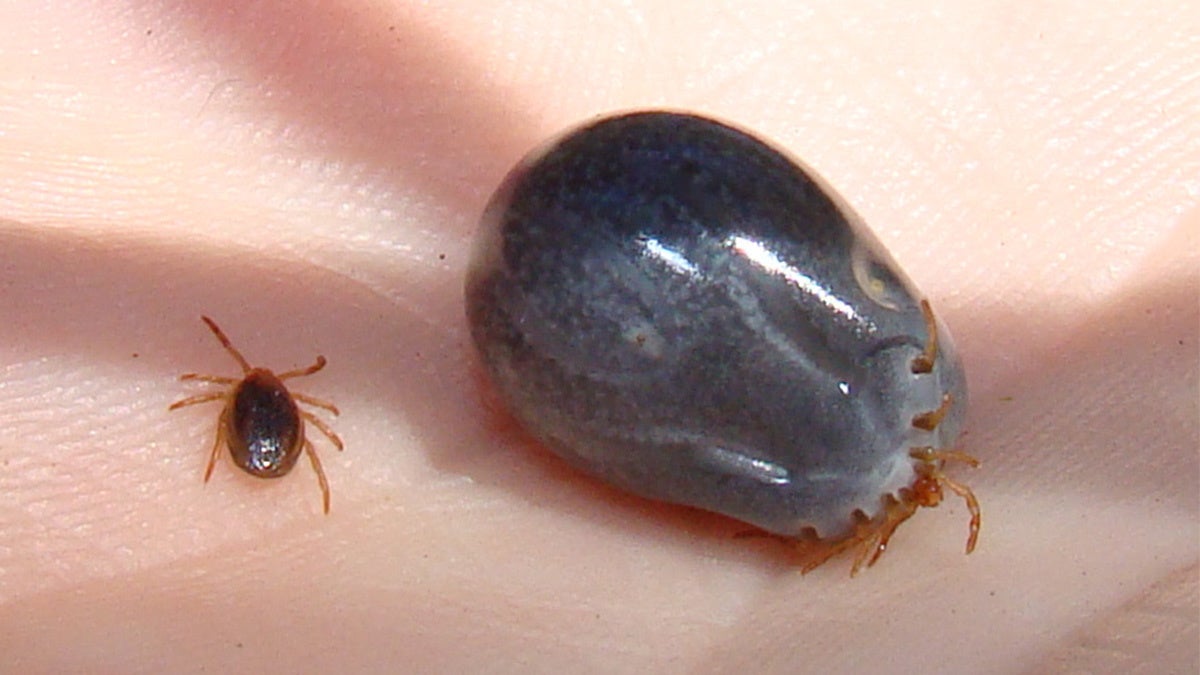 Two ticks of the species ixodes holocyclus, before and after feeding. Bjørn Christian Tørrissen / CC BY-SA 3.0

A potentially fatal infectious disease that ticks can pass to people through bites has been identified by health authorities in the United Kingdom for the first time, according to Public Health England (PHE), as the BBC reported.

Health authorities in the UK said it confirmed cases of tick-borne encephalitis virus in ticks in two parts of England about 200 miles apart, as the BBC reported.

“These are early research findings and indicate the need for further work. However, the risk to the general public is currently assessed to be very low,” said Dr. Nick Phin of the PHE to the BBC.

While PHE maintains that the risk of infection is low, it says that the public should be vigilant about ticks, which are related to mites and spiders.

“We are reminding people to be ‘tick aware’ and take tick precautions, particularly when visiting or working in areas with long grass such as woodlands, moorlands and parks,” Phin said to the BBC.

The PHE says that most people who are bitten will not develop encephalitis, but some will experience flu-like symptoms. A small fraction will develop a serious disease that affects the brain and the central nervous system, as CNN reported.

While less than two percent of sufferers die from the disease, it can be crippling and cause paralysis in limbs. The Encephalitis Society, a charity organization, said a quarter of the cases result in meningitis or swelling of the brain, as Cambridge News in the UK reported.

The infection is common in Scandinavia, mainland Europe and in Asia. In the U.S., tick-borne encephalitis claimed the life of former North Carolina Senator Kay Hagan on Monday.

Hagan suffered for three years after contracting a relatively rare disease, Powassan virus, from a tick bite, as the Charlotte Observer reported.

The brain swelling from the disease sent her to intensive care three years ago. The disease limited her speech and muscle movement until she died Monday, according to the Charlotte Observer.

The UK is starting to experience an increase in ticks as the deer population grows. One person in the UK was diagnosed with tick-borne encephalitis so far. That patient made a full recovery. PHE says there were 3,079 reported cases of tick-borne encephalitis in Europe, including 9 associated fatalities, in 2017, as CNN reported.

The number of infections from tick-borne illnesses, such as Lyme disease, is increasing in the U.S. and Europe as the planet warms and ticks find an increasing number of hospitable environments.

Last year, a congressional advisory committee in the U.S. said that tick-borne illnesses had become “a serious and growing threat to public health,” as CNN reported.

To reduce your risk of tick-related illnesses when you are in the woods, stick to a path and avoid tall grasses that ticks cling to as they wait for a passing animal. Also, cover your skin, tuck your pants into your socks and use a strong insect repellant, according to the BBC.

The BBC also recommends removing a tick from your skin with tweezers or a specific tick-removal tool, cleaning a bite with antiseptic soap and water, and seeing your doctor if you develop a circular red rash around the bite or develop flu-like symptoms.