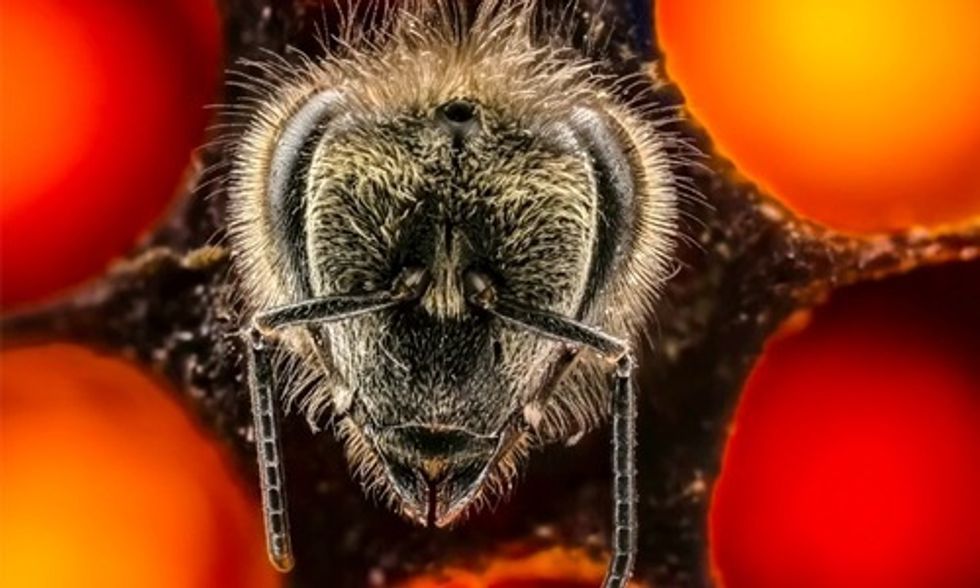 Bees are vanishing at an astonishing rate. A recent U.S. Department of Agriculture report found that the U.S. honeybee population plummeted by more than 40 percent in the last year. We know that toxic pesticides, including neonicotinoids, pose a serious threat to bees. But now a photographer for National Geographic has documented the plight of one of the most photographed insects in a new way.

To better understand the life of a bee, photographer Anand Varma raised bees in his backyard. The project gives a glimpse into a bee hive and exposes one of the biggest threats to bee health: a mite that preys on baby bees in the first 21 days of life.

Varma's incredible footage is set to music from Magik*Magik Orchestra as he explains the threat and what's being done to stop it.