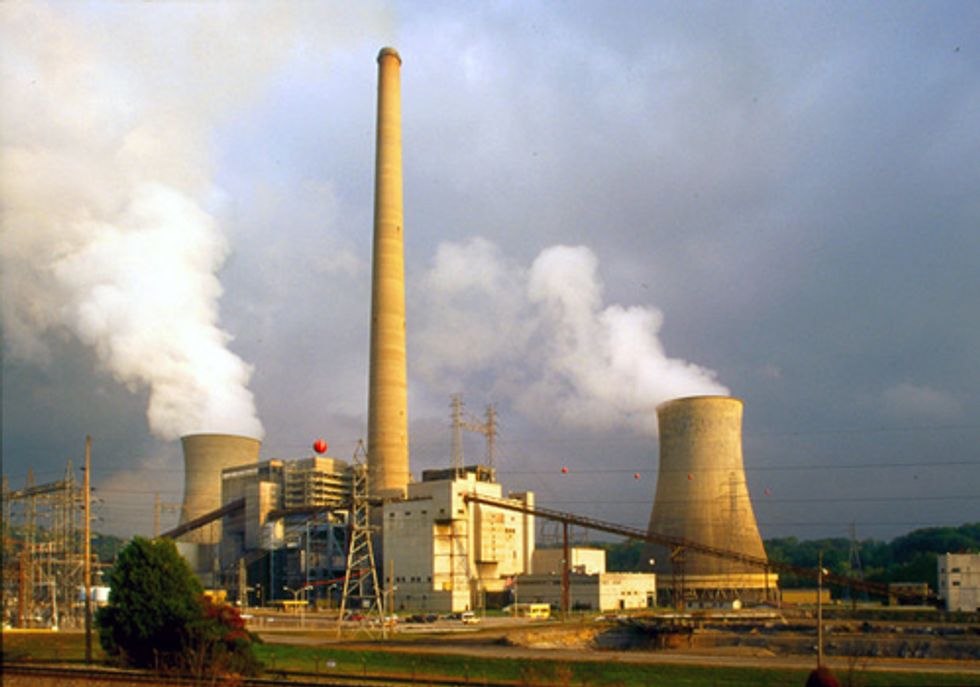 AEP will stop burning coal at the Tanners Creek Generating Station Unit 4 in Indiana, the Muskingum River Power Plant Unit 5 in Ohio and the Big Sandy Power Plant Unit 2 in Kentucky. Collectively, a total of 2,011 megawatts (MW) of coal-fired power will retire as part of the settlement, removing almost 12 million tons of climate-disrupting carbon pollution and nearly 84,000 tons of sulfur dioxide pollution that the three coal-fired power plants spew into the air each year.

“Today’s agreement will protect public health, reduce the threat of climate disruption, and create a cleaner environment for families in Indiana, Ohio and Kentucky,” said Jodi Perras, Indiana campaign representative for the Sierra Club’s Beyond Coal campaign. “Across the country, the coal industry faces unprecedented setbacks as its share of electricity generation plummets and the cost of coal continues to skyrocket. This agreement is only the latest sign of progress as our country continues to transition away from dirty, dangerous and expensive coal-fired power plants.”

Today’s settlement comes in a lawsuit originally filed in a federal court in Ohio in 1999, and is a modification to a prior 2007 settlement. Other parties in the suit include the U.S. EPA; eight states including New York, Massachusetts, Connecticut and New Jersey; and 13 citizens groups including the Sierra Club, Natural Resources Defense Council, Ohio Citizen Action, Citizens Action Coalition of Indiana and Hoosier Environmental Council.

Coal-fired power plants are the nation’s largest source of mercury, sulfur dioxide (SO2) pollution, carbon pollution and many other deadly pollutants that can trigger heart attacks and contribute to respiratory problems. According to estimates from the Clean Air Task Force, 203 deaths, 310 heart attacks, 3,160 asthma attacks and 188 emergency room visits per year will be averted once the Muskingum River, Tanners Creek and Big Sandy power plants stop burning coal.

“Tanners Creek, Big Sandy and Muskingum River are dirty and outdated plants that should have been cleaned up or retired decades ago,” said Shannon Fisk, an attorney with Earthjustice who was co-counsel for Sierra Club on this matter. “We’re glad AEP is going to retire these aging dinosaurs, and urge the company to ensure an equitable transition for the workers and communities most directly impacted by these retirements.”

“This agreement will not only cut pollution, it will fund the long term benefits of mitigation efforts that further clean our air and environment,” said Faith Bugel, senior clean air attorney with the Environmental Law & Policy Center, counsel for eleven of the citizen groups.

Under today’s settlement AEP agreed to install pollution-curbing dry sorbent injection (DSI) technology on its massive Rockport coal-fired power plant in Southern Indiana. The 2007 agreement had required AEP to install flue gas desulfurization (FGD) technology at the plant—a more expensive technology that results in greater pollution reductions—but Sierra Club and the other parties agreed to the DSI technology in return for an earlier installation date, the other coal plant retirements, and clean energy investments. AEP will also be required to either retire the two Rockport units in 2025 and 2028, respectively, or to install additional controls designed to achieve removal of at least 98 percent of the sulfur dioxide created by the burning of coal at those units.

Additionally, the agreement commits AEP to developing 50 megawatts of wind or solar power this year and an additional 150 megawatts of wind or solar power in Indiana or Michigan by 2015. AEP also agreed to invest $2.5 million to improve air quality in Indiana through various measures including retrofitting outdoor wood boilers, investing in distributed renewable generation and land acquisition.

“Across the Midwest and the Great Plains, in states like Iowa and South Dakota that already get 20 percent of their energy from wind sources, clean energy is powering homes, putting people back to work and protecting families from dangerous and expensive coal-fired power plants,” said Kerwin Olson, executive director of Citizens Action Coalition of Indiana. “Indiana has one of the fastest growing wind industries in the nation and is creating thousands of local jobs. This settlement builds on that success and will only accelerate Indiana’s and our nation’s responsible transition to an economy powered by clean, renewable, affordable sources of energy.”

“With enormous potential for jobs in clean energy and energy efficiency, it is critical that AEP use the next three years to invest in affordable clean energy projects and transition workers into new careers,” said Jesse Kharbanda, executive director of the Hoosier Environmental Council. “By replacing decades-old coal plants with homegrown, clean and affordable energy sources, AEP can do right by affected workers and their families, and continue clean energy job creation across Indiana and Ohio.”

The retirements of the Tanners Creek Generating Station in Indiana, Muskingum River Power Plant and Big Sandy Power Plant in Kentucky represent the 140th, 141st and 142nd coal plants to retire or announce their retirement since 2010. Since January 2010, more than 50,000 megawatts of coal-fired power have been retired or committed for retirement nationwide.

"This is a major victory in the effort to build a clean, sustainable energy future," said Michael Bloomberg, philanthropist and Mayor of New York City, whose Bloomberg Philanthropies has contributed $50 million to the Sierra Club's Beyond Coal campaign. "The Sierra Club and its allies are ensuring that energy companies across the nation are investing in people and solutions that will grow and strengthen our economy for years to come."