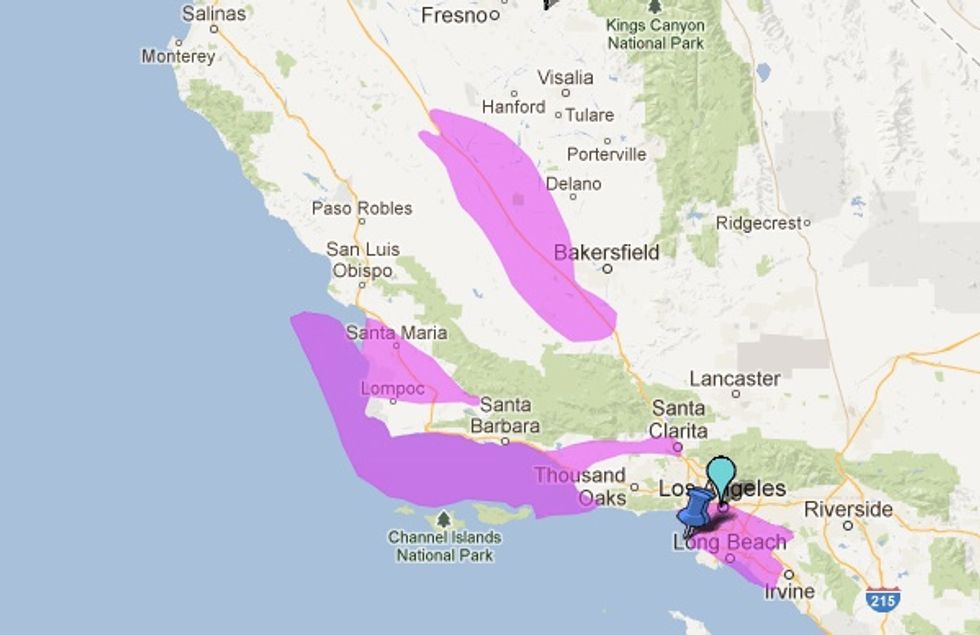 Three California assembly members have introduced bills to halt hydraulic fracturing in the state and mandate review of the threats the practice poses to the environment and public health. Fracking uses huge volumes of water mixed with sand and dangerous chemicals to blast open rock formations and extract oil and gas. The controversial technique—currently unregulated and unmonitored by state officials—has been used in hundreds and perhaps thousands of California oil and gas wells.

Reflecting growing concern about fracking’s threat to the environment and public health, Richard Bloom (D-Santa Monica), Holly Mitchell (D-Culver City) and Adrin Nazarian (D-East San Fernando Valley) have put forward three pieces of legislation—A.B. 1301, A.B. 1323 and A.B. 649—that would halt fracking in California until the state determines whether and under what conditions fracking can be done without threatening human health and the environment. Moves to halt fracking in California are supported by the Center for Biological Diversity, Food & Water Watch, Environment California and Clean Water Action.

“We applaud these legislators for their leadership in working to protect Californians from a dangerous fracking boom that could be devastating for the state,” said Brian Nowicki of the Center for Biological Diversity. “State regulators have shrugged off fracking’s dangers, so it’s up to lawmakers to stop oil companies from polluting our air, contaminating our water and undermining our fight against climate change.”

“Given that fracking is inherently unsafe and poses a direct threat to our communities, we welcome legislation that provides for a comprehensive statewide moratorium,” said Food & Water Watch pacific region director Kristin Lynch.

Fracking has been tied to water and air pollution in other states, and it releases huge quantities of methane, a dangerously potent greenhouse gas. More than 600 wells in at least nine California counties were fracked in 2011 alone, and oil companies are gearing up to frack oil deposits in the Monterey Shale, a geological formation that lies beneath some of the state’s most productive farmland and important wildlife habitat.

“Fracking is an environmental nightmare,” said Dan Jacobson, legislative director of Environment California. “It pollutes our water, contaminates our air, destroys our beautiful places and keeps us addicted to fossil fuels. We need to ban fracking now.”

Fracking routinely employs numerous toxic chemicals, including methanol, benzene, and trimenthylbenzene. A 2011 report from the House Energy and Commerce Committee found that more than 750 different chemicals are used in fracking fluid and that many are toxic, carcinogenic or otherwise hazardous.

"We commend these legislators for stepping up on this critical issue,” said Andrew Grinberg of Clean Water Action. “Our state needs to put a halt to fracking, and ensure that this dangerous practice does not harm California's water, air, health and communities."