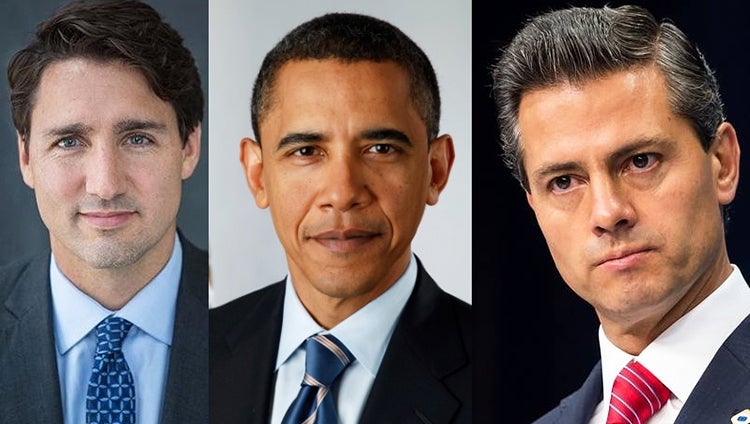 President Obama, Canadian Prime Minister Trudeau and Mexican President Nieto are expected to announce a joint plan to generate half the three nations’ electricity from clean power by 2025 at tomorrow’s North American Leaders Summit. The plan encompasses not only renewables, but also nuclear power and carbon capture and storage operations. 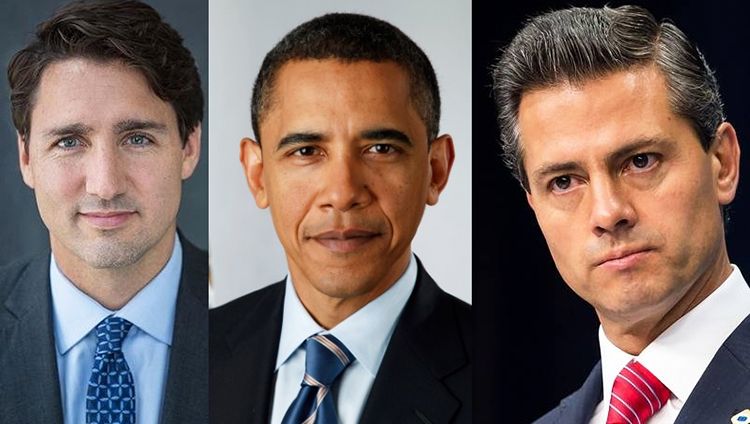 Including these sources, 37 percent of the countries’ electricity came from clean energy last year. Mexico is also expected to join the U.S. and Canada’s target of cutting methane emissions 40 to 45 percent by 2025.

White House senior adviser Brian Deese said the energy target is “an aggressive goal” for the U.S. but “achievable.” Deese also said that the cooperation on climate and energy policy between the three countries “is stronger than it has been in decades … In all three countries, there is a significant move toward a clean energy economy.”

Sierra Club‘s executive director Michael Brune agrees. “This agreement means the United States will more than double the amount of clean, renewable energy we get from sources like wind and solar within the next decade. Plus, this new commitment moves us towards achieving this goal five years earlier than under existing agreements.

“This is another demonstration of the international and North American unity behind a consensus for strong global climate action. Now more than ever, it’s time we retire dirty and dangerous sources of energy like coal, oil, gas and nuclear, crack down on existing sources ofmethane pollution here at home, and commit toward growing a clean energy economy that creates jobs and protects our communities.”

Lou Leonard, senior vice president of climate and energy for the World Wildlife Fund, sees the coming announcement as “a clear signal that cooperation, not isolation, remains atop of the global climate agenda.”

“As the largest energy consumer, the United States must lead the way to this collective continent-wide goal by exceeding it at home through truly clean renewable energy and higher energy efficiency, Leonard said. “There’s a big gap between what leaders pledged in Paris and the emissions cuts needed to fend off the most dire impacts of climate change. The United States needs to continue to drive international cooperation to accelerate emissions reductions and help developing countries leapfrog dirtier pathways. Today’s announcements help move us closer to closing that gap.”