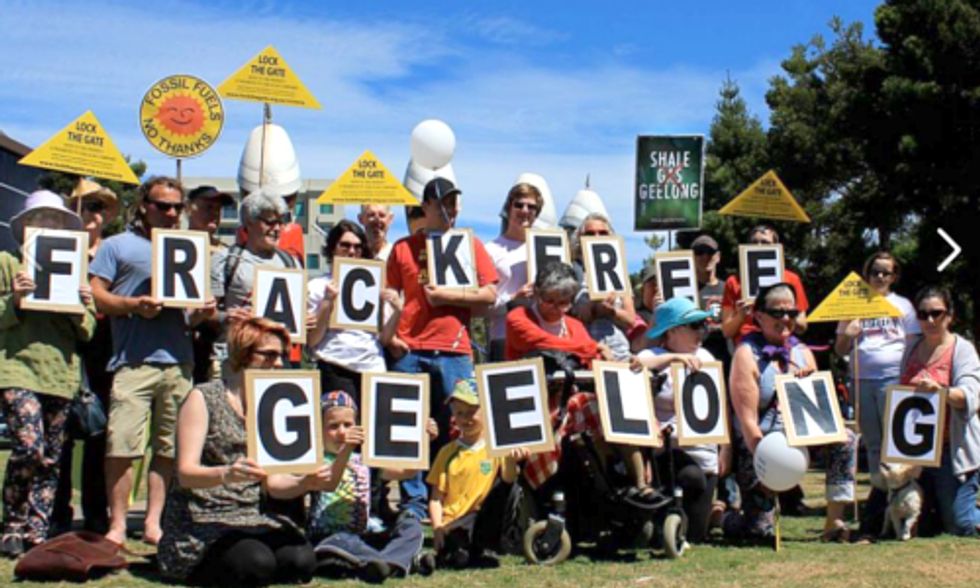 On Saturday, Oct. 19, thousands of people joined together in an international day of action, with more than 250 events on six continents, calling for a ban on fracking.

“Fracking is a global issue with significant policy and political implications both in the U.S. and overseas,” said Food & Water Watch Executive Director Wenonah Hauter. “In January, President Obama promised to take ‘bold action’ on climate change, but his plans to accelerate drilling and fracking will only exacerbate the problem. It’s time for him to be a leader on the global stage and reject fracking as many communities around the world have already done.”

A sampling of Global Frackdown 2 events in the U.S., included:

"The Global Frackdown shows that the movement for a ban on fracking is truly worldwide. To frack or not to frack comes down to this simple choice: do we want another fifty years of dependency and addiction to toxic fossil fuels, or do we want to move on—worldwide—to renewable energy,” said Josh Fox, the director of Gasland and advisory board member for Americans Against Fracking.

“From every perspective; be it water and air contamination, global climate change or the health of our democracies worldwide, we need to break from the past. The Global Frackdown is one of many powerful moments where the world is saying we need to move on."

A recent poll released by the Pew Research Group finds that opposition to fracking has grown significantly across most regions and demographic groups, according to Food & Water Watch. Overall, 49 percent are opposed to increased fracking, up from 38 percent in March. Scientific studies continue to confirm the inherent dangers of fracking to the environment and public health. American people are seeing through the millions of dollars being spent on advertising by the oil and gas industry, and are increasingly opposing fracking, according to Food & Water Watch.

Polls in key states such as New York, California and Pennsylvania also show high levels of opposition to fracking. A recent poll released by Siena College finds that 45 percent of New York voters oppose the state Department of Environmental Conservation plans to move forward with fracking in the Southern Tier.

“Fracking is an environmental nightmare–from contaminated water in New Mexico to residents getting sick in Pennsylvania to tons of global warming pollution released,” said John Rumpler, senior attorney at Environment America and co-author of Fracking by the Numbers: Key Impacts of Dirty Drilling at the State and National Level. “As the truth gets out about all the damage done by this dirty drilling, more and more people are calling for a ban on fracking.”

Last week, the European Parliament voted to require energy companies to conduct environmental audits before commencing drilling and fracking, and a French court upheld a ban on fracking. Bulgaria and some Swiss and German states have also adopted a ban or a moratorium on fracking activities, and other European Union member states, such as the Czech Republic, Romania and Germany are considering a moratorium on fracking until an adequate regulatory framework has been is in place for unconventional energy projects such as shale gas, according to Food & Water Watch. To date, 383 communities in the U.S. have passed measures against fracking.

“All over the world people are rising up to say, ‘Instead of fracking for ever dirtier fuel, it's time to tap the endless energy of the wind and sun,’" said Bill McKibben, founder of 350.org.