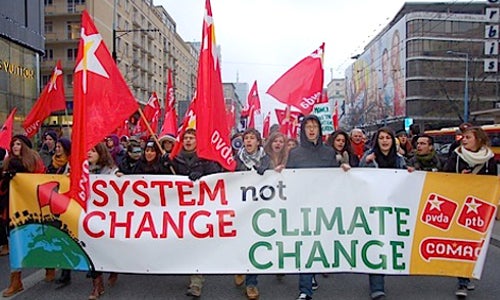 This morning in Warsaw, Poland, climate activists staged a public action in front of the Polish Ministry of Economy—the venue for the greenwashing Coal and Climate Summit—to voice their outrage and reiterate a simple reality: there is no such thing as clean coal. 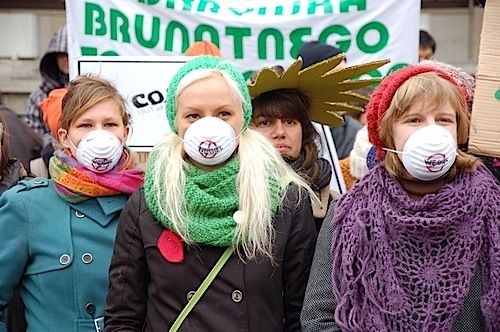 The Polish government, a long-standing opponent of renewable energy and action on climate change, has teamed-up with the World Coal Association (WCA), representing the most polluting corporations in the world, to host the International Coal and Climate Summit taking place on the sidelines of the UN climate talks currently underway in Warsaw.

The conference is a desperate attempt by the coal industry to greenwash their industry—but thanks to the teamwork of activists from across Eastern Europe and around the world, coal is still a dirty word. Our movement’s demand is clear: an immediate phase out of all coal technologies and a shift of investments towards energy technologies that respect peoples’ health, the climate and environment. Dirty fuel sources like coal have no place in a twenty-first century clean energy economy. 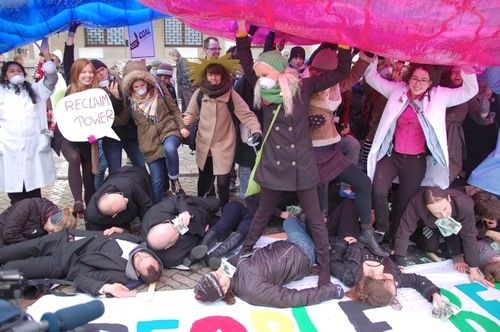 The government and the WCA described the event in vague terms as giving the coal industry “a rare chance” to “be a key part of the climate debate”, a supposed “contribution” to the UN climate talks. But the actual agenda of the coal conference is far less deceiving: promoting public subsidies to the dirty coal industry—and thus augment the $544 billion spent on subsidies to the fossil fuel industry in 2012 alone. This summit makes a mockery of the UN climate treaty and of those working to combat climate change.

But the summit also highlights how out of touch with reality the Polish government is as a growing anti-coal movement is quickly gaining momentum just this year, globally: 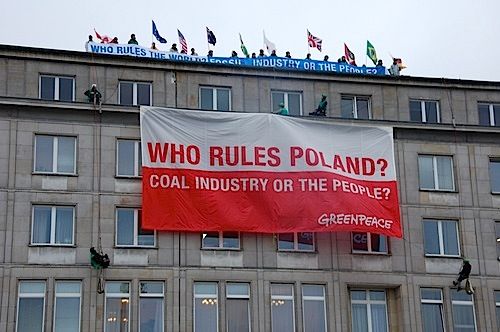 Here in Poland, 89 percent of citizens are in favor of increasing renewable energy production in Poland, according to a recent Greenpeace poll. As many as 73 percent want the Polish government to be active in preventing dangerous climate change while coal and lignite based energy received minimal support.

Over the weekend, thousands of people from around the world marched outside the UN Climate Talks in Warsaw, Poland to demand climate justice, Jamie Henn of 350.org reported. 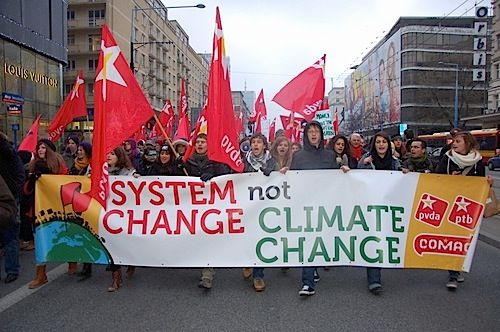 Members of 350.org attended the march, along with partner organizations who are fighting fracking, coal and other fossil fuels, working to build clean energy solutions and determined to institute climate action. 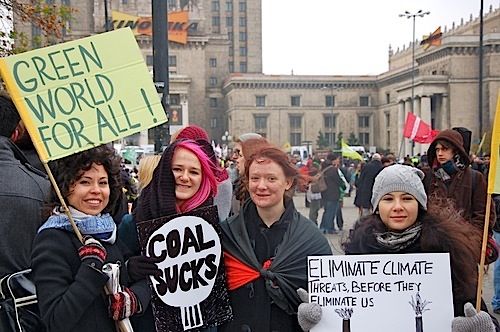