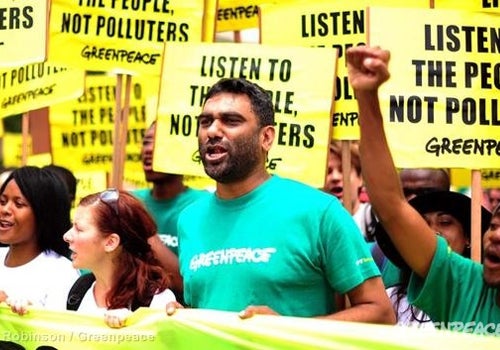 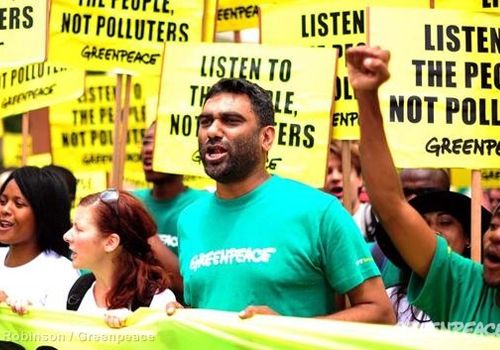 For a week now government negotiators working on the plan for ‘Long Term Co-operative Action’ on climate change have been scattered across a conference center in Durban, South Africa negotiating over the wide range of issues not covered by the rules of the Kyoto Protocol. This includes two questions central to the success of these talks. The first is how to fund renewable energy and forest protection measures in developing countries, and how to support people living in those countries to adapt to climate change. The second is the question of whether or not countries will agree to sign a new comprehensive legally binding treaty by 2015.

This morning all of the different viewpoints of the countries here were brought together in a single document – the draft text that will now be haggled over in the second week of these talks.

The document presented is 131 pages long, which in itself shows how complex the negotiations will be over the coming days, and how far we still have to go to reduce them to the few pages that ministers can sign up to in the final hours.

There are areas where progress has been made and agreement is close, for example on technology co-operation. There are other areas where countries have been negotiating for years and have made little progress in reducing the divergent options on the table (an example of this is the text on long-term finance—how much money goes into the Green Climate Fund and where it comes from).

Green Climate Fund
Developing countries are growing tired with the delay in delivering on the $100 billion dollars first pledged in the run up the Copenhagen. One option to bring these delays to an end would be to decide on a so-called ‘work programme’ on sources of finance with a clear deadline set for the 18th Conference of the Parties (COP18) next year. This would mean that countries who pledged the money would have to focus on its delivery—and could free up other parts of the negotiations which are currently blocked because it is not certain if that money will come.  A positive move, and one which shows that new alliances are beginning to emerge between progressive developed and developing countries, South Africa put forward proposals to raise money through levies on the aviation and shipping sectors. More progress on long-term finance will be required before there is the possibility of a deal being done here in Durban.

But when will we have a deal?
One important thing was revealed upon publication of the draft text—some areas are so sensitive that whilst intense political discussions are going on behind the scenes, there aren’t yet a series of clear options on the table for negotiators to discuss. One of these issues—one central top these talks—is the question of whether or not there will be a mandate to negotiate a new treaty by 2015. In reaction to the text published, the U.S. chief negotiator Jonathan Pershing indicated that his country doesn’t even accept that it’s in a negotiation about this issue. Yet at the same time, China was indicating in a public statement that it is now open to the possibility of taking on legally binding emissions cuts—a potentially important step towards a wider agreement on a treaty.

Forests
Meanwhile, in another part of the building efforts were being made to finish talks in what are normally considered to technical, rather than highly political, issues. But today there was an outbreak of politics in the discussions on tropical forests. In a hard-won victory last year in Cancun, progressive countries achieved agreement on a series of safeguards to make sure plans to cut emissions from forest loss would also protect biodiversity and the rights of indigenous peoples. But today the original opponents to strong safeguards (including Brazil) restarted the battle, by arguing that they shouldn’t have to supply information about how they’re actually applying those safeguards in their own countries. In other words, they don’t want to be forced to reveal if they’ve broken the rules.

Brazil is at risk of losing its previous reputation as a relatively robust defender of tropical forests because right now, back in Brazil, plans are going forward to deconstruct their national laws for protecting the Amazon with the new Forest Code. The new code would make it legal for agribusiness to cut down much larger areas—risking a rapid increase in forest loss and carbon emissions.

Meanwhile, outside of the UN talks, thousands of activists marched on Dec. 3 in Durban during a ‘Global Action Day’ to step up the pressure on the government negotiators. Greenpeace was there, demanding governments listen to the people not the polluting corporations and take action on climate change.