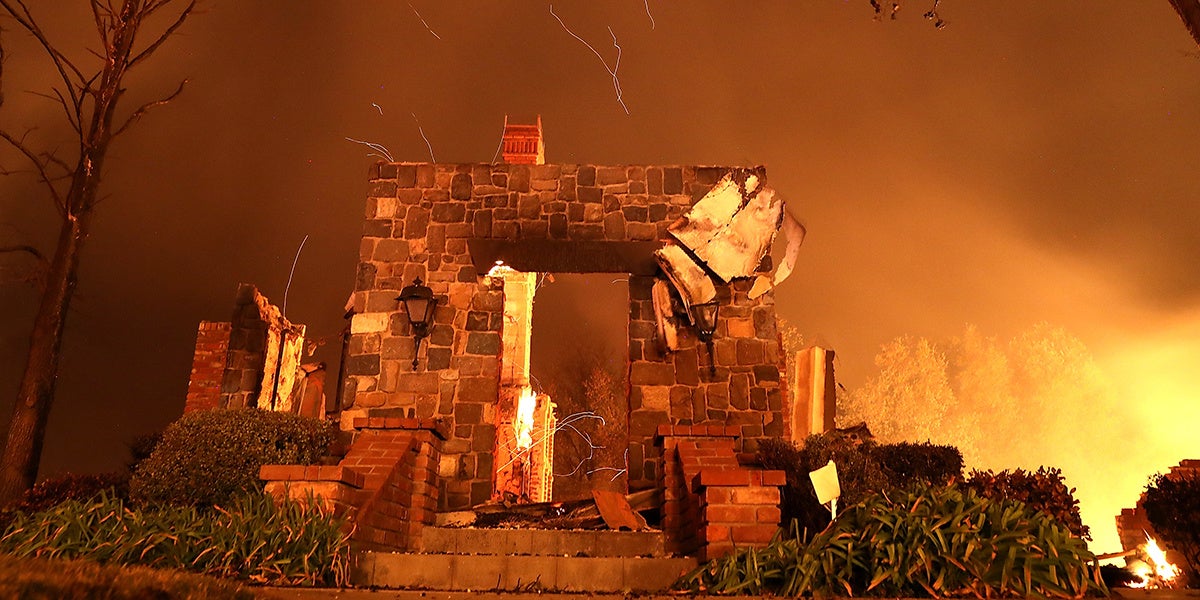 An out-of-control wildfire in Northern California burned its way into the town of Redding Thursday night, forcing thousands to flee and leading to the second fire-caused death in the state this month, CNN reported.

“This fire is extremely dangerous and is moving with no regard to what’s on its path,” Cal Fire Incident Commander Chief Brett Gouvea said, according to CNN.

The fire began Monday due to a mechanical problem with a vehicle, but tripled in size Thursday because of hot temperatures, low humidity and wind, ABC News reported.

The fire, which has burned 28,763 acres and is only 6 percent contained, burned through several smaller communities before advancing on Redding, CNN reported

The city of about 92,000 was not given much advance warning of the approaching blaze, leading to traffic jams as residents made to evacuate, ABC News reported.

The fire also forced the Mercy Medical Center to evacuate five babies in its neonatal intensive care unit and the KRCR-TV station to go off the air as its building was evacuated.

“Really we’re in a life-saving mode right now in Redding,” Cal Fire battalion chief Jonathan Cox told ABC News. “We’re not fighting a fire. We’re trying to move people out of the path of it because it is now deadly and it is now moving at speeds and in ways we have not seen before in this area.”

The fire’s one victim was a private bulldozer operator who had been hired to remove vegetation in the fire’s path, Cal Fire spokesperson Scott McLean told ABC News.

The fire has also injured three firefighters and an unknown number of civilians, McLean said.

The Carr Fire isn’t the only blaze burning in the state that is suffering a heat wave and full of dry trees and brush.

Brown has declared states of emergencies for the three largest fires, ABC News reported, but there are currently six large fires burning in the state and 88 in the country, according to CNN.

One, the Ferguson Fire, prompted the closing of Yosemite Valley and was responsible for the first fire-related fatality of the month.

Another, the Cranston Fire in the San Bernardino National Forest, has burned 7,500 fires and is five percent contained. It led to the evacuation of the entire town of Idyllwild and other nearby communities.

Thirty-two year old Brandon N. McGlover was arrested Wednesday for allegedly starting the Cranston Fire and others in the area.

Climate change has been linked to the igniting of more frequent, severe wildfires around the world