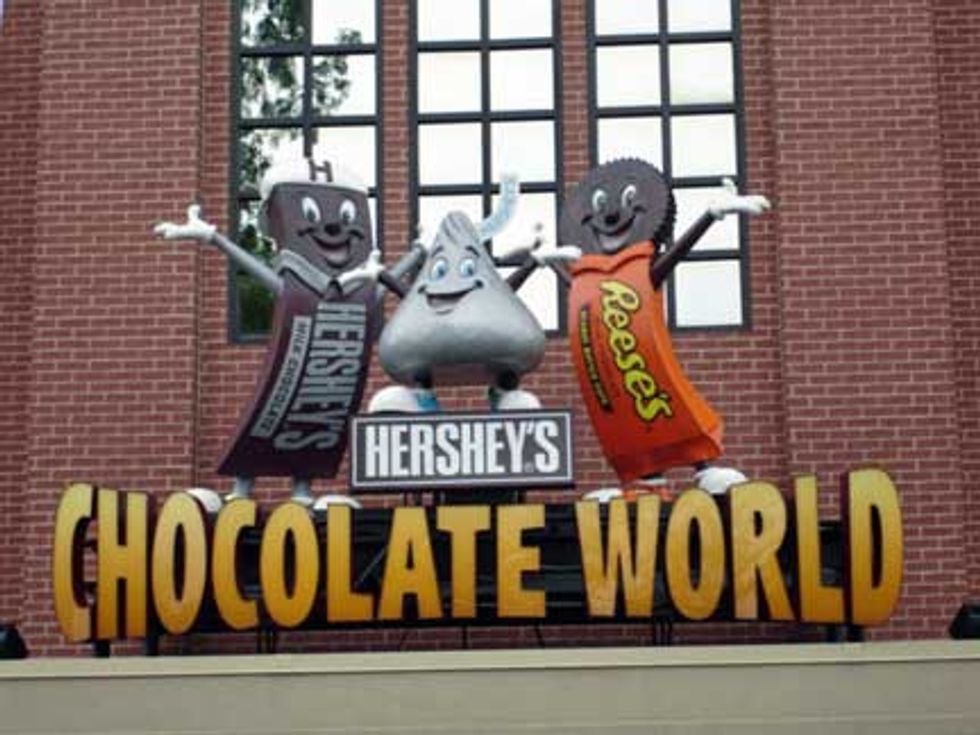 More than 30,000 consumers have joined a popular campaign on Change.org calling on Hershey to commit to buying cocoa certified as being produced without child labor, forced labor or trafficked labor in time for Halloween.

Raise the Bar, Hershey!, a coalition of organizations fighting the rampant and ongoing labor abuses in the cocoa industry like child slavery and child labor, is leading the campaign on Change.org following Hershey’s continued failure to make reasonable efforts to keep labor abuses out of its supply chain. Raise the Bar, Hershey! has also produced a mock-commercial which reveals the exploitation behind the child labor chocolate many trick-or-treaters will receive this Halloween.

“A decade ago, Hershey signed an agreement, now known as the Harkin-Engel Protocol, in which they promised to help fight child slavery and other abuses in the cocoa industry,” said Elizabeth O’Connell, fair trade campaigns director at Green America, and member of the Raise the Bar, Hershey! coalition. “Yet it has done far less than other chocolate companies to address these abuses. This Halloween, thousands of consumers are telling Hershey they’re fed up with cocoa tainted by the abuse of children.”

News of the online petition campaign’s success will increase pressure on Hershey. In addition to the petition and mock commercial, Raise the Bar, Hershey! is planning a call-in day, a Halloween costume contest to call for fair trade cocoa, and rallies at Hershey stores in New York, Chicago and Niagara Falls.

“What the consumers and activists of Raise the Bar, Hershey! have accomplished is remarkable,” said Amanda Kloer, director of organizing for Change.org. “With limited resources but with strategic planning and execution, they’ve recruited more than 30,000 supporters, developed a brand-jamming video and launched a social media campaign. Change.org is about empowering anyone, anywhere to demand action on the issues that matter to them, and it has been incredible to watch this timely campaign take off.”

Change.org is the world’s fastest-growing platform for social change—growing by more than 400,000 new members a month, and empowering millions of people to start, join and win campaigns for social change in their community, city and country.